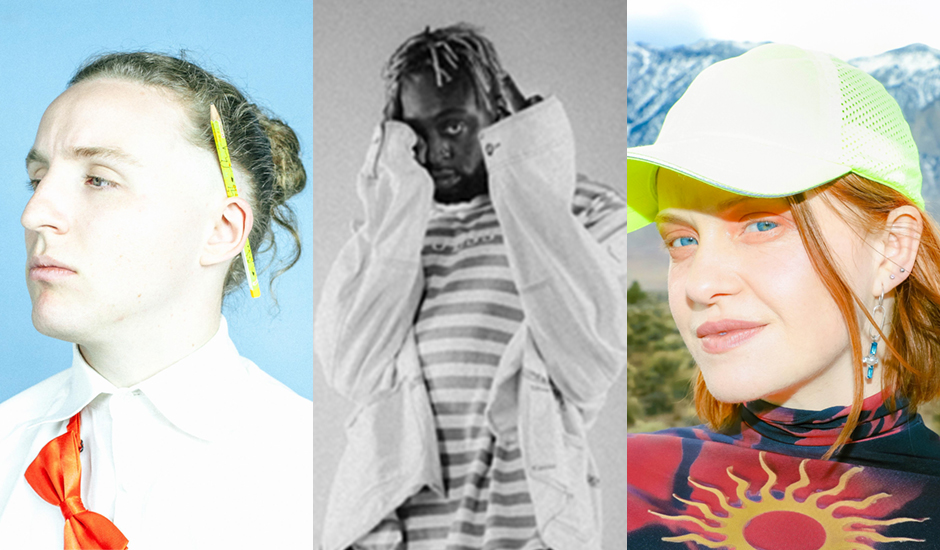 Every week, we're hammered with tonnes of new music from Australia and afar, so much so that at times, it feels a little overwhelming and you're not quite sure where to begin. Every week, we run down this week's must-listen singles and releases, this week featuring names like Kwame, KUČKA, CLYPSO and more. Check out Pilerats' homepage for more brilliant music and news, or subscribe to our Spotify Office Playlist for easy listening.

Kwame is a rapper who refuses to be held to one sound. Since his explosive 2018 break-out WOW, the Ghanaian Sydney-based musician - a multi-disciplinary force often found producing, writing, rapping and engineering his work - has swerved between sounds and energies bound together by this distinct Kwame-unique flavour, something front and centre of his 2018 EP Endless Conversations. and the smattering of work he's done since: 2018's stand-alone single CLOUDS., covering Kendrick Lamar's Alright for triple j Like A Version, and working with Wave Racer to mark his return with Summer Rain earlier this year.

His new single, STOP KNOCKIN' @ MY DOOR!, is perhaps the most evidence Kwame's given to being a multi-sound rapper not forcing himself into a box, launching into a new signing with Def Jam AUZ (!) through a classic hip-hop sound distinctive of the sample-built sounds of the 90s and early-00s, chopping-and-screwing a classic sample and utilising it as a backbone for his quick-paced flow over the top. Part-Kanye, part-Pharrell, the track is a display of Kwame's brilliance in both the rapper and production chair, showcasing his strengths as he bounds towards his third EP, expected sometime next year.

It's been a while between drinks for KUČKA. The formerly-Perth-based musician is an old favourite, causing a stir back home as one of the state's formidable electronic musicians with her early work back in 2014/2015; her debut single Divinity the most notable example of which. In the time since, she's become one of the country's - one of the world's, even - most in-demand collaborators, working closely with everyone from Cosmo's Midnight and Flume to Dro Carey and A$AP Rocky while cultivating a solo career to be defined by her upcoming work, which is said to feature Flume, Baauer, Nosaj Thing and a host of other collaborators.

Her new single, Drowning, is her first solo work since 2016 and it puts KUČKA back in control, enlisting Flume for a swirling, experimental-pop effort that wouldn't fall too out of place from the work she's done thus far. With Flume's signature percussive crunch and swirling synths underneath, KUČKA forms a rich soundscape for her signature vocal to float amongst, stepping into control as she melds vulnerability with experimentation. "I thought about my own life and times where I felt I was barely able to keep afloat and wanted to capture that feeling, but also wanted the track to feel optimistic as I definitely wasn’t in that place anymore. I felt like the delicacy of the vocals showed this vulnerability but the distorted beats showed power and I love how they work together to create a jagged yet beautiful texture," she says. Catch her at Laneway Festival 2020.

Australia's hip-hop scene is having a moment, and it's something that's catapulted some incredible acts into the limelight. Although he's been an active member of Australia's rich rap scene since late-2015, Brisbane-based rapper/producer Nerve is an act most definitely affected by this rising wave, with a series of singles throughout 2019 - the explosive A Bomb, Big Switch, Walk & Talk, Gone Stupid and A.S.M.R. among them, the latter of which also featuring two members of Triple One and Raj Mahal - placing him as one of the country's most exciting names.

Last week saw the arrival of his latest mixtape Mumma's Boy, eight tracks of Nerve's trap-rap sound moulded and bent into various sounds and flavours that are all distinctly Nerve, bound together by his signature delivery and that rich energy we've come to love from the rising force. One of the mixtape's highlights, Sunday Roast, is a playful moment of comedic-rap from Nerve that brings everything we've come to love from the rapper over the years, with a percussive trap sound forming a production for Nerve to flex over; his witty lyricism and quick-thinking on display as he delivers, as the song's title suggests, a good ol' Sunday Roast.

Since grabbing our attention with 2017's colourful pop-bop Yolo, Sydney-based musician CLYPSO has blossomed into one of our favourite's of Australia's captivating electro-pop scene, often found blending head-turning productions rich with energy and flavour with her own colourful vocal which almost always feels uplifting and bright. It was something highly present on her collaborative debut EP Cameo earlier this year, which saw her signature sound unite guests including Kwame and Sophiegrophy, both of which introducing a bold hip-hop twist to her sound which seems to flesh out the brilliance in CLYPSO's songwriting.

Her new single, D.F.S. (Defend Your Situation), is her first track since Cameo and a strong return to form, with blaring horns marking the arrival of one of the year's most infectious sounds - not that we'd expect anything less from CLYPSO at this point. It's energetic and anthemic, with catchy hooks and a pulsing beat coming together as CLYPSO showcases her strengths. "I think we can all feel this palpable energy around, sociopolitical and cultural, and the song is a reflection of this bubbling energy," she says on the track. "You can’t change it so screw it. Why give them a free ride on your energy when you know all they want is to ‘be somebody’? You know your real situation so, defend it."

Over the last two years, we've had the pleasure of watching JEFFE flourish from a practically-unknown name to one quickly on top of Australia's pop scene, whether it be through her captivating and career-spanning debut EP One Hundred Percent earlier this year - which packaged her consistent stream of singles thus far into one defining release, playing Listen Out Festival in the few weeks ahead, or her collaborative cover of Talking Heads' Road To Nowhere, which saw her come together with Ro, Didirri and WASHINGTON for an incredibly beautiful moment.

Her new single, Motionless, is a darker moment that takes her bright pop sound and twist it with heavier, brooding themes. Questioning "What’s the fun in living out a life that’s motionless?", JEFFE pairs her swelling vocal with a punchy production full of staccato melody stabs and thick bass, creating a heavy musical landscape that would come to soundtrack The Australian Ballet's 2020 launch video; positioning her brooding single side-by-side with dancers out in the sundrenched landscape of the Australian outback. Catch her Listen Out across the rest of this month, and into next. 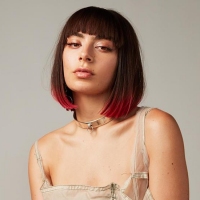 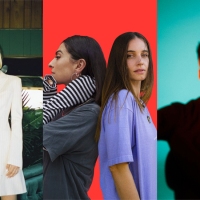