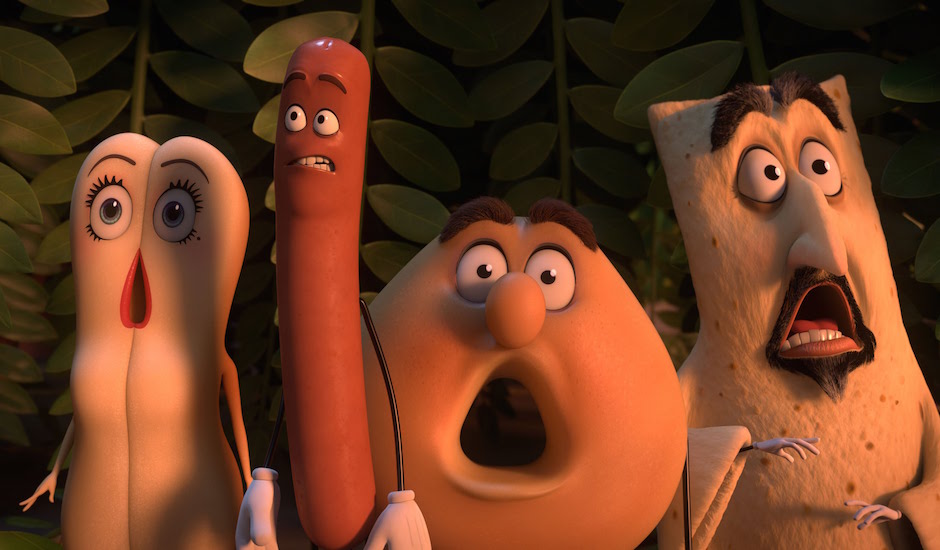 Is there a more consistent comedy writing duo in Hollywood right now than Seth Rogen and Evan Goldberg? Since 2007's Superbad, we've been gifted Pineapple Express, This Is The End, The Interview, The Watch, The Green Hornet, Neighbors 2 and most recently graphic novel adaptation Preacher. Of that list, only The Watch and The Green Hornet weren't great (plus The Interview for some), but they're also far from terrible and the kind of movies the likes of Adam Sandler could only dream of making in 2016. Their latest effort, Sausage Party (also written by Kyle Hunter and Ariel Shaffir) is easily one of this year's funniest movies, definitely it's funniest animated movie, and another notch on the belt for two dudes who really know how to make us laugh.

The hype for Sausage Party has been real ever since the trailer for the Pixar/Dreamworks send-up first dropped, and unlike some other movies this year, the final product more than delivers. Set in a generic supermarket called Shopwell's, the film follows a hot dog sausage, Frank (Seth Rogen) searching for the truth behind his (and the rest of the goods available in said supermarket's) existence. Under the belief that humans are Gods, and to be chosen by one and taken out of the store is to journey onwards to "The Great Beyond", there are early signs that all is not what it seems beyond the great big sliding doors of Shopwell's.

On face value, Sausage Party could easily be taken as a great piss-take on the golden age of feel good Pixar animation, with movies like Inside Out and Up clutching at the heart strings at every turn (and doing so very well, mind), but to dismiss it there would be a disservice to the subject matter that's covered over the film's fleeting hour-and-a-half. Surprisingly (or unsurprisingly, given Rogen and Goldberg's output over the past 10 years), it tackles some very heady subject matter with a deftness and understanding rarely seen in comedies these days. And it does so in a fashion that never feels heavy handed or on the nose.

It digs deep into religion and race relations, existentialism and sexuality in such a wonderfully subversive manner that in between fits of seriously laugh out loud moments (which are plentiful), you find yourself looking deeply at how we treat the people around us and your own belief systems without even realising it.

This is helped along by the energetic and at times fucking hectic direction from Greg Tiernan and Conrad Vernon (Monsters V Aliens, Madagascar 3), along with a voice cast that is a huge list of the usual suspects (Kristen Wiig, Jonah Hill, Michael Cera, Bill Hader, James Franco, Danny McBride, Craig Robinson, Paul Rudd). While they're all great, it's the outsiders that provide some of the film's best characters, including Nick Kroll (The League) as a juiced-up douche (the film's other antagonist next to humans), Salma Hayek as a lesbian taco, and Edward Norton as a very Jewish bagel, Sammy Bagel Jr, constantly fighting with David Krumholtz' Vash (a very proud Armenian lavash).

For a film dealing in such heady topics,it gets into wonderfully fucked up places (there's a joke about Nazi sauerkraut wanting to exterminate the juice within the film's first 10 minutes), and the movie's gloriously debauched/violent finale is brilliant. 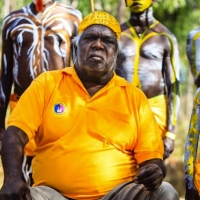 The Right Stuff #2 – Rom Watangu (The Law of the Land)The news you deserve. 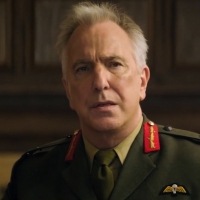 Review: Eye In The SkyAlan Rickman stars in one of his final roles.
Light & Easy