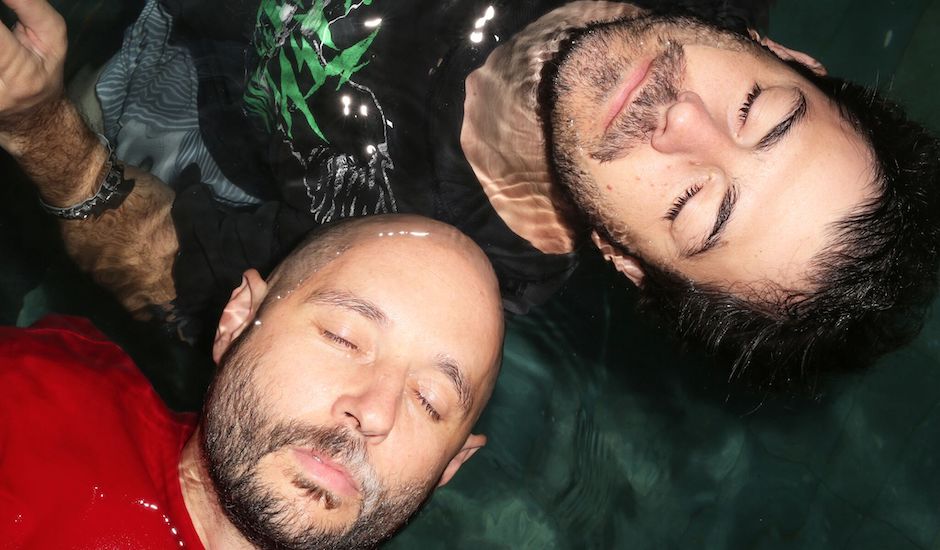 Every week, we're hammered with tonnes of new music from Australia and afar, so much so that at times, it feels a little overwhelming and you're not quite sure where to begin. Every week, we run down this week's must-listen singles and releases, this week featuring names like GRAACE, Washington, WAAX and more. Check out Pilerats' homepage for more brilliant music and news, or subscribe to our Spotify Office Playlist for easy listening.

After teasing us with an absolute banger of a tune, Lightning, this electronic duo from Sydney have hit us with Wild At Heart, another track from their forthcoming album, Horizons. Bag Raiders, made up of Jack Glass and Chris Stacey, is a name that everyone should be familiar with, and if you’re not, you definitely know their song, Shooting Stars - which created a whirlwind of memes a couple of years back. Although Shooting Stars has driven much of their recent success (somewhat unfairly, as their discography is as solid as it is long), it’s their latest LP, Horizons that is set to keep them on the map. Their latest release Wild At Heart features Pilerats favourite Mickey Kojak and is a song that could be featured on a coming of age movie as it surrounds itself with that ‘you only live once’ attitude. This ‘feel-good’ track revolves around defying expectations, grabbing life by the balls and committing to the unknown. It creates a narrative about being young and on a never-ending high, instilling that feeling of being on holiday and in your own little world away from the realities and responsibilities of the real world. “When we wrote this we were imagining a whole gang of kids singing the chorus. It felt like we were writing the anthem to our teenage selves! Everyone knows this feeling except, perhaps, the people who are in it! So there’s some nostalgia there too. But overall we wanted this to be as exuberant and in your face as possible. It’s rude, loud and proud!" With two new tracks and the news of a new album to be released later this year, keep an eye out for the announcement of some tour dates next week!

GRAACE – Have Fun At Your Party

Sydney-based singer-songwriter GRAACE is back with another emotionally honest track that aids in establishing the sound the 21-year-old is creating. Her brand new single, Have Fun At Your Party incorporates a mix of steady electronic production and raw, dreamy vocals that echoes themes of regret and unintentionally asking someone for help. The lyrics convey a sense of being desperately in love with someone but hiding strong feelings because of one’s desire to be selfless. GRAACE’s songwriting is becoming known for showing a vulnerable side that listeners can often relate to (“Did I let you down again or did I go crazy?”). She calls upon past situations and allows it to influence her writing intentions, saying that “I was ‘dating’ someone when I started writing this. We went a lot of the first few months together trying to deny how we felt about each other, constantly pushing one away then pulling them back. I wanted the listener to picture me drinking all night because I couldn’t stop thinking about them while they were out, because at the end of the day I was head over heels.” Known predominately for featuring on Hayden James’ huge hit, Numb, GRAACE has just spent the last month touring Europe and is set to finish up back in Sydney at Curve Ball on 8 June.

Creating an iconic hypnotic indie rock sound and becoming known as the “dream-pop idol of tomorrow” is Hariette Pilbeam, the Brisbane singer-songwriter that goes by the name Hatchie. After coming back to Australia and selling out all shows along the East Coast, she’s released a brand new single Obsessed which settles into this echoed mesmerizing sound full of reverb. As well as this track, she has also released a video, giving listeners an insight into what she has been getting up to in regards to her forthcoming debut album, Keepsake, set for release June 21st. Hatchie has revealed that Obsessed is about growth and friendship, “I wrote it when reflecting on my teenage tendency to cling to a new best friend for support until I eventually convinced myself I wasn't worthy of their friendship. It's ultimately a celebration of meeting somebody who you look up to who helps you grow into a more adventurous person." The classic rock-y sound of a Hatchie song is still embedded in this track, however, there’s a much more emotionally driven sound to the new album, with hints of dance-pop found in songs like Stay With Me. 2019 is set to be a busy year for Hatchie, with a number of tour dates happening in places like the UK, Europe and North America, lucky for us, she’ll be hitting the stage at Splendour in the Grass in late July, to show off the exciting new chapter that is Keepsake.

Currently one of the biggest Australian acts to keep an eye on is four-piece alternative rock band WAAX, who have released their latest track I Am ahead of their debut album set for release later this year. Although most of their songs feature distorted guitar riffs and heavy drums, WAAX want you to know there is so much more to them than that and have done so by focussing on lead singer Maz DeVita’s vocals in this straightforward and slightly more intimate new tune. They’ve used gentle acoustic guitar plucking under vocals, placing a spotlight on their lyrical ability, exposing not only DeVita’s strong style but also the honest writing they are including. It’s an openness that we haven’t seen from the band before and allows listeners to embrace the intention behind it, that being, to stand up and not forget the person who you want to be. Their sound reflects major artists like Tired Lion or Ruby Fields, and are set to get audiences singing along with them at shows across Australia, kicking off at Mojo's Bar in Fremantle on August 8.

Home-grown industry icon Megan Washington is no stranger to the Australian music scene with her strong place in the indie-pop scene and is letting everyone know she intends to keep it that way with new track, Dirty Churches. Washington is known for her vocally-driven and positively bouncy hits, however, her latest single takes another, much darker turn. Her powerfully iconic singing style is still present however, it’s layered over a beat that is much more stripped back and subtle; its strongest bit being the repeating kick drum that somewhat resembles the sound of a life-support machine, keeping the energy and emotion of the song alive as it draws longer. Dirty Churches “is a hymn to the imperfection, clash and surrender of a relationship” and is a song full of melancholic writing and drawn out synth sounds, making it a thought-provoking single giving us a taste of what is to come from this award-winning and captivating performer. To accompany this new track, Washington has also announced she’ll be playing 21 June, 27 June and 28 June, in Melbourne, Brisbane and Sydney respectively. 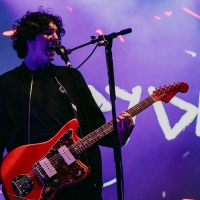 Angus & Julia Stone, The Jungle Giants + more talk their hometown secretsThey'll be playing alongside Hockey Dad, Alex The Astronaut, Client Liaison and more at The Drop Busselton this June. 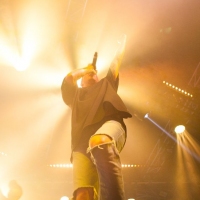 The Pilerats Guide to SOTA Festival 2019From John Butler and Drapht to Food Trucks and Glitter Stations, here's everything to do in Burswood Park this WA Day.
Light & Easy