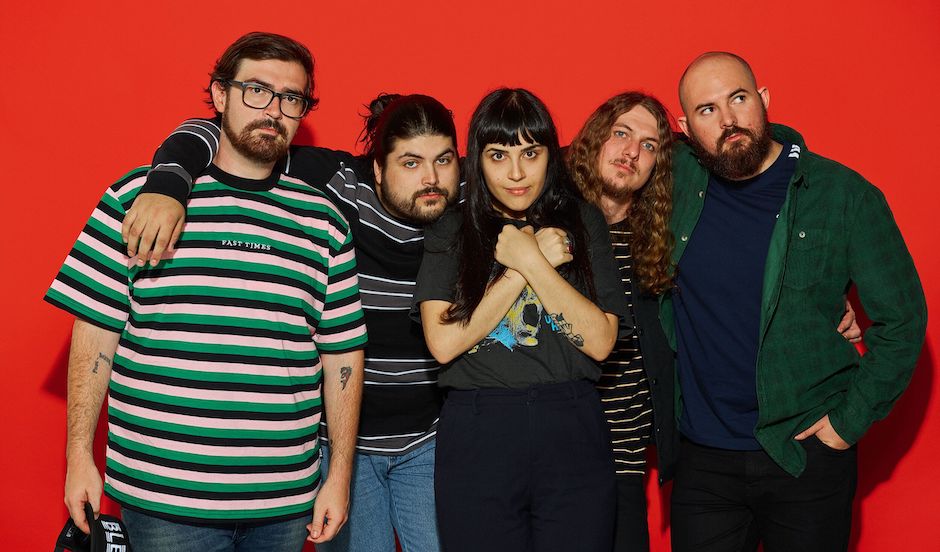 Every week, we're hammered with tonnes of new music from Australia and afar, so much so that at times, it feels a little overwhelming and you're not quite sure where to begin. Every week, we run down this week's must-listen singles and releases, this week featuring names like WAAX, Hatchie, Cosmo's Midnight and more. Check out Pilerats' homepage for more brilliant music and news, or subscribe to our Spotify Office Playlist for easy listening.

Brisbane rockers WAAX have become one of our favourite bands over the last few years, with the no-holds-barred lyrical attitude and slick, but very raw and real instrumentation placing them forward as one of Australia's best names, something they seem to solidify with every release - from last year's Hottest 100-charting Labrador to whatever they have planned release-wise for 2019. Speaking of, they're promising a big year to come (and just quietly, we can absolutely confirm this), and we've just received the first tease of said big year with FU - a ferocious fuck you that serves as the band's first single for 2019. FU is a single which explodes with WAAX's noted lyrical fierceness, with frontwoman Maz De Vita showcasing her raw and honest vocal through the single's catchy chorus hooks and soaring verses, which join in on a quite upbeat and exciting instrumental that keeps the energy high post-Labrador. "This song is about a situation with someone in your life who is taking advantage of you and finally having to acknowledge reality and stand up to them," says De Vita on the single. "I hope it's as cathartic for the listener as it was to write." Catch them preview new material at a special show at Perth's Lucy's Love Shack on March 23rd.

Hatchie - Without A Blush

Brisbane musician Hatchie is an artist that really needs no introduction on Pilerats, with the hazy, dream-pop star become not just an Australian indie darling, but someone quickly causing a scene internationally too - whether it be through her debut EP Sugar & Spice last year, or with one-off singles such as Adored which have dropped in the time since. Now, after a break-out 2017 and an even bigger 2018, Hatchie is promising world domination in 2019, announcing her debut album Keepsake for release on June 21st, while providing the album's first tease with Without A Blush. Without A Blush is a single that strengthens the pop mannerisms that mark Hatchie's past work, highlighting them and fleshing them out above swirling, washed-out melodies which sway with that signature Hatchie dreaminess. It's noticeably brighter, more upbeat and more accessible in comparison to her previous work, offering a brilliant entry place to her work if you're yet to be acquainted for whatever reason (seriously, you're missing out). Catch her on tour across March, April and May with a selection of support slots, festivals and headline shows, and pre-order Keepsake HERE.

2018 was the year of Cosmo's Midnight. After years of positioning themselves as one of Australia's most-adored electronic acts with singles and EPs, last year saw them take it to the next level with What Comes Next, a collaboration-heavy, career-encompassing debut album from the Sydney twins which essentially showcased why we've come to love them over the years, while also teasing what to expect from Cosmo's in future years - glistening pop hooks, funk-fuelled bass grooves, R&B shadings, hip-hop pace and a whole heap more. C.U.D.I. marks the pairing's first single since What Comes Next and it fleshes out some of these sounds into a fully-realised track, bringing these summer-soaked melodies together with catchy, earworming vocals which will never quite leave your head. It really keeps the sunny, summer feelings lingering into Autumn in the best of ways, something the duo have become masterful at over the years, and something that'll no doubt continue as they stomp around the country this May with special guests Banoffee and Arno Faraji - deets HERE.

Speaking of stand-out 2018s, it's hard to look past Milan Ring. The Sydney master-of-all-trades (she's a singer/rapper/guitarist/producer AND a mixing and mastering engineer on top of that) has become one of our favourite acts over the last twelve months, with Drifting's R&B-entwined, slow and subtle feel contrasting with her sensational, pop-leaning follow-up Green Light to showcase two very different sides of Milan Ring, both connected by masterful slickness and polish that has seen us coming back time and time again. Her latest single, Step Back, sees this continue as she revisits her more soulful sound, opting for a slow-burning R&B number not too far off what you'd expect from someone like SZA or H.E.R., with dreamy melodies matching an incredible vocal for a lesson in R&B subtlety and power. "This song is about finding your internal light and resilience. Brushing off negative rhetoric and not allowing it to shake you," she says on the track. "For anyone who has experienced any form of bullying and/or discrimination, this one’s for us." Catch her at headline shows through April/May - more details HERE.

When it comes to music, Sydney musician Thandi Phoenix is one who takes the quality over quantity approach, but it works. Over the last four years, the rising musician has kept it to a single song a year - beginning with 2015's debut Come Around - using a rather minimalist approach to the standard electro-pop release cycle to ensure that every release she shares is highlighted and talked about as much as possible, whether it be collaborations with Rudimental, Set Mo and Just A Gent, or acoustic versions and remixes of her discography. After last year's quick-paced, Rudimental-produced My Way, last week saw Phoenix return with another stellar single Say It, which sees her team up with UK dance legends Sigma for another fiery release that this time, pairs her vocal with a swelling, house-leaning production that takes hints from the 90s-esque UK house scene. "The song was written and produced between Sydney and London and it’s about the power of vulnerability, that desire for someone to be completely honest, transparent, real and bold with you about their feelings," she says on the single. It's a real treat, and let's hope it signals more to come from the Sydney star in 2019. 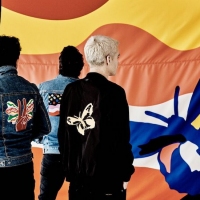 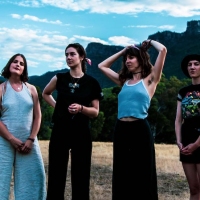