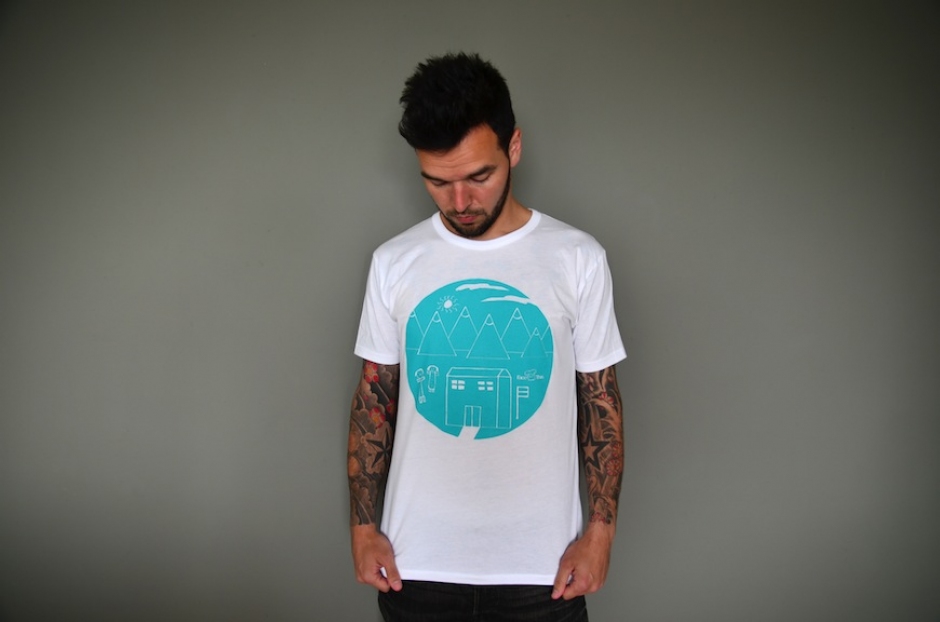 What happens when Dutch designers create cool T-shirts with drawings made by Indonesian school kids? Face This is what happens, a foundation that uses the profit of each t-shirt sold to support the school for those same kids. We'll let Jos van der Hoek from Face This explain...

Can you tell us about how Face This came about and what the story is?
Travelling literally broadens your horizons. During our (me and my girlfriend) holidays to Indonesia we directly noticed the harmony and togetherness the Indonesian people seem to live in. Very different to our place (Holland). No matter how less they have, the Indonesian people help each other out. When we decided to do something back for the Indonesian people we said to each other: we are not gonna say ‘these people are poor, so donate’. Instead we wanted to set up something positive, something inspiring about the Indonesian people, something we in the west could learn about. So we build our message around ‘gotong royong’: a local Indonesian wisdom which is all about togetherness and mutual aid. Because we believe the world gets a better place when people care about one another, we think it’s our mission to help spread this story. That’s why we asked Indonesian school kids to tell us about ‘gotong royong’ by making drawings about this cultural phenomena. And with our T-shirts with those ‘gotong royong’ drawings on it, you are able to help us spread the ancient Indonesian story about togetherness. In fact: by wearing a Face This tee, you’re first ‘gotong royong’ act has been accomplished. Because the profit of every Face This tee is used to improve the marginalized schools of the kids who made the drawings. That’s why we say: Togetherness starts with a tee.

You seem to have a deep connection with Indonesia, can you tell us about the relationship and what makes it so special?
Yeah, you see I was born in Indonesia but got adopted when I was two months old. When I got back to Indonesia it was 2006. Before that year I had the privilege to enjoy a wonderful family and friends, good education and I was able to work at interesting companies. When I came back to Indonesia for the first time I realized my adoption abruptly had changed my life. Because I was born in Indonesia it would have made more sense I would grow up in poverty. But somehow it turned out the other way. So I really feel connected to the kids in Indonesia. And because my girlfriend is a teacher we decided to support marginalized schools throughout Indonesia. But on a sincere way – not by telling ‘these kids are poor’. No, they have an interesting story about togetherness to tell.

You have been working on this project for the last couple of years. It is an awesome idea and something that has no doubt benefitted Indonesian children and the community, can you share with us some of your fondest memories?
I think that’s the moment we finished our first school project, which was located on the Indonesian island of Lombok. At that moment we sold three t-shirt collections and made around 15.000 euro. With that money we were able to renovate two existing class rooms, build two completely new ones, gave the teachers extra courses and provided the school with lots of school materials. At that moment we actually saw what happened with just a few drawings made by the kids of the school. And that’s exactly what we want to tell: whether you are an Indonesian school kid, a Dutch designer or just someone who likes cool tees: everybody can do his/her ‘gotong royong’ part to create a better world.

You have recently released a short film that features songs from Alt-J how did that come about? It’s awesome to have such a popular band get on board.
Yeah we are very proud Alt-J wanted to co-operate with us on this. While we were shooting the footage in Indonesia we kept playing their album over and over again. And while looking back at the images we just shot we realized the sounds of ‘An Awesome Wave’ gave the footage an extra inspirational level. So we made the video with the tracks of Alt-J, sent it to Alt-J and after they watched it, they donated the use of the tracks.

The t-shirts are rad. Do you plan on stocking them worldwide in stores? And do you think you will be adding more to range?
Thanks for the thumbs up! Yeah, at this moment we are preparing to stock shops around the globe with our T-shirts. It will be our next step in expanding to an international audience. Because until now, we only sold our T-shirts in our home country Holland. But thanks to Green Orange Fashion, an international sustainable fashion platform, we are able to reach out to international buyers.

What does the future hold for Face This, will you be expanding and what’s next?
At this moment we are completely focused on our expansion to international fashion shops. What comes next? I don’t know. We are not the kind of types who have a long term plan. We’d rather do good what we are doing right now. But we will always be working with the creativity of the kids who we are supporting. But if we have something newsworthy to tell, you are the first to know.

Head to the Face This WEBSITE or FACEBOOK for more info on how you can look awesome and be awesome at the same time. 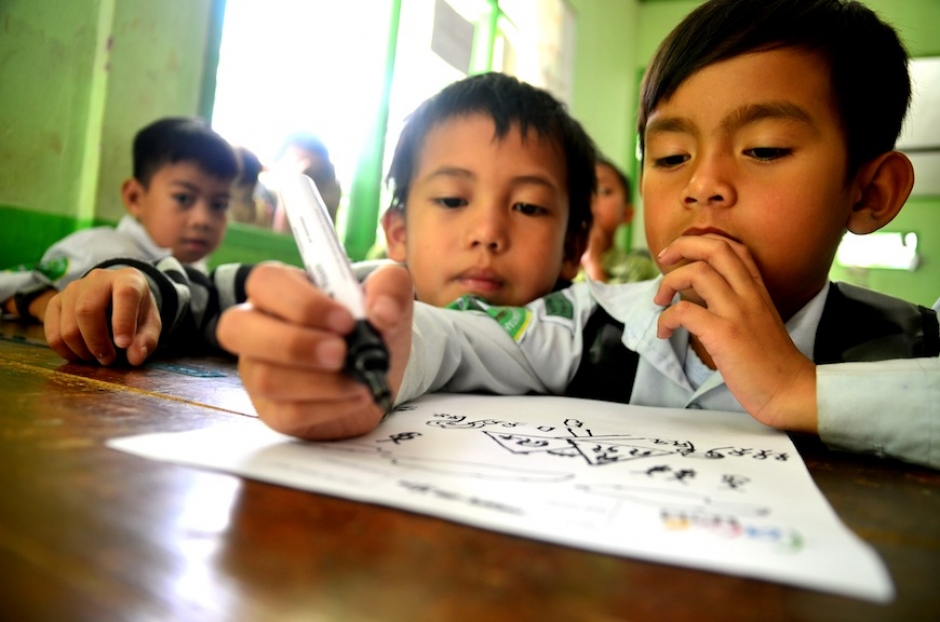 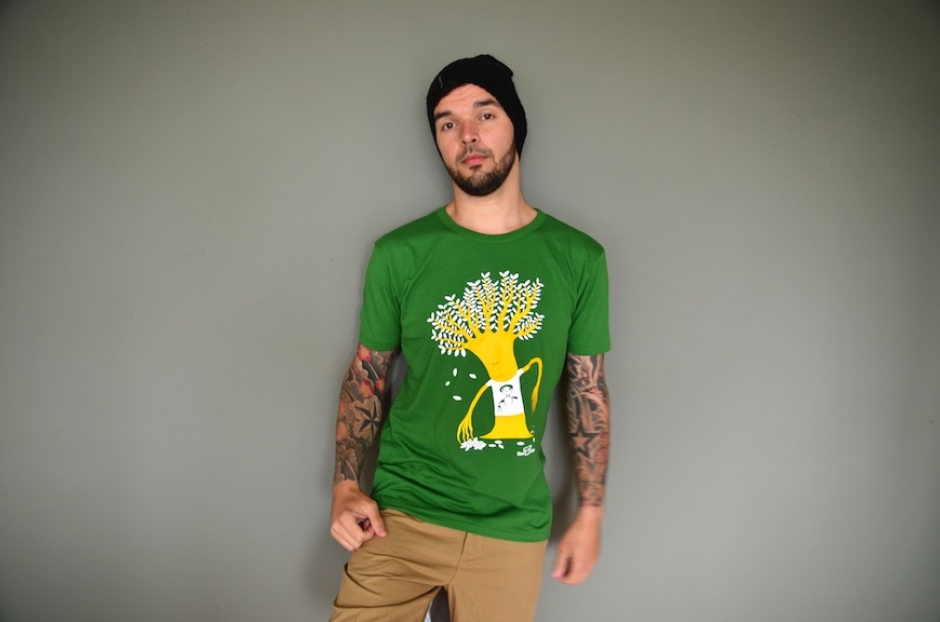 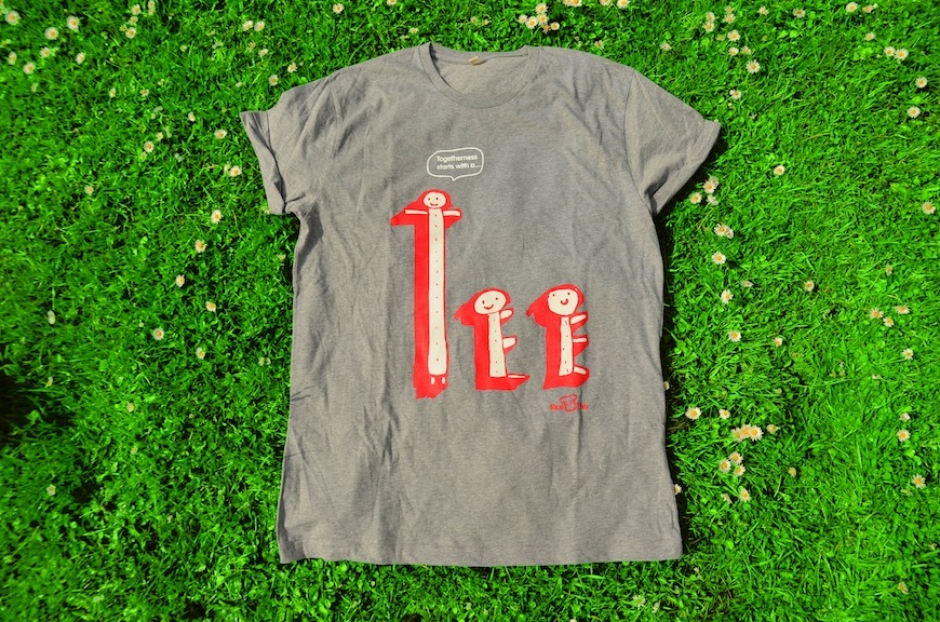 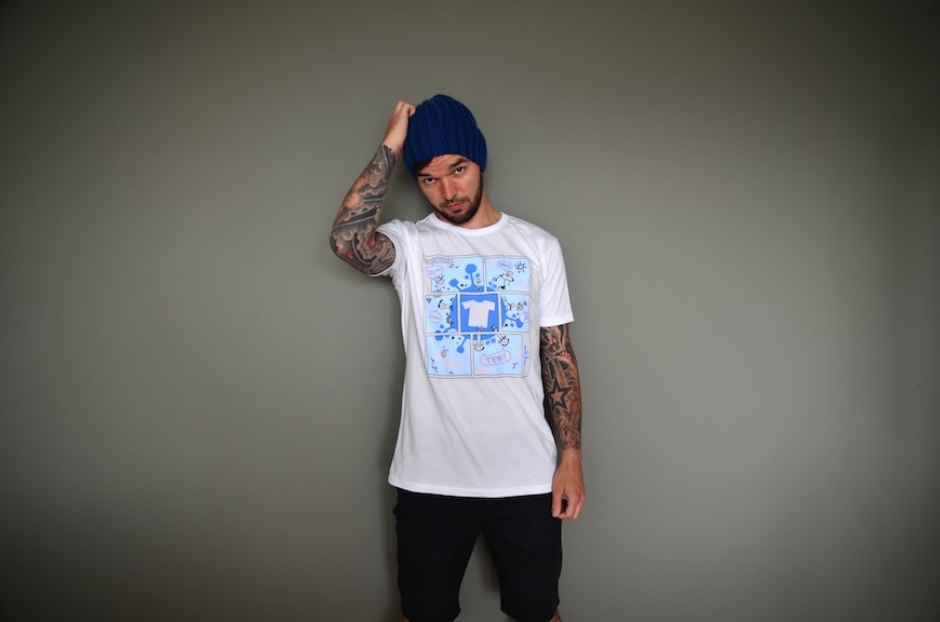 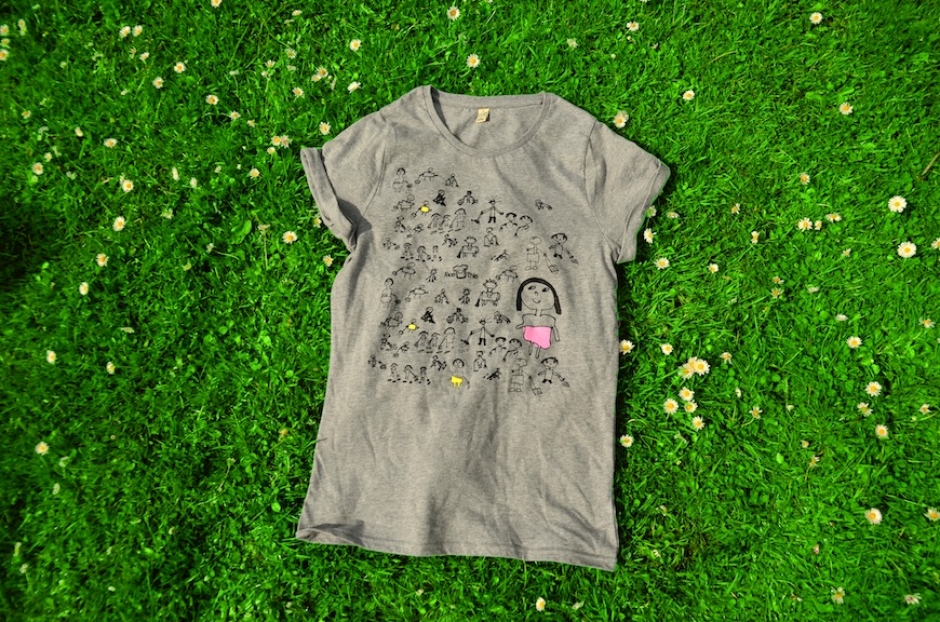 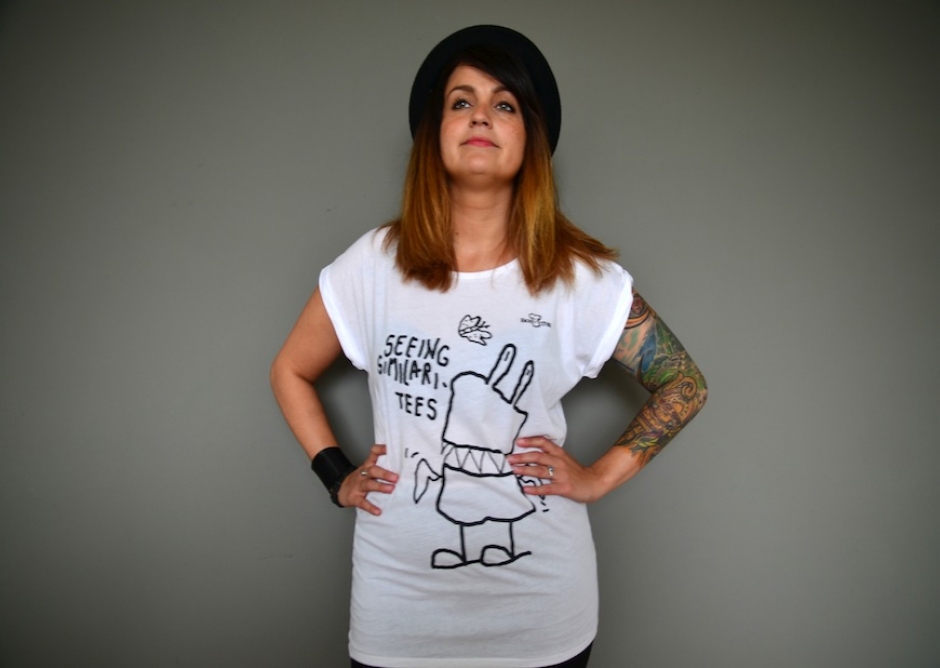 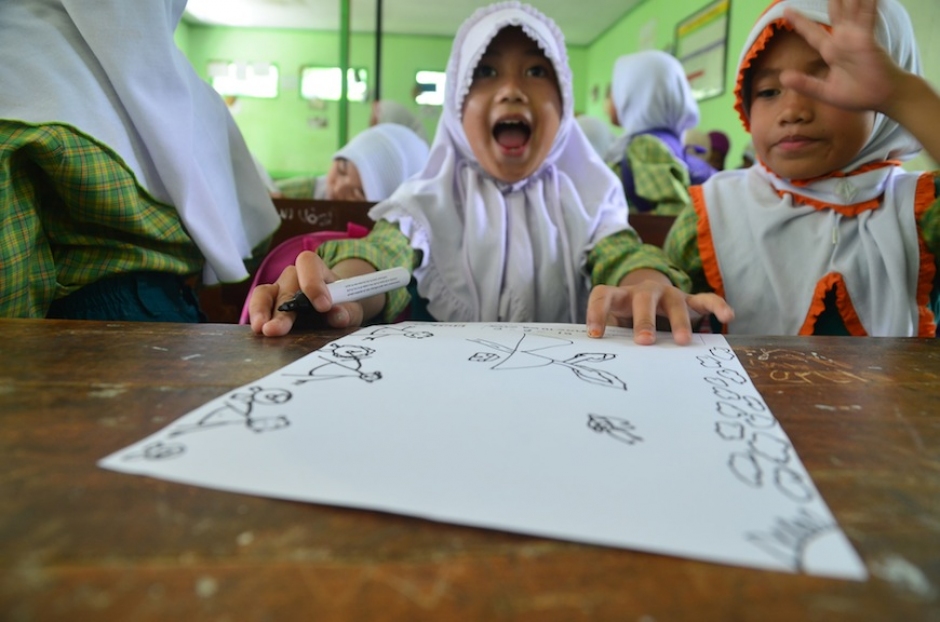 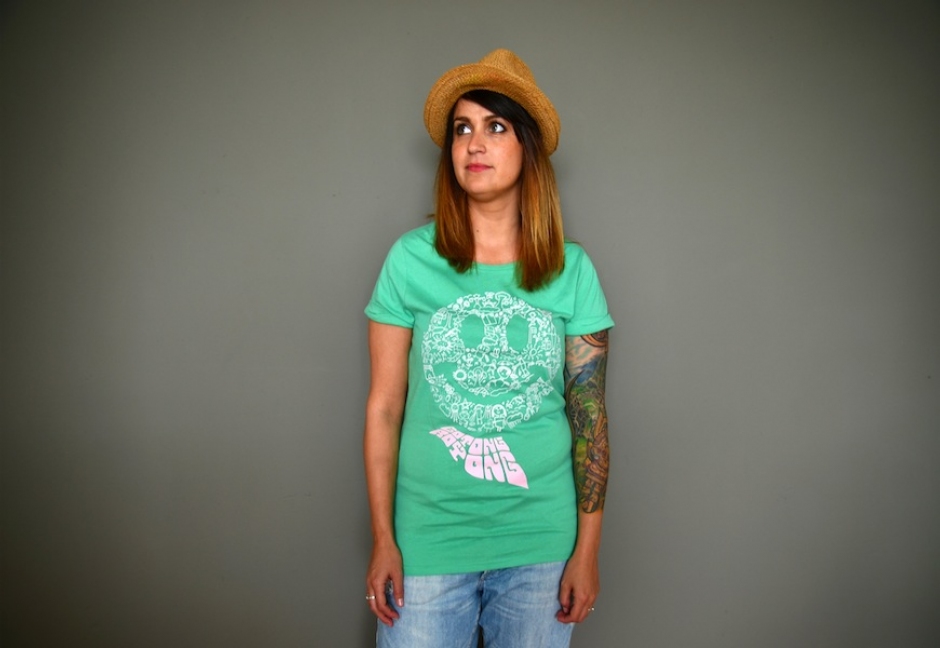 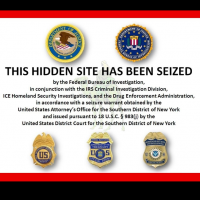 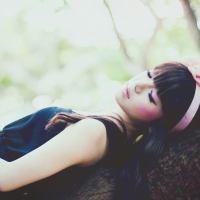 Interview: Willabelle Ong60-odd thousand blog followers is no mean feat by the age of 19.
Light & Easy