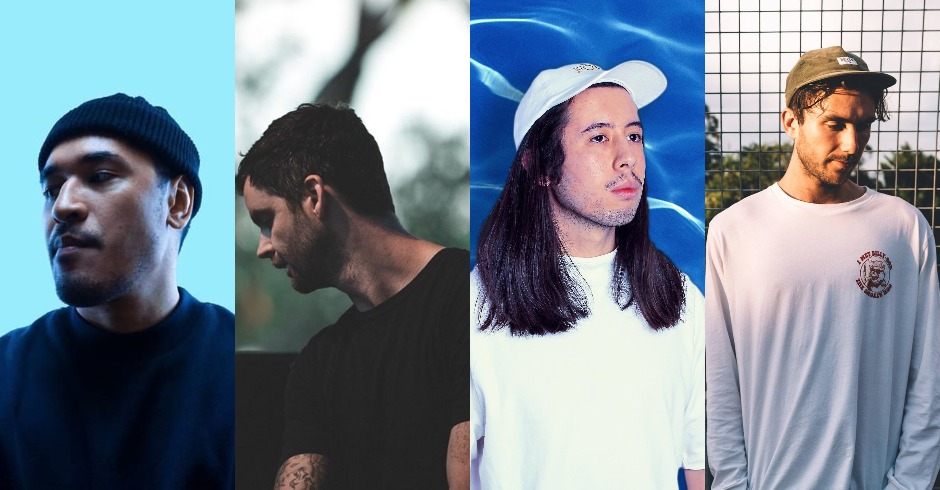 Australia's always had a bustling future-bass scene, ever since names such as Flume, Wave Racer and Cosmo's Midnight pioneered their own takes on the genre to become what some would call the 'OGs' of future-bass, for a lack of better term. Since highlighting young up and comers such as Enschway, Luude, Fossa Beats, Kuren and Spaces in our 'Meet Australia's Future Future-Bass Stars' article a few months back, these acts have gone ahead and done exactly that - become big future-bass names within the Australian scene and beyond. So we thought, with Australia's future-bass scene being as big as ever and loaded with amazing, young talent, why not jump on again for a second spin? Joining the previously mentioned, as well as names including Time Pilot, Herzeloyde, Naderi, Mitsunami and Deer, here are a bunch of new, upcoming future-bass guns we're proud to call Australian.

Melbournian Dugong Jr has always been a personal favourite mine, treating us to a bounty of A-grade releases since he started releasing music under the name around two years ago. From his early remixes of Miami Horror and Kilter to his more recent collaborations with Fossa Beats through Mad Decent imprint Good Enuff, each of Dugong Jr's productions brings a slightly different sound, but across the mark, they've all got this light, sugary sweet sound that I absolutely adore. My favourite cut from the producer, who is also a co-founder of URL (and now very IRL) collective-turned-label Moving Castle, has to be the Tashka-featuring Secrets, overflowing with previously mentioned rich, sugary sounds that pack the track full of feel-good vibes. His recent track Baby Avo is also bloody good too, while we're at it.

Hailing from the northern beaches of Sydney, MUTO, the Flume-backed production alias of Miles Davidson, is pure gold. With highlights including his sensational, disjointed remix of Justin Timberlake's What Goes Around Comes Around, the M. Maggie-featuring This Girl and his most recent cut Purple Heart, MUTO's productions have to be one the most intricate and complex-sounding coming out of Australia. They're consistently out-of-this-world good, balancing heavy future-bass characteristics with delicate, light shades and nuances that make MUTO's work so multi-faceted and impressive. I'm quite surprised the Sydney producer hasn't reached worldwide popularity already, but I feel like it's definitely coming soon, especially if his productions continue at the benchmark set from his previous few.

Heading west for a moment, Scott Mellor is a jack of all trades when it comes to the arts, producing music under the alias of Loston whilst also running Thinktank, his own graphic design venture. With the exception of a stirring Ta-Ku collaboration last year, the musical side of Loston has been pretty quiet of late, however considering his previous track record and the teasing of some new material coming soon, we thought it would be almost a crime to leave him out. His reworks of London Grammar and Sampha are both equally dark and brooding, opening with a haunting presence that quickly makes way as Loston flexes his production muscles with a convoluted, synth-saturated breakdown that oozes with emotional underlaying. They're all quite powerful and dynamic, but at the same time, each of Loston's reworks and originals has little, unique tinges of brightness that make his work so much more than just another banger.

Much like Dugong Jr, Chiefs is another Melbourne-based producer doing big things, delighting us with a mountain of remixes, productions and originals over the past few years. His recent flip of Spit Syndicate's Know Better sees the producer add a dark, bass-heavy shade to the Australian hip-hop track, a vibe that's featured in quite a few of his productions, including on his flip of Dugong Jr's Secrets with Fossa Beats and his Sysyi-featuring track You Should Realize. His Demon EP was one of last year's best (with its title track being one of my personal favourite tracks to come out of Australia last year) and considering his fine form as of late, his next EP could be just as good.

Hatch is a producer who has been bubbling behind the limelight for a while now, re-emerging lately with stylish remixes of Kuren and Baytek as well as Fading Out, an action-packed new original featuring guest vocals from Ramses. Between his recent tracks and some of his older cuts, including his Slumberjack remix and one of his earlier singles New Direction, Hatch's productions are always lush and exciting, bubbling with energy and positive vibes that give each of his tracks an uplifting energy. Fading Out was his first original for a while, with the producer spending some time out of the action to tour, travel and spend some time in the studio, so hopefully this means there's some more new stuff to come in the near future.

Formerly known under the pseudonym of Tomderson, last year saw the Melbourne heavyweight launch a new project entitled LOJACK and with it, we think he's struck gold. Between collaborations with Hier (who features further down this article), Power Program, Holly and Mitsunami (who was listed in part one of this article), the Melbourne native is consistent with his releases, each time releasing work that is both bold and invigorating, no matter what sound his attempts. His most recent track, a remix of Paces' track Payday, is one of his most inviting numbers to date, dragging you in with a bubbly production that matches the original's Maurice Moore guest vocals perfectly.

Australia has a massive future-bass scene, but apart from Alison Wonderland (who you could argue isn't even future-bass), it seems to be pretty male-dominated, which is a massive shame. That  said, it makes Ninajirachi, a young, 16-year-old female from the Central Coast, all the more impressive. I originally found her through her enchanting single Pots n Pans, but upon further inspection, the rest of her Soundcloud is filled with completely different sounds. From the Michelle Issa-featuring Appetite to the Sequel-featuring Glass, all of Ninajirachi's productions are fun and exciting, making young Nina Wilson truly a force to be reckoned with as we get stuck into the latter half of 2016. I mean, in the past few weeks she's already been nominated as a triple j Unearthed High finalist and earnt a spot as one of NLV Records' #WCWs, so I guess only naturally the next step is full Australian domination?

Sporting releases on The South East Grind, Brisbane producer Hier has been a source for plenty of future-bass bangers, dropping a whole load of heat in his short ten months of releasing music under the new alias. Whether it be the thunderous synth of Take Off, the in-your-face, Porter Robinson feel of Can't Let Go or the roaring bass of his LOJACK collaboration From You, each of Hier's productions have a super aggressive, intimidating feel that I don't often enjoy when listening to music casually, especially at home. However, Hier's work has a certain unique quality to it that keeps the tracks sounding fresh and playful and not too overwhelming, which I think a couple of big, international names can learn from the Brisbane gun.

With inspirations including Oshi, Point Point and Porter Robinson, the productions of 19-year-old Brisbane producer Dead As Disco are about as good as Australian future-bass gets, combining synth-soaked drops with crisp percussion and sparkling melodies to create layered, lush productions that ooze with goodness. Despite already having tracks released through The South East Grind, his monstrous debut Is Love Calling Me? and gathering over 50k plays on Journey, Dead As Disco's best work to date comes in the form of his recent Ookay remix, which sees the producer flip Ookay's saxophone-laced production Thief into a glistening banger, shimmering with fragile melodies and a very Helix-esque build up (in reference to the Flume album-opener).

Ending this crew on a high note is Melbourne producer Troy Hill, who has been dropping tunes under the alias Thrill (clever, yet simple huh?) for the past year now. His recent work has seen him collaborate with Omniment for I Miss You, a building, slow-burning tune and Forget Me, a vocal-laced, tropical-tinged track that's overwhelmingly packed full of good vibes, but to me, I just can't get past his flip of Feki's Remember. I love the original, and usually, when I absolutely adore a track I'll try to skip over its accompanying remixes because they'll never live up to the benchmark set by the OG, but Thrill's re-do of Remember sails sky-high, perhaps even being better than Feki's originally chilled out, piano-soaked single. It's lively, exciting and full of flavour, definitely a good trait to have in your work. 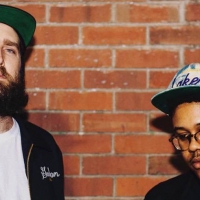 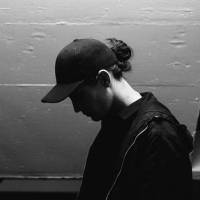 Watch a steamy new video for Running Touch's single, Levitate (It's All Too Perfect)Written, directed by and starring the man himself.
Electronic