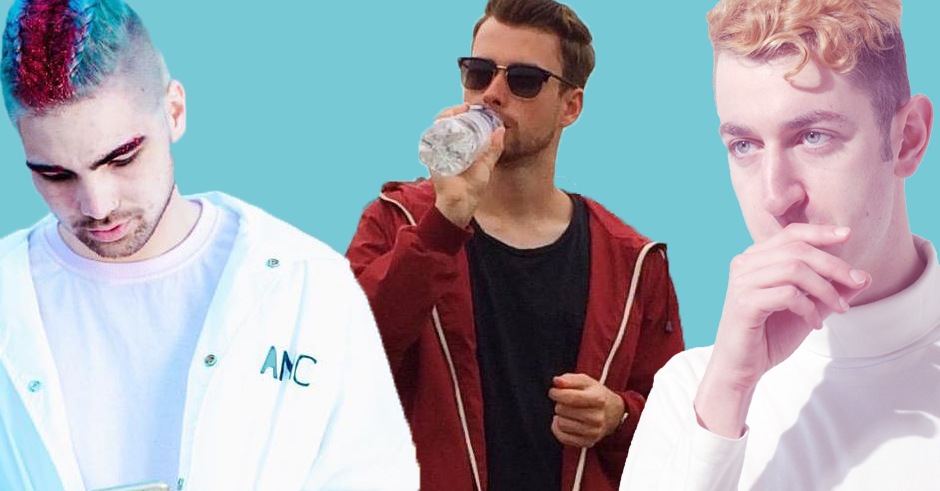 Sporting a sound that blends influences in R&B with a soulful electronic touch, Torfason is an emerging Brisbane duo that are doing some really great things musically. In what feels like their first single in forever, Fall boasts an infectious and accessible electro-pop sound, with delicate synth chords blending with light, playful melodies and polished vocal work. There're some light shades of tropicalness pulsating throughout the track's duration (the marimba melody in the choruses may have something to do with that), which just add to the all-round goodness of the tune and just makes it that little more inviting, especially as the weather starts to heat up as we hit Spring.

Chrome Sparks - All Or Nothing feat. Angelica Bess

Chrome Sparks has been one of my favourite producers since 2012's Idris Muhammad-sampling stoner anthem Marijuana, which has become a highlight for many across the past few weeks and still is probably the highlight of his live shows. Since then he's dabbled in both highs and lows, charming with tracks such as his EP-closing epic Goddess, his remix of Panama's Jungle and last year's passionate thumper Moonraker. This week saw Brooklyn's Future Classic darling return with All Or Nothing, an intriguing and promising piece of work that could just possibly be the first taste of an upcoming release from the seasoned producer. All Or Nothing is a bit of a curveball from Chrome, with a distorted, almost hip-hop like synth breakdown that's layered underneath airy vocals. Around the one minute mark, the track completely switches up into a more chilled-out, guitar-laden mood that more focuses on the guest vocals of Angelica Bess than that glitchy hip-hop beat, which returns shortly after. Whilst the track isn't his best production-wise, the sound design on All Or Nothing is pretty insane and definitely a promising sign of things to come.

Machinedrum - Do It 4 U feat. DAWN

Another of my favourite producers, Machinedrum is one of the most versatile names in dance music, approaching multiple genres and absolutely slaying it each time. Following up from his trappy thumper Dos Puertas and last month's PC-esque, percussion-soaked highlight Angel Speak (which is still one of my favourites of the year thus far) comes Do It 4 U, the third taste of his forthcoming album Human Energy, which is scheduled for release at the end of this month. Featuring DAWN on vocals, Do It 4 U sees Machinedrum continue to distance himself from his footwork and garage roots with an addictive, genre-sprawling track that oozes with a playful energy. After a building synth intro, Machinedrum turns up the heat with a quick-firing, slightly off-beat synth melody, that swirls around crisp snare hits and bass stabs throughout the majority of the song. It's another killer gem from the producer, who, album aside, is also gearing up for a return to Australian shores this November / December - dates via his FACEBOOK.

A genre-crossing collaboration between of three of 2016's biggest Australian up-and-comers is almost too good to believe but alas, here we are. Combining the sugary-sweet sounds of Oh Boy and Donatachi with Mallrat's laid-back, hip-hop charm, Bunny Island is about as good as it gets, blending the signature sounds of all three to create a left-field, bubbly tune that oozes with Mallrat's urban prowess. Released through Mad Decent's Good Enuff imprint, Bunny Island is a bubbly and fun release, with a playful, bubblegum-pop beat joined by Mallrat's smooth bars and at times, some unexpected Japanese samples. With all three marking 2016 as their biggest years yet, 2017 is set to be an absolutely massive year for Oh Boy, Donatachi and Mallrat, which the trio set for big things in future years.

Sticking local for another few minutes, Hier is a Brisbane artist making some serious waves right now, originally appearing in the second part of our Australian Future Future-Bass Stars article. His latest offering comes in the form of a teasing Years And Years remix, with the upcoming producer taking on the vocals of frontman Olly Alexander for a spiralling future-bass flip. Continuing the fine form of his Fetty Wap flip, Hier's newest flip is bold and exciting, with a synth-saturated breakdown that soaks above Alexander's vocals and some really surprising, Flume-esque percussion work. It's a more mature sound than the flat-out bangers we've heard from not only him, but much of Australia's fellow future-bass kings over the past few months, and definitely a solid step in the right direction from the emerging Brisbane gun.

Heading to Chicago for this article's closer is Win And Woo, a production duo we were originally introduced to by Whethan and their new, Ashe-featuring single Recognize. Much like Can't Hide from their studio buddy Whethan, Recognize is an absolutely stellar debut original from the production duo, with a plucked melody forming the base of the single underneath Ashe's impressive vocal line (who, in her own right, is having a great year). Around the forty-second mark the track really picks up, with a brass-filled, future-bass drop that's packed full of good, happy vibes, with more similar vibes hopefully on the way soon. 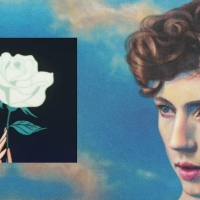 Troye Sivan's Ease gets a supremely chill remix from Vallis AlpsSomething to ‘Ease’ into this weekend. 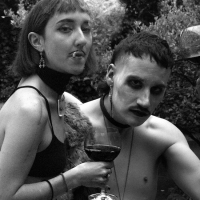 Premiere: friendships' document half of the duo's almost-death in the video for 'The Roof'The Melbourne twosome are releasing their debut album later this month.
Electronic