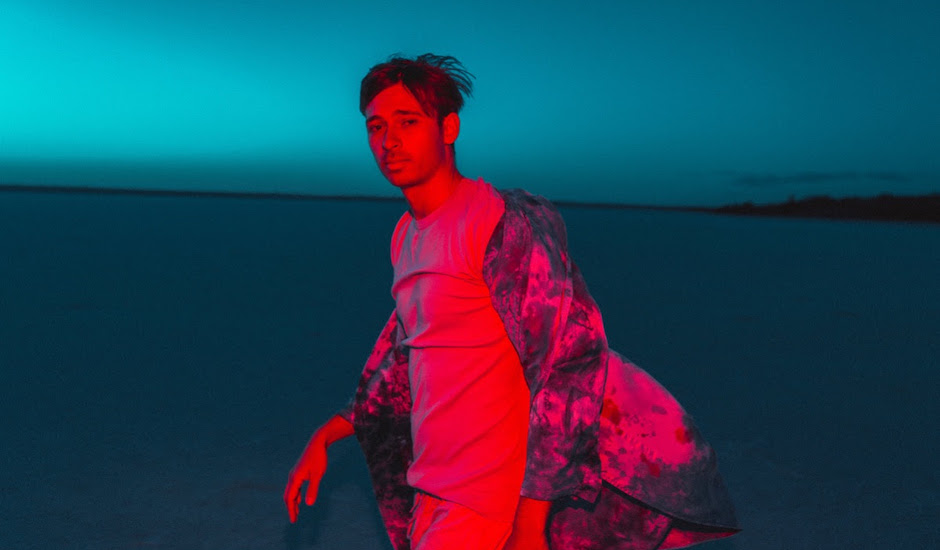 It's hard to find an artist quite like Flume. Since his early remixes and break-out single Sleepless back in 2011, the Australian electronic musician has been at the forefront of electronic growth and experimentation. His break-out, self-titled debut album pushed forwards an entire sub-genre of electronica that united Dilla's hip-hop percussion with swelling synth and glitching percussion, aiding other pioneers including Rustie and TNGHT's Hudson Mohawke to bring cult-favourite sound blossoming only in the depths of Soundcloud into mainstream appeal, something we're still feeling the waves from through acts including The Chainsmokers. He's an artist not just in front of the curve, but defining it instead; his sounds, rhythms and styles often mimicked - perhaps copied - on both a small and large scale in the years following Flume's initial forays.

While Flume was an album that played with experimentation and the 'unknown', his second - 2016's Skin - was one that built on this and commercialised it, placing indie rappers over clunky productions (Lose It feat. Vic Mensa, Yeah Right feat. Vince Staples, KUČKA and SOPHIE) and pop hooks over moments a little more tender and accessible (Never Be Like You feat. Kai, Say It feat. Tove Lo). It still placed his experimentation and left-field approach to dance music in the front-and-centre, but did so in a way that capitalised on his growth in the years since his debut, mixing moments more nostalgic of his early work with ones that felt like a pop songwriter finding his footing in a traditionally 'boring', Max Martin-dominated game.

The years since Skin have been somewhat busy. In 2017, he released a pair of "companion EPs", placing a heavier emphasis on the club-centric side of his pop songwriting by introducing names including The Preatures' Isabella Manfredi, Moses Sumney and Pusha T over sprawling productions that ranged from cinematic to dystopian. He soundtracked Greenpeace's drive to protect the Great Barrier Reef, teamed up with AlunaGeorge, enlisted names including Golden Features for a remix accompaniment to his second album, before waving goodbye to the Skin era with the KUČKA-featuring Hyperreal.

Announced yesterday, Hi This Is Flume welcomes Flume's next path. The 17-track, 40-minute mixtape is a one-off release by the musician that gives insight into his work since Skin and what to expect from him as he continues to transform in the lead-up to his long-teased third album, enlisting collaborators new and old for a twisted, audio-visual experience worked on alongside good friend and visual collaborator Jonathan Zawada. Here are three things to take away from the mixtape's release:

1. Despite Skin's mainstream appeal, Flume has always been an artist bent on experimentation

With Skin's pop-girl features and bright, radio-friendly hooks, the album got a little bit of push back from old fans and electronic gatekeepers who dismissed the record as too "saturated" and "safe", claiming that the musician had watered down his authentic sound in the aim of finding a larger and broader fanbase. In reality, this may have been true - and it worked - but Hi This Is Flume is mixtape that highlights Flume's knack for electronic experimentation and doing stuff away from the curve, while also drawing a light to those moments a little more left-field on Skin (like the crippling synth walls of Wall Fuck). Across the mixtape's 17 tracks, Flume fleshes out the many glitchy sounds he was once recognisable for, warping and distorting twinkling melodies and layering them with crisp, but punchy bass kicks and disjointed snare.

High Beams unites HWLS and Mura Masa collaborator slowthai above sawing synth. His Eprom-assisted remix of SOPHIE's euphoric Is It Cold In The Water? matches the original's building vocal-synth with whistling tones and glitching crashes of percussion that feel like being slapped in the face by a dial-up modem. Wormhole layers a metronome pace with hushed, cinematic melodies and stabbing patterns of synth while Mud draws a comparison to Wall Fuck with its in-your-face and abrasive tone. There's a lot synthetic textures Flume experiments with on this mixtape, but you can be assured that each one is manipulated and toyed with enough that his passion for thinking outside of the box is well and truly felt.

2. In 2019, the lines between hip-hop and electronic are blurring

We've spoken at lengths about the changing face of hip-hop in the current day music-streaming environment, and how hip-hop's collaborative style and abrasive energy has set it forward as music's most dominant style. Over the last few years, the lines between hip-hop and electronic have become only more blurred, and chances are, Flume is one of the few names behind this. Fleshing out the hip-hop roots of his early work, Flume's involvement in pushing rap music into areas unexplored is felt time and time again. On Skin, he layered Vic Mensa over euphoric synth and Vince Staples over a production that contrasted twinkling melodies with crashing bass kicks. You Know pushed Wu-Tang's Raekwon out of his comfort zone, while the second Skin Companion EP matched Pusha's dominant rhyme with a contrasting production.

Hi This Is Flume is a release that blurs this further. On the aforementioned HWLS collaboration High Beams, explosive UK rapper slowthai paces himself over glistening twinkles and dark bass, while How To Build A Relationship enlists one of rap music's most promising names, JPEGMAFIA - layering his quick-firing pulse over darting laser-synth and a chunky percussive section. It's hard to define these songs as strictly electronic or strictly rap - in the same vein that Flume and SOPHIE's collaboration with Vince Staples, Yeah Right, did the same on his hyper-experimental Big Fish Theory - and I can see this definition become only more blurred as more names in hip-hop's underground rise and experimental with producers in a similar vein.

3. When Flume and SOPHIE meet, expectations are always exceeded

It's hard to find two producers as experimental and left-field in popular electronica as Flume and his go-to production collaborator, SOPHIE. Both on Future Classic, the two forward-thinking producers have united in the live space, with SOPHIE joining Flume at tour dates across both Australia and the US, while in a studio-sense, their maximalist styles have met underneath Vince Staples' rhyme in the past. Hi This Is Flume deepens their partnership in many ways. Throughout the mixtape, Flume welcomes fellow boundary-pushed Eprom for a remix of SOPHIE's OIL OF EVERY PEARL'S UN-INSIDES album cut Is It Cold In The Water?, while on Voices, Perth ex-pat and another of Flume's signature collaborators KUČKA vocally swirls above a disjointed and harsh production worked alongside SOPHIE, where the two names marry their signature styles for two minutes of abrasive, unashamedly left-field electronica.

Elsewhere, it's easy to find SOPHIE's influence on Flume's growingly experimental production style. The crisp and disjointed percussion that Flume has come to champion over the years is something you'll also find amongst SOPHIE's work, while the glitching and often maximalist approach to synth distortion that SOPHIE has built a blossoming career on is something that Flume also emphasises heavily, pushing synthesisers to the limits as they swell and distort over thick rhythms. It's a prolific relationship growing more and more fruitful every year, and it's a partnership that I think a lot of people would kill to see more of in 2019 and beyond. 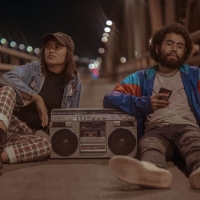 Premiere: Froyo whip up an 80s synth-pop dream with HeartAccompanied by a completely self-made video, the single is the first from their upcoming EP, Blue. 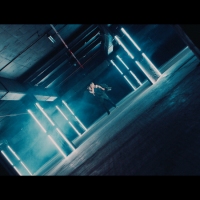