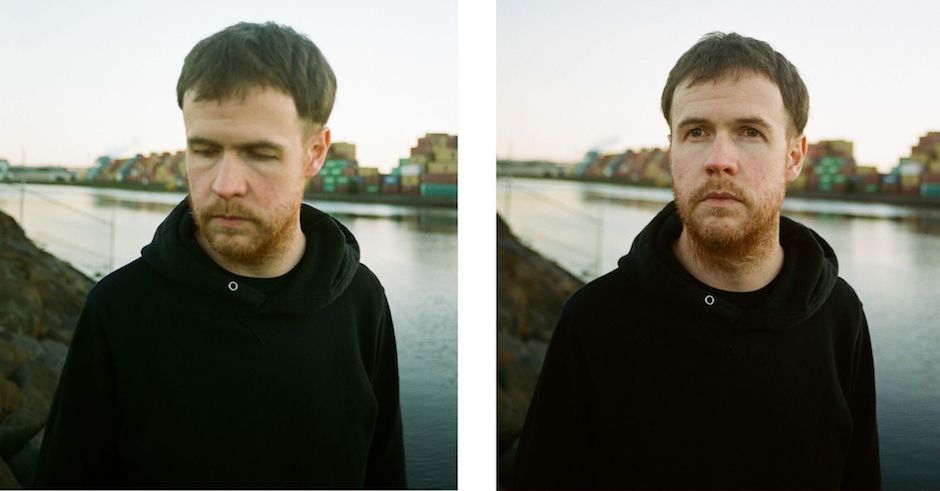 Christopher Port - Everything In Quotes "DARK"

With two incredible singles under his belt already this year, Melbourne's Christopher Port has cemented his name in 2017 with the release of his new EP Everything In Quotes "DARK", released in a special collaboration between long-term label Pieater and Australian electronic tastemakers Future Classic. Everything In Quotes "DARK" further explores the brooding, UK garage-influenced sound taken on by Christopher Port's past releases, with dense percussive layers, playful synth melodies and vocal samples being the common theme across the EP's four tracks. The EP's lead single Nobody Chose You balances these intricate layers in a radio-friendly, uplifting manner – especially in relation to the rest of the EP – before the cheerful melodies are replaced with ones more dark and heavy for the EP's second major single, Baby It's Not My Will. Baby It's Not My Will is Christopher Port's music at its most raw, with the glistening synth melodies and dense percussion stripped right back and exposed with moody vocal samples taking the lead.

Raver VIP continues with the more subdued take on Christopher Port's unique sound, before Uppers, the EP's slowly building final single, leaves us with a strengthening bang. “One of the most important things for me as an artist is being able to have a direct line to the listener. I want you to hear my music exactly how I made it, yet still be able to perceive it in your own way," Port says of the EP's release and meaning. "To me "Everything in Quotes" personifies this. You are hearing my music in the exact form I created it, similar to a direct quote. I believe this makes the connection between the artist and the listener much stronger."

After an incredible two years thus far, Christopher Port has once again established himself as one of Australia's most forward-thinking and exciting producers, bridging the gap between Australia's slow acceptance of UK garage and footwork with the UK's (and the US') love for it. Next year, Christopher Port will release the second instalment of Everything In Quotes, as well as another EP titled LIGHT. Check out his recently released, self-made "DARK" clothing line HERE.

After the release of their sensational IV record last year, Toronto four-piece BADBADNOTGOOD have returned with a jazzy new single titled I Don't Know. The single features Future Islands frontman Samuel T. Herring, reuniting after last year's collaboration Time Moves Slow, with the foursome strip things back for a more cinematic, emotionally-charged release that fits in well with their expansive back catalogue. I Don't Know feels very gloomy, with Herring's aching vocals feeling perfectly at home amongst BADBADNOTGOOD's orchestral strings, plucking bass and the light melodies which swirl around underneath the single's crescendoing chorus. The Canadian group will be playing next year's Laneway Festival, so be sure to check them out there.

Last week saw Giraffage finally release his long-awaited debut album Too Real, with the San Francisco name summarising his extensive time in music production in one incredibly varied release. Green Tea is one of the highlights of the album, with Giraffage crafting up an entertaining future-funk production reminiscent of Kaytranada's effortlessly cool dance charm, but with Giraffage's own nuances keeping it unique and interesting. Featuring Body Language's Angelica Bass on vocals, Green Tea's playful clucks and clangs highlights Giraffage's knack for entertaining song-writing, some of which we'll hopefully see in Australia some time next year.

It's been a minute since we last covered Sydney's Piecey, who charmed us with his Nicolas Jaar-channelling remix for La Mar a few years back. He's popped up here and there since, but his new single Season is one of his best in a while now, uniting with Maya Keane for the relaxed, housey affair which is sure to go down a treat this summer. Arriving from our east-coast bros Stoney Roads Records, Season pieces together Maya Keane's soft vocals with a muffled piano melody and crisp layers of percussion, which joins together to create a refreshing house sound which we'll no doubt spin a couple of times as the weather continues to heat up.

cln - The Other Side

Brisbane's cln is one of Australia's most reliable names in Australian electronic, winning us over time and time again with a range of forward-thinking, synth-soaked productions and collaborations. His woozy new single The Other Side is a bit of a shake-up from the young name, with cln highlighting his own vocals for the more electro-R&B-like single, a vast change from his much of his previous work. "I’ve been making a fairly broad range of music, and initially when I wrote this song I didn’t want to release it because it didn’t sound that much like ‘me’," he says on the single. "It has come to grow on me though; I think it’s probably one of the better vocal parts I’ve written."

Falcons - All Over Again feat. TZAR

Inventive LA producer and Athletixx member Falcons is someone we've featured a couple of times on the site, mainly through large-scale collaborations with names including Goldlink and Ekali. Now he's back with another collaboration, this time unearthing some really exciting talent in LA-via-Moscow singer-songwriter TZAR. All Over Again is a really warm and comfortable single from Falcons, keeping things relatively relaxed and civil in comparison to his thumping return Want Your Body a few months back. That said, it works really well for the versatile name, with Falcons producing the perfect, summery production accompaniment to match TZAR's incredibly refreshing vocals, vocals which I could definitely hear all over the radio very, very soon. 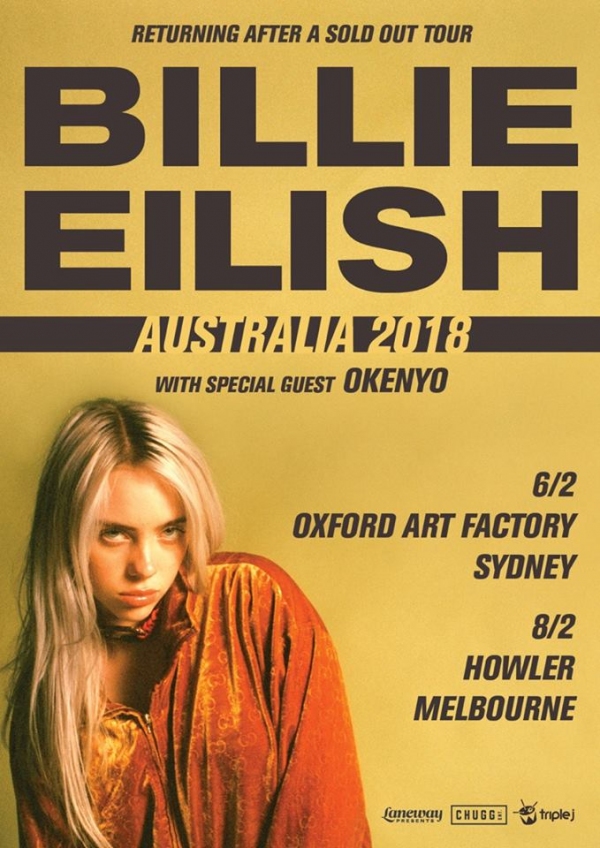 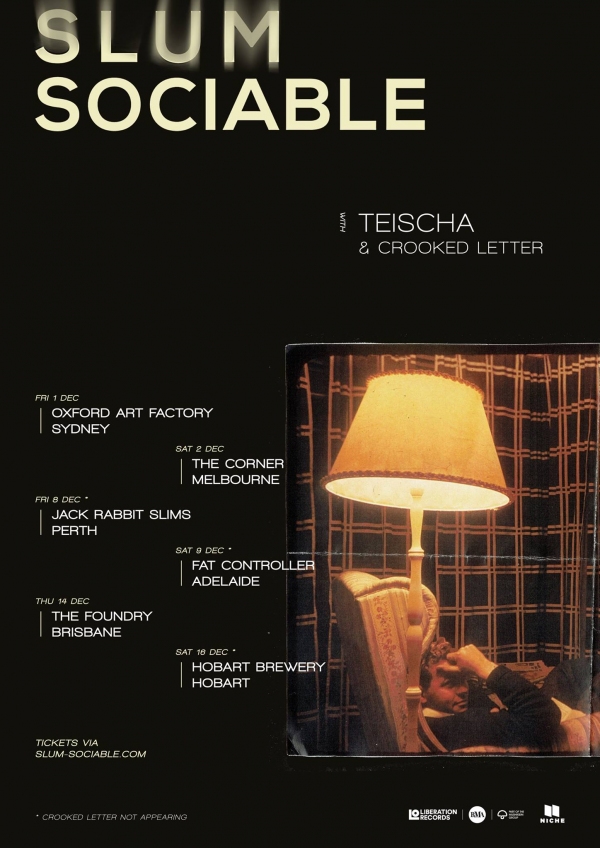 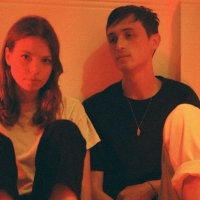 Kllo Interview: "There’s no use creating when you’re not giving yourself the space to think clearly"Kllo's debut album Backwater is out now through Good Manners/Caroline Australia. 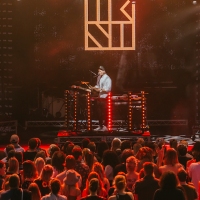 Watch a beaut live video of The Kite String Tangle performing This Thing We GotHis album tour wraps up at The Corner, Melbourne and Jack Rabbit Slim's, Perth this weekend.
Electronic