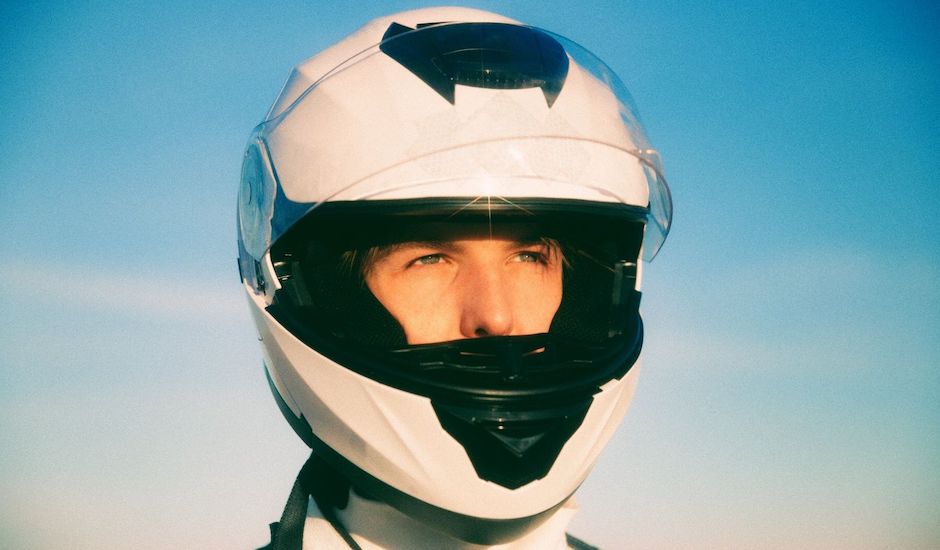 Whethan has come a long, long way since we were first introduced to him. Back then, he was a bright-eyed 17-year-old from Chicago premiering his debut single, which itself was preluded by a string of remixes and edits that had the teenager on everyone's lips within the electronic world. He was someone clearly amongst the next generation of dance music, plucked from his Chicago home to work with musicians such as Skrillex and Flux Pavilion before even reaching his final year of high school (something that for the most part, was finished off amongst headline shows throughout the US and slots at Lollapalooza).

In the four-odd years since then, Whethan has blossomed into a multi-dimensional and versatile producer that's synonymous with dance music's adventurous collaboration, working alongside some of music's most prestigious names in the years following his break-out debut. One of his earliest collaborations was a soundtrack inclusion with the then-emerging Dua Lipa, released alongside songs with Oliver Tree – whose career blossomed with Whethan in the production chair – and Charli XCX, Broods and Oh Wonder, HONNE and Jeremih, The Knocks and Wafia, and the list goes on.

Now, as his eyes are set on the release of his debut album Fantasy, everything seems to be coming together – and the results showcase exactly the type of talent that Whethan is. Released last week, Fantasy is an opportunity for Whethan to explore the depth of sounds that can be linked to his steady dance music stylings, showcasing his versatility not just in songwriting and production, but also in his guest stars, and how he enlists others to execute fully-formed visions of his work. He collaborates on a way that allows strengths to strengthen other strengths; his work often bringing out the best of whoever he's working with and in turn, his collaborators bring the best out of Whethan himself too.

That's something really core to Fantasy, no matter what background his collaborators arise from. At times, Whethan's collaborators merge production stylings with his own, forming snapshots of musicality that paces between genres at the drop of a hat. On the album's intro, for example, he enlists Chrome Sparks for a two-minute burst of this gritty house-rock that places distorted guitar riffs hand-in-hand with a slick house groove. On the album-closing Outta Here as another example, Whethan hits peak instrumental euphoria, aided by RL Grime.

However, where much of Fantasy's brilliance lies is in Whethan's expert skillset in carving productions that complement and strengthen vocalists, and at times, Fantasy feels like a masterclass of that. Freefall makes festival-ready indie-electronica with Oliver Tree; Hurting On Purpose makes glitchy trap-pop with K. Flay; rising US group The Knocks incorporated dates nostalgia with 8-bit house on Sunshine; The Wombats – brilliantly, yet strangely – move into electronica with Clouds; Grouplove dances amongst a flurry of soaring synth on Upside Down. The list goes on, but every single one of Whethan's collaborators feels at-home with their respective productions, no matter how far removed they are from their traditional sounds.

In essence, it's also an exploration of Whethan's evolution, from the acts he's commonly placed alongside on lineups or tracklists – RL Grime, Oliver Tree – right through to those that defined his first experiences with music; the acts that instilled a passion into Whethan for music creation. "I wanted to do a project that was full of energy and artists that I'm inspired by," he says on the record. "There was an underlying theme of alternative meets psychedelic dance music, and I wanted to be able to blast every song at my shows or have it feel like you’re at a show when listening at home or in the car. I got to work with some of my favourite artists like RL Grime, Grouplove, The Wombats, bülow, and many more."

It's a brilliant moment that really feels like everything coming together for Whethan, and you can dive into it below alongside an album walkthrough, which dissects the record and its collaborative process one track at a time.

The intro is the entrance to the portal falling down into my world, and it features one of my favourite artists in electronic music, Chrome Sparks. He came over to my studio/house last year, and we made a handful of beats all using my Juno-60 keyboard which makes appearances all over the album. This song feels like a rush of synth-wave euphoria and reminds me of my favourite things about vintage synthesizers and modern beats.

Me and Oliver have been working together forever. We put out When I'm Down 4 years ago, and it was our first song that really blew up and got us both record deals. Here we are, years later, still working together and we're putting out our best song to date.

3. In the Summer (Feat. Jaymes Young)

In the Summer picks up where the Intro left off and takes you back on the spaceship through a dream. It takes place in a futuristic, psychedelic world. Jaymes Young and I wrote this song at my studio and Jaymes right off the gate was all about getting experimental. He began writing about the summer of 2025 or 3025 in a world in which you never die. It inspired the futuristic dance sound of the instrumental. I got the opportunity to play versions of this song live at Lollapalooza and Red Rocks last year, and it was my absolute favourite song in the set; it had everyone jumping.

It all started when K.Flay sent me a song three years ago, and I really loved the message. I spent the next couple years working on it and perfecting the beat. The song refers to indulging in things like ‘drinking, driving fast, etc.’. Really just indulging in self-damaging behaviours. But ultimately realizing that you are in control of these things that are hurting you and you like it.

The Knocks and I had flipped this sample Sunshower awhile back while working on a single we put out called Summer Luv (feat. Crystal Fighters). It started off as something we both would play at pool parties and other DJ sets. When I was putting together the tracklist for my album, I felt this track fit in with the futuristic sunshine vibe that I’m going for. We had the sample resung by this amazing kids choir who brought the song to a whole new light, and I knew it had to be on the album. 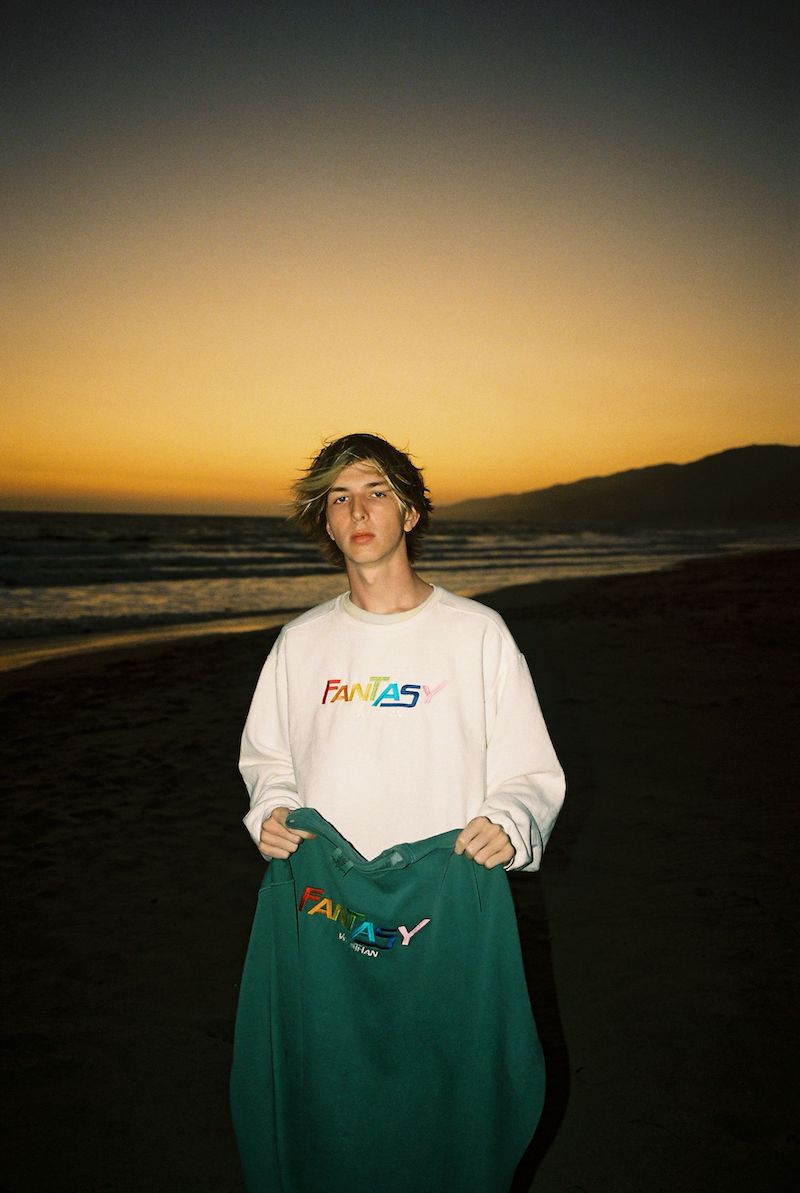 I had wanted to work with bülow for a while. She’s an amazing artist, and on top of that, we were able to write a song together that I think everyone that has gone through any sort of heartbreak can relate to. It ended up being one of my favourite songs off the album if you want to go hard.

It’s hard to pick favourites from anything I’ve worked on, but this one gives me the most excitement for people to hear. The fast video game sound is a style I’ve never done before. This one features The Wombats, who is a band I’ve been listening to since I started making music, and a dream collaboration I've gotten to make real.

They sent me the demo of the song, and I connected with the lyrics about swimming in the clouds so much because that is a feeling I’m constantly chasing and a place that makes me feel at peace. I did many versions trying to capture the feeling of floating in the clouds while still being able to headbang and dance and I love the result.

Most of my ideas start off as dialogue between the artist I’m collaborating with and myself, whether it be with STRFKR, Grouplove or Bülow. The one exception was my song with Grandson. He sent me a rough song idea with the lyrics then I took the song and reimagined it from beginning to end. I find that through this process, I can end up with super interesting results.

The ocean is a really powerful visual to me, yet still a really calming place. My album Fantasy takes you on a journey to many different atmospheres and Ocean Energy is the one that brings you to the calmness of the water.

10. All I Needed w/ The Front Bottoms

The Front Bottoms were an amazing group to work with and the track. All I Needed came together very naturally. We jumped in the studio and wrote the idea mainly with an acoustic guitar vibe and the song spoke to me in a very refreshing way.

This song instantly felt like the perfect sound and direction for the album, which is why it was our lead single. It almost feels like a western guitar, and then all these lush, synth-wavy synths come in. That’s where my mind’s been, and this was a great collaboration, STRFKR was one on my checklist that I’ve been dying to do forever.

I made this instrumental inspired by the sounds of the ocean. While the ocean is calming and peaceful, it can also be a dangerous place with rushing waves and raging waters. This is the only song on Fantasy not featuring a full vocal from a singer/artist, and it captures the feeling of sitting on the beach hearing the waves crashing. As the song builds up, you’re rushing into the water. It’s the feeling of the moment when you jump off a big cliff into the water, or off a diving board.

Grouplove is one of my favourite groups in the alt space, and I’ve wanted to make a song with them since I can remember making music. They wrote the initial idea with an amazing songwriter friend of mine, Sarah Aarons, who I’ve worked with in the past. I immediately fell in love with the song and wanted to bring it into the world of my album.

RL Grime, the trap legend, playing any of his songs at any festival will get any crowd going. Getting in the studio was something I always wanted to do because I felt our sounds together would be a great combination and potentially make a banger I can play out. The feeling of Outta Here reminded me a bit of the classic RL Grime huge sound mixed a bit with my older future type stuff. This is the perfect ending to my debut album, and it’s the rocket ship taking you back home. 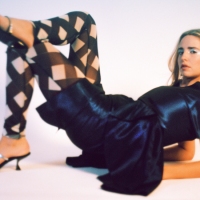 LAUREL, on her sharp turn to electronica with Chrome Sparks, and her two new EPsLast year, LAUREL tapped into hazy indie-pop to craft one of the year's best records. Now, she's armed with new material and a new sound. 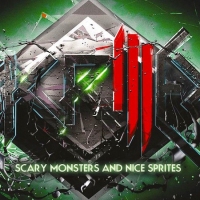