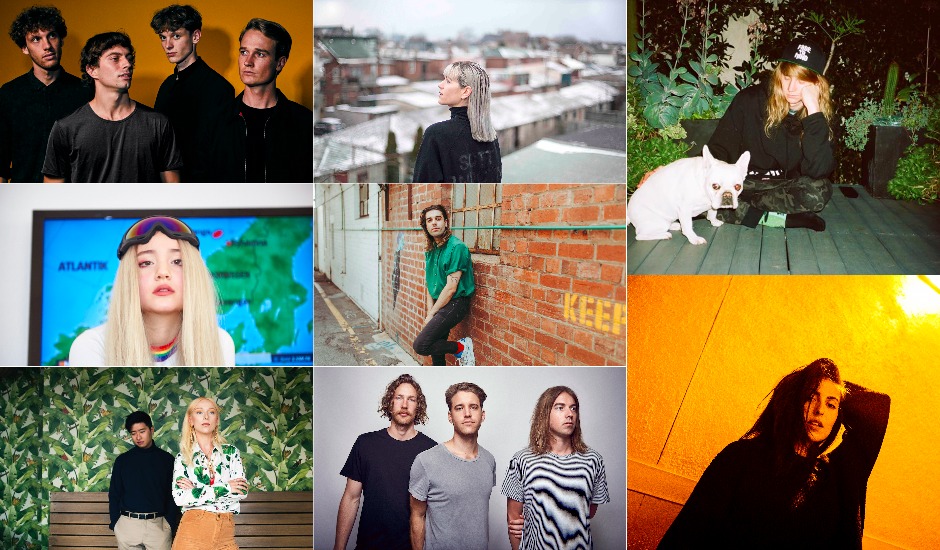 There was a LOT of great singles released last week. So many in fact, that this week's Electric Feels has been expanded to accomodate double the amount of tracks, compiled once again by Hayden Davies, with some help from the other schmuck who writes things on here a lot - Troy Mutton.

Crooked Colours - I Hope You Get It feat. Ivan Ooze

After a lengthy hiatus, Crooked Colours have returned triumphantly in 2017, bringing with them not only new singles and video clips, but a whole damn album. This week they dropped another single from it, I Hope You Get It feat. Ivan Ooze, and used the drop to announce their debut LP will be released June 23, and be called Vera. CC and Ivan Ooze might seem like an odd pairing, but we'll be damned if it doesn't work. It's got that signature Crooked Colours guitar pluck, and almost ends up turning some kinda weird future-reggae hybrid that hits pretty hard. If this is the kinda curve balls we can expect on Vera - then bring it on. - TM

At just 19, Berlin-based LIA LIA (Live Impact Area Legacy Interface Adapter - right?) has just released a video clip that is the living embodiment of Skins, and we're totally cool with that. The track itself has already been killing it, reaching #1 on HypeM and getting the seal of approval from all-knowing actress Chloë Grace Moretz. More than anything, Olymp thumps - with an extremely big kick drum rolling through underneath some ethereal vocal work, everything about LIA LIA is pretty instantly likeable, and it's not hard to see her rapidly ascending to the realm of contemporaries like Grimes. - TM

Taking a break from successfully launching the SUPER CRUEL project with Porsches, Tigerilla returns to doing what he does best - and that is making some of the more unique electronic music on the Australian landscape. This one packs some serious attitude courtesy of a tough af vocal from Dominique Young Unique, but it's Tigerilla's ability to blend electronic and hip hop elements like no one else in Australia that really sets this one to "fire". He's heading out on a pretty big Australia tour to celebrate, head to his FACEBOOK to find out where you can catch him. - TM

This one kinda took us by surprise, with Tora dropping a new single, Another Case, and announcing they'll be releasing their debut album, Take A Rest, on June 9. The Byron Bay outfit have been making some incredibly lush, full-bodied electronica these past few years, and Another Case is no exception. It wobbles and warbles with some deep bass groves, ones that really do deserve some good headphones while you listen. They'll be touring the album over June/July, head to the band's WEBSITE for more details/tickets. - TM

Hoodlem's latest single, Funny Farm, while also the second tune that has old mate Yeo involved, is a fantastic piece of left-field electronic-pop. Formerly from Melbourne and recently moving to Toronto, Canada, it appears the change of scenery has not been without its benefits. Funny Farm is a rumbling slice of electronica, filled with glitchy beats, wobbly-but-driving bass lines, it's her alluring vocal that really sell the whole - incredibly smooth - package. She's currently working on a second EP, and we're very much looking forward to what comes next. - TM

Between running her Hyperhouse radio show (and their odd live showcase), teaming up with Skrillex to rock Coachella with one of the best electronic sets of the festival AND dropping the news of her pregnancy, you would expect Anna Lunoe to take it down a notch over the next year or so. However, it appears she's done the complete opposite. Last week saw her not only release an exciting new banger in Godzilla, but also announce Hyperhouse Records, her new label with Godzilla being its inaugral release. As expected from the LA-via-Sydney producer and vocalist, Godzilla is rather massive house tune that bounces around with playful punches of synth and bass, that unexpectedly switches up into more a trap-leaning breakdown towards the end. - HD

Crooked Colours x Ivan Ooze isn't the only big Australian electronic collaboration this week, with two of Australia's best in Yeo and Asta teaming up for a gorgeous new single Never Wanted That. It's a really chilled-out single that dabbles in that fine line between indie and electronic, with some lush guitar work feeling right at home behind an almost dancehall-esque percussion line and the duetting vocals of Asta and Yeo. It's the first single from Yeo's new album too (it's called Desire Path and it's out August 18 - FYI), and considering the success of his debut Icarus, we're excited as hell. - HD

If you had told me four years ago that Cashmere Cat's debut record would include collabs with Ariana Grande, The Weeknd, Selena Gomez and others, I probably would've thought you were on drugs. But alas, here we are. Quit, which features the Australia-bound Grande on vocals, is one of the album's many stand-outs, shining with a timid, refined production that clunks away underneath Ariana Grande's soothing vocals (with lyrics co-written by none other than Sia). It's a rather quite beautiful track, which reflects the tone of the whole LP rather perfectly, if you're yet to check it out. - HD

Whethan and Charli XCX are two artists both doing big things in the electronic world right now. Last year we introduced Whethan and his debut single as a bubbling force in the Soundcloud future-bass world, which he's since followed up with tracks featuring buddy Oliver Tree and Flux Pavilion. His new single Love Gang is his largest collaboration to date, teaming up with the outgoing Charli XCX for a bubbly pop hit that growls with Whethan's signature roars of bass and energy. It's been an amazing ride watching Whethan grow and grow over the past year, and this collaboration with Charli XCX proves he's not going anywhere for a while yet. - HD

Point Point are another of my favourites to emerge with the Soundcloud revolution, with the French three-piece serving up some of the freshest bangers of the past few years. Hands is the group's next venture, teaming up with Denai Moore for a playful, pop-leaning single that is more vocal-dominated than anything else they've done thus far. In Hands, Point Point choose to keep the production slick and simple, with a piano-laden, clicking production keeping at bay allowing Denai Moore's sensational vocals and some crafty vocal leads taking over for much of the song's duration. - HD 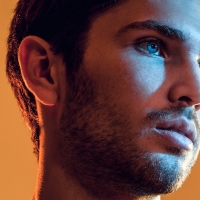 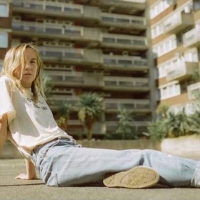 Listen to another soothing new single from The Japanese House - Saw You In A DreamThe UK-based artist continues to put no foot wrong.
Electronic