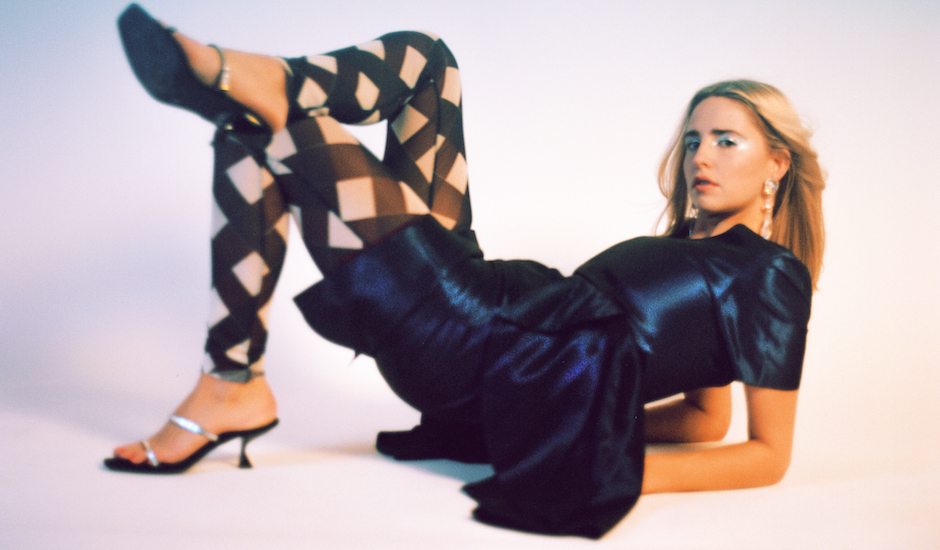 One of 2018's best debuts came from the hands of UK-based musician LAUREL, who after years of honing in on her craft with exciting bursts of indie-pop, took the plunge into the deep end with her first album DOGVIOLET. It was an unexpected highlight from a year full of them; the record - entirely self-made, featuring LAUREL as the sole writer, producer and mixer of every track - fluttering on the cusp of this warm, bedroom-indie sound rich with natural crackles and distortion that make it feel like a snapshot of a moment presented in an authentic way, rather through the unnatural sheen you'd often find.

It was a record that as you'd expect, ushered LAUREL forward into the high tiers of indie-pop at the cusp of the genre's modern-day explosion. She toured Australia - the east coast anyway, in a national tour presented by Pilerats - alongside sold-out dates in her home country and elsewhere, found herself on year-end lists a plenty, and seemingly had her next steps already planned: "I'm actually looking for somebody to collaborate with and I'd love to meet a producer who's had a lot more experience than me because I don't want to make the same album again," she told us at the tail-end of 2018. "I want to progress and I want to make a better album."

With Scream Drive Faster - her first single post-DOGVIOLET - it became clear that she had found that producer in Chrome Sparks. The single was a sudden turn into synth-pop nostalgia, capturing this 80s-esque pop sound but twisting it into her own form that kept it feeling like every other 'Stranger Things' knock-off; her vocal dancing amongst a pacing production with electronic percussion and moving synth fluttering alongside her guitar work (which itself, felt a touch more electric comparative to her debut album).

With her new-arriving single Best I Ever Had, it's become even more clear that this direction isn't just something that suits LAUREL - it's something that's made for her. Held together by a low-slung bass line, the track further explores the richness of nostalgic synth-pop twisted through LAUREL's unique lens, carving a tapestry of glitzy synths and funk-cut bass alongside potent lyricism on summer love, washed out with the romanticism that further deepens that hazy feel.

Together, they're two tracks that seem to showcase the brilliance of LAUREL in a way that hasn't been seen just yet, showing versatility through a means we always knew she was capable of - her early work is potent with its nostalgic pop lean - but one whose vision is better than imagined. It's also clearly building towards a package of work that like DOGVIOLET before it, has the potential to showcase LAUREL's craft in a way that really stands out from her saturated surroundings, not that we'd expect anything else.

In the meantime, however, take a dive into Best I Ever Had below and catch up with LAUREL as we check in on what's happened post-DOGVIOLET, and what's on the way.

Hey Laurel! Hope you’re doing swell all the way over in the UK. When we last chatted was just after DOGVIOLET came out, and when asked about your future, you said: “I'm actually looking for somebody to collaborate with and I'd love to meet a producer who's had a lot more experience than me because I don't want to make the same album again.” It sounds like that ended up working out, with Chrome Sparks. Can you tell us a bit about how that started, and what the songwriting process with Jeremy was like?

Well I met Jeremy three years ago, through a friend riding Icelandic ponies on the Copenhagen coast. How we met definitely set a strong precedent for our friendship! We never really intended to work together originally but bumped into each other in New York. I was actually lost, and Jeremy had a flat tire, we ended up going to a studio nearby to listen to some of his new music and get a drink and then ended up writing this song Best I Ever Had. It was really pretty random, and lucky, as he’s the first person I tried to work with since DOGVIOLET.

Chrome Sparks obviously has quite an electronic, synthesiser-dominated backing, where has yours was more centred around guitar. What was it like tapping into that more electronic realm?

It was really exciting. I had been listening to a lot more electronic pop music, it was so great to see how I could take DOGVIOLET style songs into a whole new realm. I find change very inspiring when creating so the new sound we started to make inspired a whole new set of songs too.

I suppose a bit of both. I had envisioned the sound of Best I Ever Had had for a while. Whereas Scream Drive Faster was in quite a new space and the sound of that one was led by Jeremy more.

How have your songwriting processes changed in the wake of this?

I spend more time on writing melodies and lyrics which is what I love doing the most. I think the vocal lines are of a higher quality too because I have more attention to spend on only them and also I have someone to bounce off who can tell me when something could be better or if a changed note here or there could totally transform the song.

It sounds like you were recording new stuff and becoming inspired while on a road trip around the US, which of course would’ve been shaken up a little due to everything going on right now. What kinda stuff were you exploring and inspired by while travelling through the US, and how did this change - if it did - when you couldn’t be there anymore?

I think the people I met inspired me the most about being in LA and NYC. Everyone seemed to be working so hard, and to be so talented. It’s inspiring to be around that. As for the place, I think it was more the change of scenery and the excitement of taking such a big risk/change that got me feeling the way I did. I obviously saw some pretty amazing things too and we had some wild experiences especially in the desert. It felt so far from what I was used to. LA during the pandemic wasn’t so fun as it was before though and I actually started feeling quite claustrophobic and far from home pretty quickly.

Coming back to London has been refreshing, I feel as excited about being here right now as I was about moving to the US. So I guess what I was really looking for was change. I do seem to find it hard to stay in the same place for too long and this year has been a lot more of that than I’m used to.

Can you tell us a bit about your new single, Best I Ever Had?

It’s a song about summer love in the city. When you first start falling for someone and don’t wanna come on too strong and freak them out but you kinda can’t help it. I feel like it’s the first really happy love song I’ve written. There were a couple disguised on DOGVIOLET, but they still had a sort of melancholy to them.

Obviously a lot of this year has been in the drain because of what’s been going on, but despite that, it sounds like there’s quite a bit in the LAUREL pipeline. Can you give us a few hints of what there is to look forward to?

I have an EP coming out this year and another next spring. It’s kinda like a two-part record – they’re meant to be listened to together, the songs are connected and show my journey the past year. 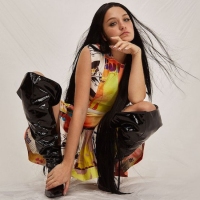 Photo Gallery: CXLOE takes us behind-the-scenes of her debut EP, Heavy Part. 1Snapped while recording her latest EP, the photos give insight into the process of one of Australia's best. 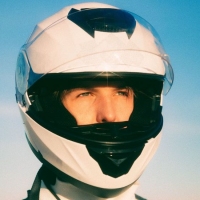