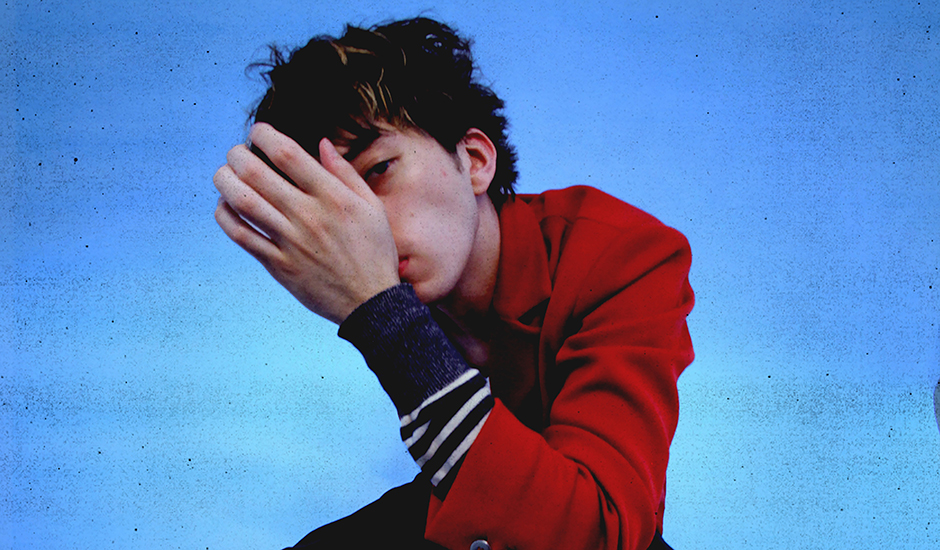 We've come across many incredibly exciting newcomers throughout 2021, most of them specialising in genre-veering experimental sounds that push music's consistent evolution forwards. Then, there's James Ivy, the Korean-American musician who hit us for six when we were introduced to his single Texas around six months ago, a song that encapsulated his boundary-pushing energy and the excitement that surrounds it within just one, tidy introduction.

Since that introduction, the New York-based musician has gone above and beyond to cement his status as one of 2021's most versatile and brilliant in stone - something that's been solidified with every move he's made. Musically, his work has continued to capture the rush of PC Music's hyper-experimental prowess with the snapshots of alt-rock and hip-hop that define his inspiration list, switching between entire genres as he creates cutting-edge bursts that have continued to shake up dance music's conventions as he grows.

Now, it's something that centres itself on his debut EP Good Grief!, arriving the other week via FADER Label. It's a five-track descent into the chaos that's carved from James Ivy's sound, showcasing the versatility ingrained into his sound and the rich experimentalism that strives amongst its creation - something that really becomes the key takeaway of Good Grief!, in a way.

Generally speaking, the record isn't so much an 'experimental' blend as much as it is James Ivy navigating you through his winding list of influences, where you'll see acts like Alex G, Yung Lean and N.E.R.D. side-by-side with Tropical Fuck Storm, Oneohtrix Point Never and Anamanaguchi. It's the way he moulds this all into one, however, that makes Good Grief! such a fascinating record; its switching sounds and changing rhythms pulling you in and not letting you go until five tracks later - each moment in between being one you couldn't possibly predict.

"Good Grief! is a project that I’ve been wanting to make for a long time," he says on the project. "When I was still in college, I had this idea for a project that was a reflection of my experience growing up. I wanted to centre in on this bizarre sense of dread I always had growing up, constantly thinking bad things were bound to happen to me or my loved ones. This idea was perpetuated by the thinking that I hadn’t experienced enough “grief” in my childhood compared to other people and that in order for karma to catch up to me, bad things were surely bound to happen to me soon."

It's something that he explores through the depths of Good Grief!, especially as you pull back the production and unveil the deeper meanings underneath the work. "Looking back, it’s kind of a narcissistic way of looking at things and while I don’t feel like I was able to tackle this theme directly in any of the songs on the EP, I think a lot of the songs touch on these themes of anxiety or dread briefly," he continues. "I’ve been wanting to call a project Good Grief! for the longest time, and part of me is just happy it’s out in any capacity, so I can move on to new ideas."

It's an incredible record that pins James Ivy as an exciting, cutting-edge addition to the international dance music sphere, and with plenty more no doubt to come, take a dive into his debut project below, alongside a track by track walkthrough detailing its themes and creation one song at a time:

Started this song with my friend Jackson Shanks when I was out in LA trying to finish the EP. Me and Jackson laid down a bunch of ideas in a short session on my last night in LA and when I got back to New York, I dove into the project file and kind of reworked a lot of the material we had. It was one of those songs that really grew on me, and I never expected it to actually be on the EP, but the more and more I listened, I knew it had to fit in somewhere.

I just feel like Headset Go is really infectious the more and more you listen. It might not be the most mind-blowing song on your first listen, but I feel like it gets better and better the more you play it. I definitely wrote it while in a pop-music mindset, and wanted it to be as much of an earworm as possible. The song kinda starts up and once it gets going, it never really slows down. It just rolls and rolls. I really like songs like that.

Snakes started in my bedroom, which is how a lot of my music starts out being made. For a while, the only thing I had done was the chorus, and I think one night I just left it on loop cause I was so stoked on how that one section had come out. I really just rode off of that energy from there to finish the rest of the song. Really dig that post-chorus section at the end of the song with the Strokes-y guitar stacks too.

I wanted it to be the one song on the EP that would go really hard in a live setting and I feel like I did a pretty good job with that. I think once I get a live band together for shows, it’ll be so insanely fun to play every night.

I wrote this song around the time of my 22nd birthday. I think that night, I had made two guitar demos that sounded kind of similar to each other. One demo would go on to be the intro of my song Texas and the other one would turn into Dirt. The drums on this song remind me a lot of Ecco2k’s song AAA Powerline, was definitely trying to capture some of that magic in this song. Also, I think these are my favorite lyrics on the EP. They were super spur-of-the-moment, and I’m even surprised that they came out so well haha. This song does have a special place in my heart though. I think it’s a really sweet little interlude to help balance out the EP and I feel like it has an emotional core that’s a bit different than the rest of the songs, which in this case is a good thing.

Last Star was the song that I knew I really wanted to smash outta the park. The genesis of this song came from a sample of a song that my friend Instupendo showed me called Plays John Cassavetes, Part 2 by Ekkehard Elhers. I then built the chord progression around this sampled string loop and added a simple looping breakbeat over the top of it and started freestyling some lyrics. Ended up with kind of a crude version of what Last Star would become, but even in its roughness, I still felt like there was something special there.

From there, me and my friends from the band Wavedash would go out to LA to work on the EP in a studio setting and it was there that they really helped me take this song to the next level. We replaced a lot of the original drums and synths I had with newer, bigger sounding elements. The hardest part of this song to crack was the structure of it. I remember calling Porter Robinson around the time that this song was due and we went back and forth over the phone on ideas of how the song’s structure should be changed. We workshopped so many different versions of the structure, but ultimately we just chased our tails a bit and ended up with the original version of the song.

I’m glad we did that though, because I feel like if we didn’t give other ideas a chance, I would’ve always felt like maybe ‘Last Star’ could’ve been better, but I have solace in knowing that it’s probably the best it was ever going to be.

My favourite song on the EP for sure. Similar to Snakes, I started writing this song in my bedroom and pretty much only had a chorus for it. But it’s such a chorus heavy song that I kind of felt like the entirety of the song should be focused on getting back to that chorus section so people could hear it again. I remember making the breakdown in the middle of the song at around 1:52. I just kind of wanted the song to explode at that point. Just fully blow the lid off of it.

Luke Shippey from Wavedash who’s a close friend and frequent collaborator on the James Ivy project sent me this giant audio file of a bunch of little soundbytes all stitched together which is where a lot of the sound effects from that middle section come from. I almost approached that middle section as like a drop in a dubstep song or something. Wanted the audio to be manipulated in a way that could’ve only been done using a computer, hence the hard cuts and crazy synths. Through this it became a song that was based in this analog world of throwback-y 90’s rock and brit-pop but executed through a digital medium, which is really what I was trying to go for all along on this project. 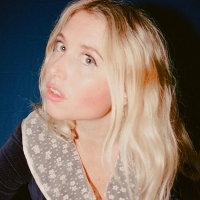 Inside the return of Phebe Starr, Australian pop music's heavy metal flower petalArmed with a new single and a debut album on the way, one of Australia's defining indie-pop artists makes a return with an exciting new edge. 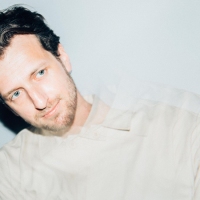 Listen to Jouissance, a glitzy return from synth-funk purveyor Harvey SutherlandThe Melbourne musician's first single for the years comes off the back of a period busy with production credits and remixes.
Electronic