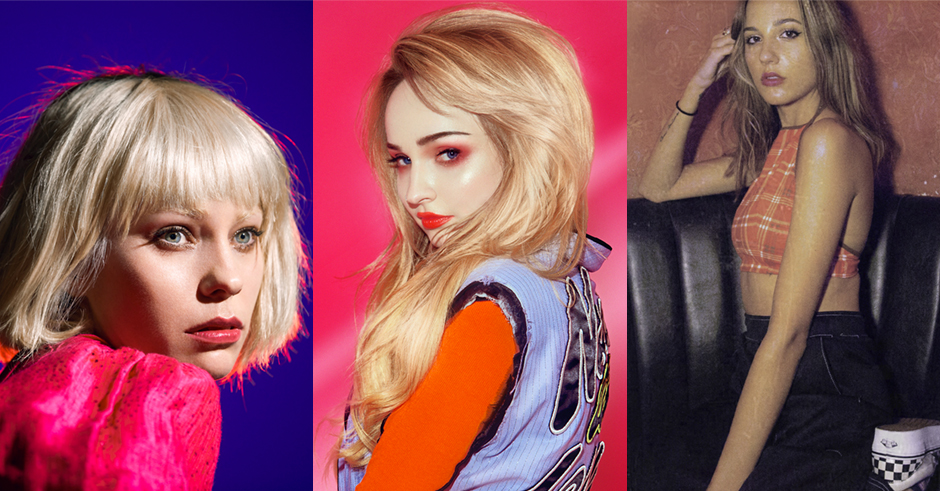 Every week, we're hammered with tonnes of new music from Australia and afar, so much so that at times, it feels a little overwhelming and you're not quite sure where to begin. Every week, we run down this week's must-listen singles and releases, this week featuring names like Olympia, LAUREL, Kim Petras and more. Check out Pilerats' homepage for more brilliant music and news, or subscribe to our Spotify Office Playlist for easy listening.

It's been a while between drinks for Melbourne-based musician Olympia. After initially breaking out in 2013 with her debut self-titled EP, the ARIA-nominated Australian force continually charmed us time and time again, eventually peaking out at her 2016 debut album Self Talk - her last release before taking a solid two years away from the release spotlight to further explore her sound and emerge again, in 2018, with Star City. On her returning single, Olympia re-emerges with a sound that reduces her distinct past tone to only a slight shading, instead electing a more cross-genre, guitar-backed take on her polished pop sound that is both remarkably unique and unexpected. It still has that singalong feeling that made Olympia's previous work so addictive and engaging, but by backing it with a more indie-flavoured instrumental, she's showcasing a surprising versatility that we presume will be centre stage on her forthcoming second album, which is due later in 2019. She's heading out on tour too, grab the dates and tickets HERE.

Keeping on trend with Australian pop names, London-via-Melbourne rising force CLOVES has positioned herself as one of our country's (she was raised here, it counts - okay?) most promising over 2018 thus far, with a run of brilliant singles - Bringing The House Down, Wasted Time and now, Hit Me Hard - suggesting that her debut album to be quite a stunner. Said album, One Big Nothing, is set for release on September 28 via Universal imprint Islands Records Australia and comes with another preview in the aforementioned Hit Me Hard - a chanting, festival-ready take on CLOVES' sound that combines her captivating vocals with a commanding drum line (in the chorus) that you can just see being blared out over the Splendour main stage. The single's touching lyrics give it a bit of contrast, with CLOVES explaining the single's meaning of ending relationships: "Hit Me Hard is about the defining last moments in a relationship," she says. Make sure to grab the album when it's out in late-September; it's gonna be a big one.

One of today's big album releases comes from the London-based Pilerats favourite LAUREL, who caps off a pretty big four years with the release of her long-awaited debut album DOGVIOLET. It's a great release that showcases the sparse, minimalist-like style of the rising indie-pop name, and amongst captivating vocals and stripped-back instrumentals intwined with shadings of jazz and pop sits Adored - one of the album's big highlights. Nestled amongst LAUREL's subdued brilliance, Adored is a bit more of an upbeat and commanding number, with stomping guitar leading the way for LAUREL's ruling and more dominant vocals to sweep through and take up the limelight. It seems that the whole world is obsessed with LAUREL at the moment and we're definitely no different - check out her debut album before she makes her Australian debut whenever that shall be, with the hype behind her, it can't be too far away.

Brisbane's Carmouflage Rose is a rapper on the rise at the moment, with a brilliant pairing of first/second singles - Late Nights and Wildflowers - well and truly making him one to watch among the Australian music scene, especially as he starts to crossover to that 'mainstream' appeal. Let Me Down is his third and it's his biggest yet, teaming with Australian (but now LA-based) electronic/pop favourite George Maple for a single that only continues his effortlessly-easy stride to the top. It also comes with the v-exciting announcement of his debut EP TASTE, which will arrive via Sony Music on October 12, bringing with it what is no doubt to be more unique hip-hop marked by Carmouflage Rose's unique, bouncy twist. Let Me Down, in the meantime, is a bit of a twist on his sound, pulling things back a little for comparatively more down-tempo and pop-leaning tune that adds a bit of versatility and range to Rose's discography thus far. Hopefully, TASTE continues to see him experiment a little - it's a competitive time out here for Australian hip-hop.

Kim Petras - All The Time

If you're yet to be acquainted with Kim Petras, now's a perfect time. The German-born, LA-based trans musician has a massive cult following online, with a run of eight, 90s-influenced pop singles positioning her as one of the world's most exciting and promising in the genre, topped off with collaborations with names like Charli XCX and Lil Aaron and a huge, America-wide support slot for Troye Sivan on his upcoming album tour. Her latest single, All The Time, is another catchy track that highlights her influences in 90s US pop, 80s European disco and Britney Spears alike, uniting a glittery, saccharine sweet production with her signature, Charli XCX-reminiscent autotuned vocal. She's well and truly got the US and European market on-lock, but now it's time for the Kim Petras hype-train to make its mark on Australia's commercial pop world - it's definitely happening, it's just a matter of when. 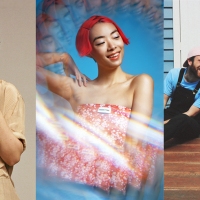 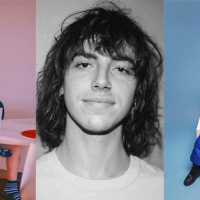