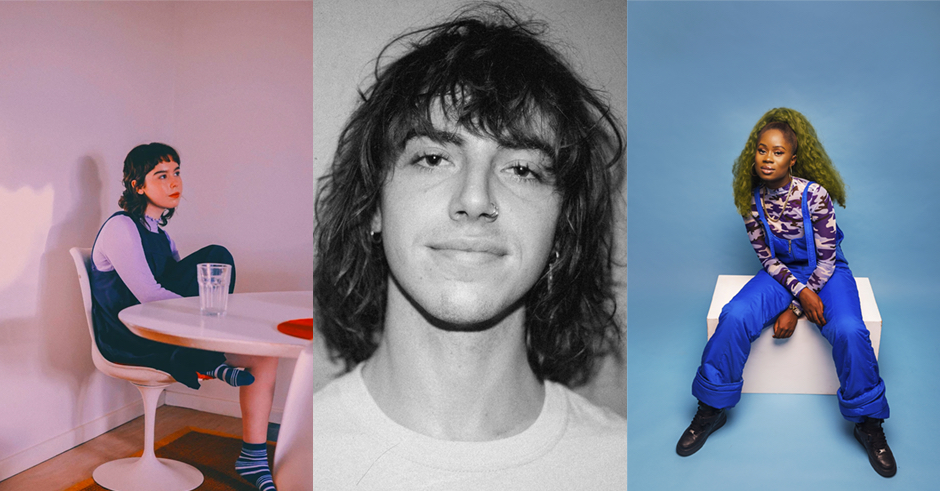 Every week, we're hammered with tonnes of new music from Australia and afar, so much so that at times, it feels a little overwhelming and you're not quite sure where to begin. Every week, we run down this week's must-listen singles and releases, this week featuring names like Tyne-James Organ, FRITZ, Feelds and more. Check out Pilerats' homepage for more brilliant music and news, or subscribe to our Spotify Office Playlist for easy listening.

With only a pair of singles behind him - his break-out debut In My Arms and late-last year's returning track Watch You Go - Melbourne's Tyne-James Organ has already set himself up as one of the country's most popular recent-risers, often uniting incredibly personal lyrics and messages on loss and other themes with his charming, vocal-driven indie sound which is simply spectacular. Arriving ahead of a heap of dates over the next few months - BIGSOUND, NYE On The Hill and headline shows included - Graceful is his latest and it follows a similar suit, combining some super vulnerable - and cathartic, as you're about to find out from the man himself - lyrics with his signature, guitar-driven indie-pop sound. "I’m really excited to be sharing Graceful, because it perfectly sums up the past 12 months of my life, and puts into place everything I’ve wanted to say but just haven't been able to find the right words for," he says on the track. "It’s funny, when you’re with someone they can so easily make you feel like you're the entire world, but then the moment that’s gone you find yourself questioning every part of your existence. For me, creating this song was about emerging out the other side and finding a sense of grace within myself again." Grab more info on his upcoming shows HERE.

There's a lot of great hip-hop coming from the 'rising stars' of Australian rap, and one artist leading the charge is definitely Sophiegrophy. The Melbourne-based musician has taken our hip-hop scene by force, with singles like the boundary-pushing Fa$t Life, this year's irresistibly catchy Bag, and collaborations with Milwaukee Banks, Airwolf and Strict Face well and truly cementing her 'one to watch' status in 2018. Caution is her latest and possibly her most bold and dynamic, teaming up with esteemed producer Jia Lih for a confident and quite complex, genre-pushing single that melts together the worlds of hip-hop, trap and funk with some really refreshing tropical shadings. It's the next chapter in Sophiegrophy's trek to become one of our hip-hop scene's most bold and enticing, and with a big rest-of-2018 and beyond planned, she's showing no signs of slowing down - she's well and truly in the fast lane.

After meeting Newcastle's FRITZ with her catchy single Biggest Fool in the World earlier this year, we were left questioning just why exactly Newcastle isn't the musical hub of Australia. Summer Holiday, the up-and-comers latest single which arrives ahead of a few shows at BIGSOUND next week and a full, east-coast tour to follow (plus a slot at Wollongong's Yours & Owl's Festival too), does nothing but make us question this further, with FRITZ well and truly putting herself on what should be everyone's radars with her bright newest single. It's a soft and dreamy slice of bubbly indie-pop which once again, showcases everything FRITZ should be loved for with a remarkably bright shine, uniting relatable lyrics with her stripped-back and sunny sound which is utterly brilliant. "It's about losing friends, a boyfriend, and inner confidence, consecutively," she says on the single. "It’s very over dramatic and naive though, considering I’m only 18 and basically singing about how being dumped by my first boyfriend was the worst thing that has ever happened to me, when really it wasn’t." Get the deets on her upcoming bunch of shows HERE.

While you may know her as a crucial part of The Bamboos, GL and/or Dorsal Fins, Melbourne musician Ella Thompson is a star in her own right, something her latest single Snow displays perfectly. Arriving through her own label/arts publication Pool, Snow is the first taste of her exciting upcoming EP Hysteria - out in October and her first since 2015 - and it's a real moment of beauty, presenting her incredible talent of songwriting and musicianship through her raw, electronic-driven latest that'll leave you stunned. "Snow is about the feeling of temporality," she says on the single. "I wrote it as a part of a broader work performed at the Melbourne Recital Centre last year (called Like Running Water), where through the theme of water, I am looking at fluidity, and shifting ideas of strength and power. I’m interested in the idea of metamorphosis… what changes. The women and the rocks in the visual of Snow, co-existing with soft and hard surfaces. Collaborating with Prue Stent and Honey Long on this video was pure joy, their use of body art to reconfigure the gaze is a thrill. The song started with a loop of (collaborator) Jonti’s voice, which was then developed with strings, piano and many other bits and pieces."

After smashing it out of the park with his debut EP Hunch earlier this year, Melbourne's Feelds is back with a new single - teasing a slightly new direction post-debut EP with Kill The Moon. Recorded with the recently-formed full live band, Kill The Moon brings Feelds' quickly-establishing sound back but with a fuller and more lush feeling (probably thanks to the band's involvement), kicking things straight off with a woozy slice of indie that'll leave you intoxicated. Combining his calm-and-collected vocal with a dreamy instrumental that sits somewhere between psych, dream-pop and traditional indie, Kill The Moon is the perfect entry point to Feelds' music if you're yet to get on board. Speaking of which, it's probably a good idea to do that sooner than later, with the Feelds' path only facing upwards as we approach what is bound to be another big 12 months for the crew in 2019. 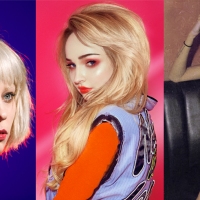 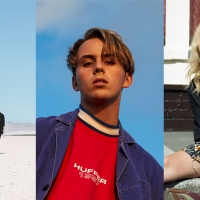