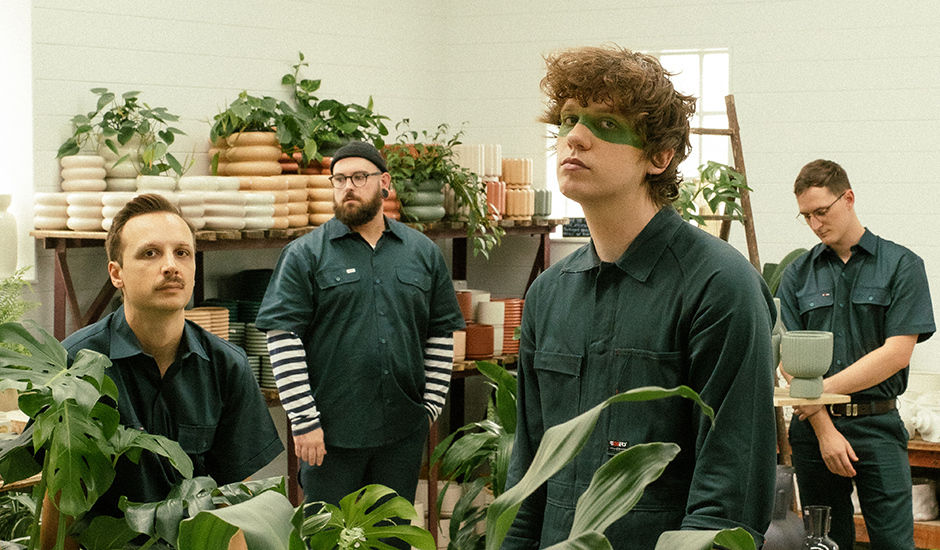 Over the last few years, Brisbane-based four-piece Waxflower have become a go-to for meaningful pop-punk, something they've consistently presented and built upon with every single they've released since their debut back in 2019. They're a band where each track is as brilliant - and often poignant - than the last, capturing intense emotional processing and reflection through a ruckus-inducing sound that often still sounds fun and full of life, a contrast the group have well and truly found their lane within.

Take a song like Back To Back, for example, which came very much in Waxflower's early days. It's was a voyage into the mind of frontman Tristan Higginson: "I was pretty much having panic attacks every day related to my health anxiety, which caused me to withdraw myself in my relationships," he said with its release. Songs like Together kept that intimate core of their work - "Together is an important snapshot of a difficult period in my life," Higginson explains - while Not Alone, a taste of their newcoming debut EP, offered another glimpse of personal, potent brilliance: "Not Alone is an exercise in self-reflection, focusing on the internal struggles that come with striving to better your mental state."

Last week saw the arrival of that debut EP, with We Might Be Alright being an encapsulation of Waxflower's craft and how they're able to mould it around a full, five-track release for the first time. As you can maybe expect from what we've talked about so far, it's some of the most intimate songwriting of the year to date, capturing that personal and upfront core of pop-punk's pioneering favourites and showcasing it through a distinctly Waxflower lens, one that presents this heartfelt energy the group have made their own over the last three years.

"The name We Might Be Alright is a representation of this, but there is more to the full product. The writing of the EP happened alongside me overcoming my crippling anxiety and panic disorder. Although that was a net positive, it came with the new challenge of having to shed the way I saw and projected myself due to those struggles. I had to replace my anxious life with a 'normal' one," explains Higginson on the EP, which arrived last Friday via their home at Rude Records.

"This was scary to me because although my time living in the grasp of my anxiety was horrible, it led to this band, the songs, the tours that would eventually help me to overcome it. It’s the reason why shows like The Voice focus on the sob stories more than the singing," he continues. "It’s an interesting part of the human experience, and there is a part of me that thinks we’re only valid in our scene if we continue brooding. It’s something that I’m still coming to terms with, and this EP catalogues these thoughts in each track."

As their debut EP, We Might Be Alright gives Waxflower the opportunity to stretch out their honest pop-punk into a longer format, offering - for the first time - a greater encapsulation of their vision, and the multi-faceted sound that underpins it. "This is our first cohesive release," Higginson explains. "I think it’s a perfect representation of what we’ve learned over the last year or two as well as the experiences I’ve had along the way. Hopefully people can resonate with its optimism, the world surely needs some right now."

We Might Be Alright is the end of a journey for Waxflower as much as it is the start of a new one, and you can take a dive into it below, alongside a track-by-track EP walkthrough dissecting the EP's themes and creation one song at a time.

Again is a song that signalled a new era for us. It was the first time releasing a song in the same year that we’d recorded it. Our previous singles had been recorded back in 2018 & 2019. It was really a line in the sand for our next step.

Again is definitely the mantra of hope on the EP. It’s a reminder of one’s capacity to heal when times get tough - “mend again, again and again”. Having Caitlin sing on it was the perfect was to really highlight this one and the way her voice blends and flows with Tristan’s is one of my (Dan’s) favourite parts of the track.

Not Alone is another exercise in self-reflection, expanding on the themes covered in Again.

It's easy to become complacent in times of sadness or anxiety, to become defined by it. For me, that became a facade, almost as if I was lingering in that shadow to bolster an image rather than actively trying to get better. “Cut into the skin, Carve into the bone” - see that you truly want to be happy- and you don't have to do it alone. We definitely battled to get this one exactly how we wanted it and it was a huge help having Stevie there to polish it into the gem it has become.

3. Food For Your Garden

At the time of writing, this one isn’t quite out yet, but we’re all so excited to release it and see how people connect with it. I think this is the song I spent the most time working on. I was a man obsessed. Sneaking out of bed in the middle of the night to record voice memos in my girlfriend’s bathroom. It may be the song I’ve heard the most in my life and it isn’t even out yet.

Sometimes you aren’t meant to be in someone’s life - and that’s fine. Food For Your Garden lives in-between the bargaining and acceptance stages of this realisation. It's about running from your past and avoiding personal change by trying to find it in another. “Maybe I can change” - unnaturally shape myself around a partner, naively thinking that I won’t spring back to my real self - someone incompatible.

Manifesting your own downfall and enjoying the ride down - Fake Frown approaches the other side of Not Alone. This is the oldest song on the EP, and at the time of writing, I was still in the middle of my anxiety/panic spiral. I was exhausted, the song touches on me consciously letting go of the reigns and letting my anxiety take hold. It was unhealthy, but a part of me wanted to show those undermining my struggles (of which there were likely none) just how bad it was, how bad it could be.

As well as closing the EP, We Might Be Alright was the last song written. It’s me thumbing through the themes of previous Waxflower songs. I wanted to tie a bow on them, send them off in a more positive light. Despite all the melancholy, don’t write off hope that, in the end, everything could be alright. 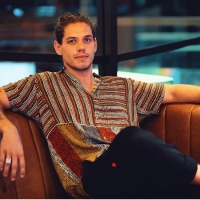 Introducing one-to-watch Rob Edwards, and his returning single Lonely LoverThe stirring new single from the Adelaide-based artist marks his first material since his debut in 2017. 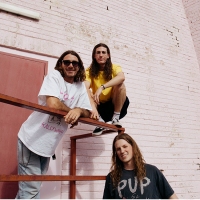 EP Walkthrough: WA rockers Pretty Uglys explain the stories of their Party Friends EPThe Perth-via-Busselton trio will celebrate the release of their new EP with a bunch of tour dates this May.
Bands