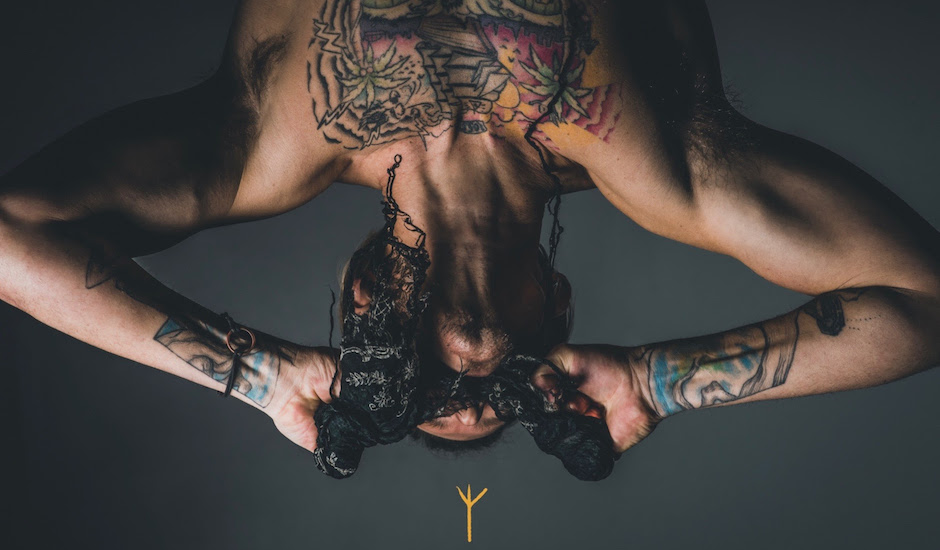 YT DiNGO (pronounced White Dingo) is a music and dance project from Travers Ross, combining an ambitious blend of rock, hip hop and electronica, most notable for the ferocity with which he approaches the project. He's currently working on an exciting short film trilogy, which kicked off with last year's Shipwrecked single and video, and continues today with part two - Thrill Of The Chase.

Directed by ARIA Award-winning videographer Claudia Sangiorgi Dalimore (Her Sound, Her Story), the stunning visual showcases a deep love for Aboriginal culture (which Ross goes into further in the Q&A below), set in the Gumbaynggirr outback. It all adds up for an exciting project, one that still feels in its infancy, with big things coming for the rest of the year - learn more below:

At this moment, I’m a human who still loves to play and when I am not allowed to or when I hear others not allowed to, I get righteous. Then I write, sing, rap, scream, choreograph, dress and dance righteous. I love performing a lot, the process of creating, the tropics, surfing, culture and my pooch. I’m a lone wolf who loves adventure and learning from this journey I’m on and writing lyrics and music about it, then dancing to it with the whole rig! Band, dancers, camera crew and playful friends. I am Australian by certificate but am embarrassed of that because a lot of my time is spent with cultures of the world mostly with First Nations in rural parts of Down Under. When I’m out back under the down under I see the truth of what white Australia is still doing. It hurts a lot so my heart has to share the message, express and create from that or I can imagine it’d sit inside me, and I would take it out in the ways that hurt others. Figure the other way will keep me out of trouble and in love, especially creating the ultimate show, track, film and dance party for us all to shablam this life.

It changes with each track depending on what the lyrics and story is about. A combo of hard rock, soft rock, rap, a bit of electronic stuff in there, roots, blues and something danceable. I have some features from Djuki Mala from Arnhem Land so that brings First Nations’ sounds and language a little. It’s a mix and somehow all says YT DiNGO.

I’m very visual when I hear sound, so I am usually already creating the live show or music video as I’m writing with different musicians to suit the feels. Of late, I usually riff off one of my go-to guitarists or a beat from one of my producers. Then it will line up with a feeling of some lyrics I have written. Then I usually just jam and play around with it all, get in the studio with Dave Dogg Atkins (Wolfmother, Hydrofunk Records) and let his microphone have it. We then just mix and master til its right and then usually the lyrics lead to some awesome
conversations for our lives and where we at. Then we come up with live versions for the shows, I get with the dancers and choreograph, we rehearse over again and come up with different ideas blending the band and dancers and then BOOM! I give the audiences my insides!

Can you tell us about your new single, Thrill Of The Chase?

It’s the second video of my trilogy, the first was Shipwrecked and I have one to follow not long after TOTC. This trilogy including Thrill Of The Chase is a raw expression of my little story on this planet in outer space at this moment in the only way I can communicate at my fullest from experiencing all of you (people, animals, nature and what surrounds us).This art is for you to listen, watch and feel on your own behalf and in the live shows together we can release! What it means to me in the this music video is very simple.

The song: Speaks about the animal in us, when it wants something it will say and do all the things to get it. Hearts get broken on the way and if that hurts your's you realise you were just a stepping stone for their Thrill. So fucking RUN if you sense that and if you truly love who you are!

The video: Shows something relevant yet a little different to the straight meaning of the song with a YT fella entering the depth of the bush in BLK womens' country. By lore this is not excepted so these women are out to kill me. My wing man Blk Cockatoo is there to protect me and let 'em know that I’m a good one, one that respects, honours and wants to help. They may or may not trust me but thats up to you to watch and then watch on when the next single drops to see where it goes after.

Just to name one of the creatives involved: With best video ARIA Award winner of 2018 Claudia Sangiorgi Delimore (Her Sound, Her Story) directing openly going with my original way of creating and me leaping into her. I have such gratitude for her existence doing what she does as it really allows me to do mine.

I am so grateful to create with this cast in the video! I hope to see more 1st Nations talent saturates our screens and sounds! It’s the only true identity of this land and has the wisest culture of the world to me and what I have witnessed in this life.

I performed at Splendour In The Grass 2018 and at Festival 2018 with my dance company S.O.A. and I’m hungry for more so I’m planning a Down Under YT DiNGO Trilogy tour as we speak, sharing my new EP, with S.O.A and special guests supporting. This ain’t any dance company either. It was built for rock festival audiences and rebellious venues! This is going to be a full night where live music meets dance, MJ meets Linkin Park, Rage Against the Machine meets Madonna but totally influenced from this land.

Following Thrill Of The Chase, The Wicked Rest track and video will drop. It features 32 dancers as a human chess board filmed at the new massive HOTA Amphitheatre on the Gold Coast. Following that, my EP will be released followed by an Australian tour, shows and festivals I’m sure. I will most likely hit the summer in LA and do some performing, writing, filming, training and visit all my friends there. 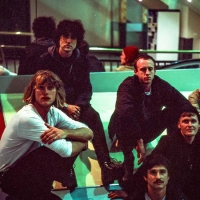 Introducing Sofala, who just dropped their swirling, psychedelic debut self-titled EPThey're about to hit the road with good pals TomGirl for a hefty run of shows. 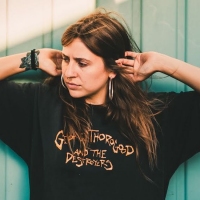 Premiere: Bec Stevens releases a special vid for 10 Minute DriveThe Adelaide-based musician, one to watch in 2019, will release her new EP next month.
Bands