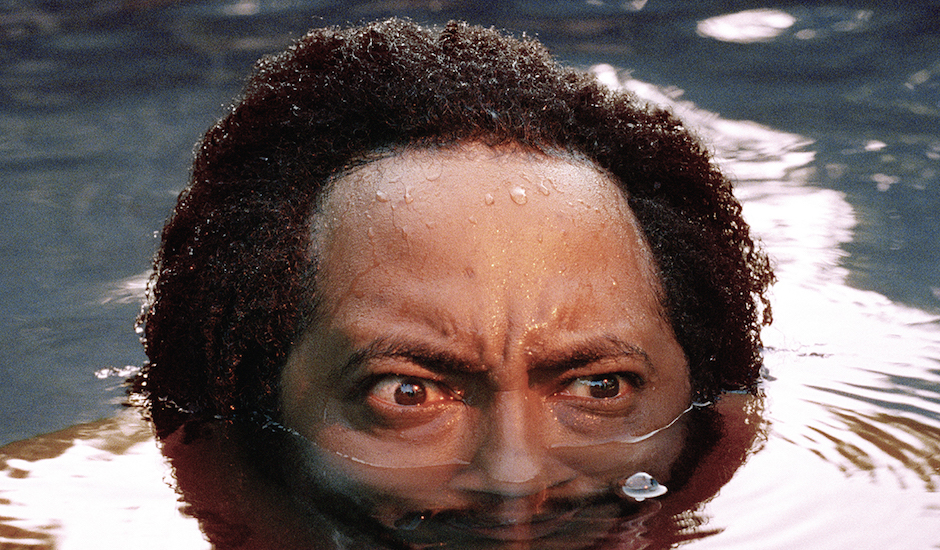 There couldn’t possibly be a better title for Stephen Bruner’s (Thundercat’s) latest record, Drunk. On the majority of musical offerings there’s an ode to everyone’s favourite drug, alcohol. Parts of the record remind me of blurry yet marvellous nights out on the town. Some places come across as jolly nonsense; where as other sections cast my mind back to troubles brought on by overindulging on booze. Put simply the album seems to track the peaks and troughs of getting loose. This is a body of work with a whole lot going on inside; just remember it need not be taken too seriously. Thundercat’s just a comic loving oddball with a knack for jazz, song writing and bass guitars.

The kookiness starts right away with Rabbot Ho and Captain Stupido sounding like deranged boozy monologues. Bruner seems totally inside his own head, tossing out strange phrases like “all the pretty lights and sounds to open up the night”, “lets go hard, get drunk and travel down the rabbit hole” and “I feel weird, comb your beard, brush your teeth”. Cleverly Thundercat’s kicked the album off in such a bizarre manner there’s an allure to continue listening to see where on earth where we end up.

Track three Uh Uh serves as a bridge into the guts of the album. Made up of hyperactive bass and drums, this is a jazz jam. It’s a certainty Flying Lotus had something to do with this one as this style characterised his superb You’re Dead, from 2014.

A Man’s Fail (Tron Song Suite II) is a beautiful rain on the windows melody with one heck of a puzzling title. As his pseudonym suggests Bruner loves household cats and this tunes all about transforming into one, as he swoons “I wish I had nine lives, sitting in the sun letting the rays wash over me…it’d be cool to be a cat”. The transformation seems to mentally take shape with a bulk of the recording being meows! The following piece, Lava Lamp, is a tale of drinking too much and hurting your other half in the process. Thundercat’s beautiful voice comes to the fore as he cries out about not judging a girl for leaving, as it was he who was in a crumbling state, “sometimes I just need to freefall…”

Along with the aforementioned royalty track nine sees Thundercat feature soft rock icons Michael McDonald and Kenny Loggins on Show You The Way. The two top lines are a delight, full of baby making feels, underpinned with placid drum breaks and signature bass licks. I mean come on! Both dudes get their own introductions before they even open their mouths.

Things slow down to melancholy with the next slice Walk On By, with the hottest cameo of them all from K. Lamar. Over a sharp drum machine and dull key compressions, Lamar spits pensively about pushing through turmoils naming prison, turf wars and conflicts overseas, never truly finding a rhythm.

Following this big feature there’s a change in emotion and energy. The next eight tunes sound lively, even danceable. Them Changes and Friend Zone are the lynchpins in the middle of the record. Squelching bass, entrancing electronica (FlyLo’s business I’d assume) and some damn good sax from Kamasi Washington stir up an atmosphere that encourages you to move around. The cheeky prose on Friend Zone is infectious, quotes like “coz I’d rather play Mortal Kombat anyway” and “is it coz I wear my hair out or because I like to play Diablo” just further highlight Thundercat’s jest.

Tokyo really creates a scene in the mind, for me mostly halogen signs and anime posters. I feel as though I’m in a mini-movie for a pub-crawl in Japan's capital, a place I’m still dying to visit. Track 16, Where I’m Going is a neat cut, thanks to obvious architecture from you guessed it, Flying Lotus. Scattering drums meld with a chopped Bruner vocal and some very sweet bass chords, a sneakily good tune to not be overlooked on what’s a very long album. This is probably my major criticism of Drunk; it’s 23 tracks deep! Many of the tracks are easily forgotten and are over before they began. That said I like how the album winds down, taking on a drowsy tone. The title tune is great in its casual description of getting pissed to numb pain. There’s a reason so many people head to the pub in misery, it works for a little while…

The last pair, The Turn Down and DUI feel like a cinematic end to the record, like a drive off into the distance. The Pharrell feature is pretty hard to bypass, wobbling bass chords and drum machine hits collide as the two discuss the aftermath of parties, although I can’t be sure as Pharrell’s verse is cryptic as he sings “this will probably sound like I’ve been smoking hash”. DUI rounds things out on the irony and puzzlement of drinking, often it’s terrific and often it’s far from terrific, “sometimes you’re alive, sometimes you’re dead inside”.

The bass feline takes a long, hard look at drinking on his second full-length, and while it does err towards the too lengthy at times, the journey is worth the destination. 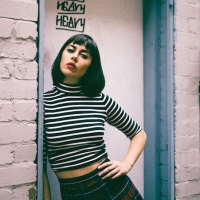 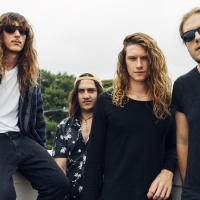 Exclusive: Stream The VANNS' new EP SHAKE THE HAND THAT PICKS THE FIGHTThe four-piece have also revealed plans for their debut album.
Bands