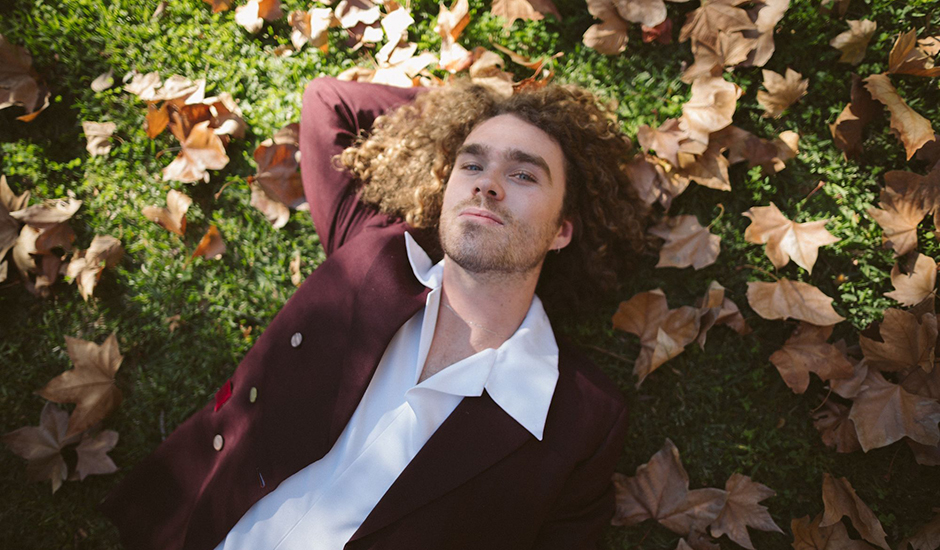 Most people familiar with Perth's indie-rock scene would've fallen in love with Noah Dillon years ago. The West Australian musician has been a key member of the live music space ever since his entrance four or so years ago, moving from strength to strength as he unveiled new singles and took his energetic live show to venues across the state (and later, the wider country), stepping up with everything he put out. His debut EP - 2019's Everything Melts - continued that, being a five-track introduction to the musician's prowess; somewhat of a summary of his eclectic sound and the broad range of textures and sub-genres it dances across.

It's become clear that Noah Dillon is a reckoning new force to West Australian music, but in the two years since Everything Melts, he's shown that on a level no one quite expected, teetering closer to a full-blown national breakthrough as he continues to reach new heights both in recording and on the live stage (the latter admittedly only in W.A. though, as his east-coast shows continue to be delayed). He signed a label deal with Dew Process, a touring deal with Select Music, and consistently pushed his sound to the edge with singles that have littered the last two years - going further and further into musical brilliance as he continued.

Now, with his second EP Don't Change For The World (Like It's Changing Me), Noah Dillon is beyond the point of an introduction; his new EP being more of a masterclass of his strengths, and how damn far he's managed to come even in the space of just a few short years. Arriving via Dew Process, Don't Change For The World is a five-track display of Noah's personal and often-intimate songwriting, even when playing with sonics that a little on the heavier side of the indie-rock-pop-esque spectrum.

Take Make You Cry as an example that peers into Noah's personal songwriting and the romance-leaning topics that are centralised throughout much of Don't Change For The World, and how he contrasts that with a fun and upbeat chorus of guitar and percussion that comes to life alongside his greater band: guitarist Sam Rocchi, drummer Jack Hill and bassist Claudia Genovese. "I wanted this song to be a mixture of fun / quirky rock with really sad lyrics over the top," he says.

It's something that he toys with across much of the EP, as he reflects on relationships and friendships that have come and gone (or stayed) over the last few years. "I’m of the opinion that all you leave behind in life are the relationships you’ve built with people," he explains. "Most of my lyrics stem from analysing my relationships with those closest to me because it’s a place where there’s always a lot of passion."

This romantic reflection is the core of Don't Change For The World as much as it is Noah Dillon's ability to bring them to life; the EP moving between themes and topics as he sonically swerves between different facets of the indie-rock umbrella, from the sounds a little more tender and reserved to those that come to life with the electricity that's sparked when Noah Dillon reaches his most high-octane heights.

More than anything though, Don't Change For The World is a solidification of what Noah Dillon does best, and as he glides closer and closer to his full breakthrough moment, it's clear that the long-time Perth favourite is soon destined to be a favourite of Australia too. That's something that will continue to unveil itself over the next year or two we're sure, but in the meantime, take a dive into Don't Change For The World below, alongside a track by track walkthrough of its themes and creation written by Noah himself:

Alive and Kicking is about just being happy that someone is alive and that you're together. I guess it’s a love song drenched in a bit of self-doubt and with the overall message that sometimes relationships get really hard but at the end of the day if you're both alive and kicking everything ok!

This is the longest it's ever taken me to write a song, I started it 2 years ago in an old share house and I had just met someone I was falling in love with. I wrote the first verse and would just play it whenever I had a guitar in my hand. For some reason, it took ages for the whole thing to come together but I was just enjoying adding bits as the relationship progressed and was happy to wait for the lyrics to fall out instead of forcing it. Looking back at it I think this song gives a comprehensive timeline of relationships and the ebbs and flows of getting to know someone.

Losing Touch was written in a bit of a stream of consciousness, I had been playing around with the riff and chords for a week or two and it all sort of just fell together one afternoon. Lyrically the song looks at people growing apart in a relationship and the feeling of losing touch of the spark that kicked the relationship off. I was having a really hard time with both friendships and relationships and was in a space where I felt like I didn’t know who to turn to. This song was a bit of a turning point in realising that I need to reach out to my friends more and reconnect with the people I love.

I had just started getting into more production and refining the demos I was making at home. I was really focusing on rhythm at the time and recording drums the way I wanted them to sound. I think this song was the one where all of that started to click and I think the production I was working on really ended up influencing a new groove/ feel that we haven’t had in our music before.

That’s Your Teeth Between The Lies

When I was a bit younger I had a relationship that ended with me realising the person had been lying and deceitful about a number of things for a long time. It took a while to process it all and hurt me in a way that I hadn’t really been hurt before. This song is about that, but written sometime after with a bit of clarity on the situation. The main thing I struggled to come to terms with is how someone can look you dead in the eyes and lie, I don’t think anyone had done that to me before. This song goes into the processing/ grief of realising that someone has.

This was so much fun to work on! I went into the studio for a day with Andy Lawson who produced this EP and at the start of the day, I showed him the song. We were both really vibing and were ready to build a song around this solo version id written. I recorded the piano and the vocals first off and then…. Nothing really came out, we spent 5 hours or so trying things and nothing really working. We went and had some food and made the decision to keep it stripped back and just piano and vocals. But I just had this idea of drums that I needed to hear so we quickly set up one mic over the drums and I tracked the 2nd verse groove (which was later played by Jack Hill). This was like a door opening into the possibilities of this song. Within an hour we had tracked 6-7 more parts ontop and had what you hear now!

That’s Just How I Feel

I wrote the song towards the end of 2020 in a stream of consciousness. Lyrically the song is about the things, people and events that make me feel like shit in life and how being with someone you love and being yourself is the perfect anecdote to that feeling. The song is meant to encompass freedom in individualism and being who you are.

I think 2020 built up a lot of frustration in people and I wanted this song to be an anthem for holding onto the people you love, your beliefs and not caring about what lays outside of that.

I wanted this song to be a mixture of fun/ quirky rock with really sad lyrics over the top. It touches on the want to tell the truth but the desire not to hurt anyone. Often those things can’t exist at the same time which SUCKS!!!  I took it to the band (Sam Rocchi, Claudia Genovese and Jack Hill) and they fleshed it out. I then told them about the idea for the EP to be called Don’t Change For The World (Like It’s Changing Me) and as I was telling them I had the thought of the outro of the album and this song being me just singing that over and over. We jammed that last section and it fit perfectly in the song.

I think this song sums the EP up really well. It’s all about navigating relationships, honesty, growing up and trying to be myself. 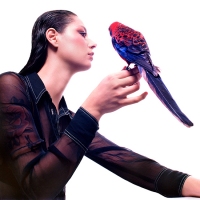 Listen to Heaven, a hauntingly beautiful return from Melbourne's Grace CummingsTwo years following her critically acclaimed debut, one of Australia's most remarkable musicians returns with a new album out next year.
Bands