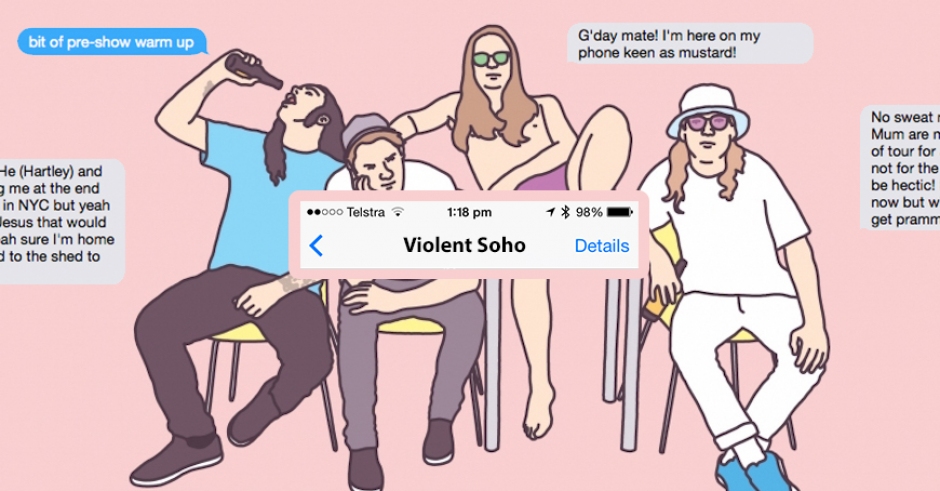 It's safe to say 2016 has been a pretty great year for Brisbane's Violent Soho. Arguably Australia's biggest rock band right now, their latest album WACO was released to much fan fare; cracking new video clips are pooring out quicker than a tall pint of Stone & Wood; they rocked around the country for basically the biggest rock'n'roll tour of the decade with Dune Rats, DZ Deathrays and Gooch Palms; and most recently, slayed all and sundry at Splendour In The Grass a few weeks back.

Not content with letting that be it for 2016, they'll be heading back out on the road for one epic tour with absolute bloody heavyweights The Bronx, plus a couple of young guns in Luca Brasi and Perth's own Tired Lion. Click the banner below to grab yourself a ticket to one of the shows, and check our little iPhone-based chinwag with barefooted drummer supreme Mikey, who kindly took some time in between getting his shit together for their upcoming North American tour to re-cap on the group's huge 2016: 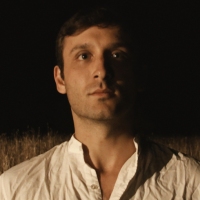 D.D Dumbo's new single Walrus marks him as an act to watchThree years after his debut EP, we are one step closer to his debut album. 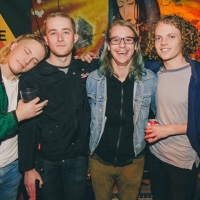 “we’re always finding ways to change, but always stay ultimately as Joan & The Giants, with that kind of overall arc of the sound with different influences.”

The hands-on creative releases his latest feel-good track alongside the news of a record deal and a stack of shows along the east coast.