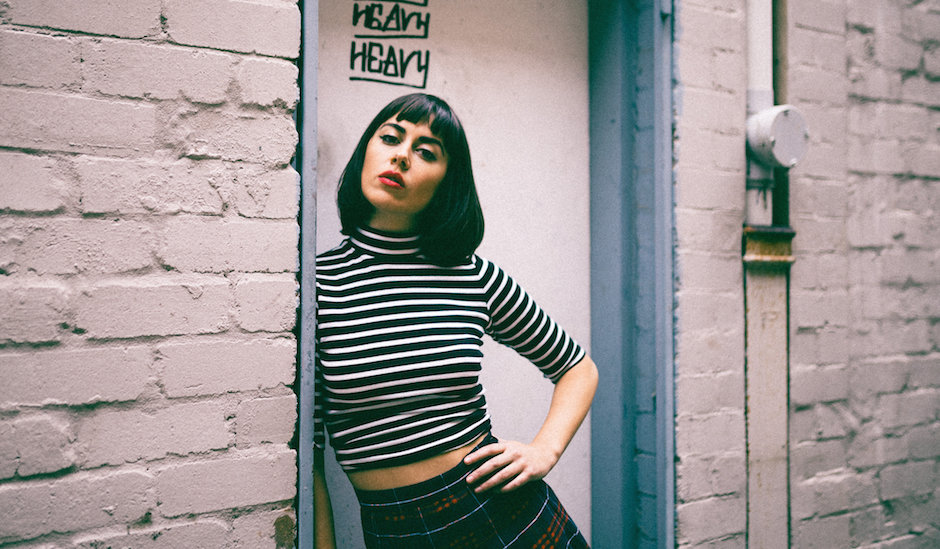 We're incredibly stoked today to introduce you to a brand new artist out of Sydney, Melissah Marie AKA Moody Beach, sharing her debut single/video - Vanilla. It's taken from a forthcoming EP (due out later in the year on Personal Best Records), and it's about as perfect a slice of dreamy, shoegaze pop you're gonna stumble across in 2017. We were immediately taken with the track and video, which was directed Liam at Capital Waste who, said this about the well-crafted ode to '90s nostalgia:

"I am not a purist when it comes to the analog vs digital visual argument, I am deep in both realms and love the possibilities of bringing the strengths of both vibes together to make something new. However I do detest the crappy, looped VHS preset filters put over 4K footage, it just burns my eyeholes and doesn't look right. This clip we shot straight to VHS on an old Panasonic VHS camera I got at an op-shop about a year ago. I guess you could call me a hoarder of dead media and obsolete gear as all the old tech I keep collecting is slowly dying and kinda has a sweet spot for distortion and glitch before it totally dies and smells like burning plastic. I am no electrical engineer genius and still learning circuits etc. so most of these machines will stay dead until I learn how to fix them. From there I edited the clip together and then bumped it back to VHS and through my AV 'rainbow machines' to get that hyper-colour, crunchy goodness. It's a lot of back and forth between digital and tape but it really degrades the image real nice like."

If you're gonna kick off a project, you may as well do it properly, and that's the vibe we get wit Moody Beach. So check out Vanilla below, and get to know Moody Beach a little more before she takes over Australia in a haze of washed out indie-pop, below:

My name’s Melissah. I live in Redfern, Sydney. I like writing words and melodies and putting them together. I picked up bass a few years ago, to play originals with a good friend of mine. That turned into live shows, a short stint in America and lots of home/hotel recording. I moved to Sydney from Adelaide a couple of years after and wanted to record and perform my songs with a band – that’s how Moody Beach came about.

When I’m not playing, I put live music parties together with my mates – most of the time at my place and around Redfern.

Moody is pretty much a regurgitation of my influences and they change all the time. I’m the kind of person who will play the same song on repeat for days. I listen to a lot of Roy Orbison, Television, The Cure, The Pixies – I could listen to them endlessly. Growing up I listened to a lot of nu metal. Deftones were my favourite. I love Chino’s vocals on White Pony. Performer-wise I like Blondie, Kim Deal too. Sue 'Su Tissue' McLane from Suburban Lawns. The live clip for Janitor still blows my mind.

I was a flight attendant when I started writing songs under Moody. I was based in Adelaide but essentially living out of a suitcase. I spent a lot of time in and out of hotels and got to play with a bunch of different guitars from the places I'd stay. If I’ve got an instrument and a notepad, I’m good to go. Each hotel would have an acoustic guitar that you could hire - most of them were Maton guitars. I met Carl Fox who produced all the Moody tracks through one of the first friends I made when I moved to Sydney. I brought him a bunch of demos. We nutted out song structure and referenced a few sounds that suited till we had four finished tracks. It’s been such a time working with him.

Put on gigs! We put on parties in the barbershop I live behind. My bandmate from my previous band, The Rememberz, had come to Sydney from Adelaide and we needed to play somewhere else, one of our gigs had fallen through and I was complaining about it in the shop. Tommy, my good mate and the owner suggested we just have bands in the shop. So, we ended up getting a few bands together and having a party. It was fun, so we do it every three months or so now. The night is called Cult Club and Budweiser and Sailor Jerry have sponsored it. Our next one is in April and Moody is playing.

Can you tell us about your new single, Vanilla?

I watch people closely. It’s a blessing and a curse and probably a bit creepy. My boyfriend at the time was paying a lot of attention to a girl he said was more “vanilla” than me. I think he meant that was a good thing? And that I was not vanilla. That’s where the idea came from but generally, my lyrics get intercepted with other ideas going through my head. I've kept a diary since I was about 13. I love words and I love hooky melodies. I'd say that my favourite songs to play and record are the ones that are most personal. Moody’s an outlet for me and enjoy piecing songs together behind that.

Having said that, I also wrote a song based on an episode of Curb Your Enthusiasm once.

I can’t wait to play live. Our first show will be on 11 March at Freda’s in Chippendale, Sydney (Personal Best Records Showcase), and we have another one in April at Barbershop Hair by Tommy J’s.

The Moody Beach lineup has two guitarists, a drummer and myself on bass and vocals. Carl Fox will be on guitar and vocals, Josh Beagley from Personal Best Records will be on guitar too, Liam Elliot from a band called Slumberhaze is on the kit, and Jason Mannix will be playing an assortment of instruments.

An EP release and more live shows around Australia. Let the good times roll! Can’t wait to meet all the people on the way. I also want to learn piano. Liam recently set up a drum kit at my place – maybe I’ll have a crack at that too. I love Karen Carpenter.

You’ll find Moody tunes in all the usual places: iTunes, Spotify, Google Play and Soundcloud too ;-)) 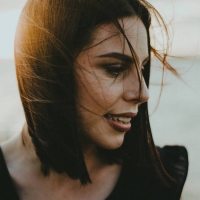 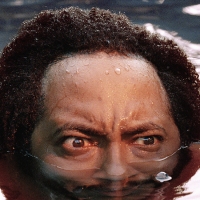 Thundercat enlists the help of music royalty on the big and quirky offering, DrunkA release with plenty to unpack, and many rewards.
Bands