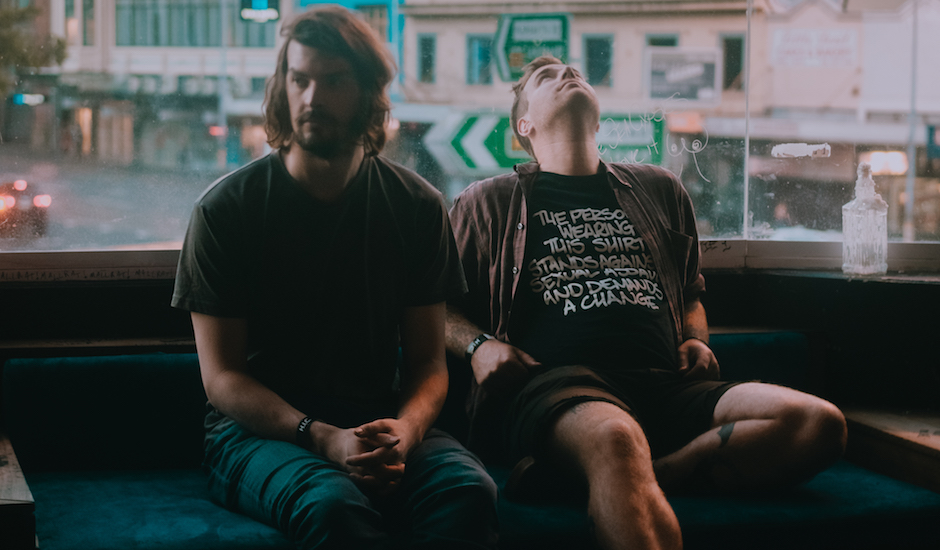 One of our fave punk duos - The Hard Aches today have released their sophomore album, Mess, and it's everything we hoped it would be. Featuring guests like Camp Cope's Georgie Maq, Craig Selak (The Bennies) and Long Island's Jeff Rosenstock, it's a rip-roaring collection of 12 tracks that encapsulate why the band not just one of our faves, but the country's as a whole. On the release, Ben David says "Our brand-new album Mess is a collection of songs inspired by the people around us and the experiences we've all shared together or apart. Written with a focus on mental health in a hopeful and positive light. This album is sonically (and creatively) the best representation of us as a band, the album we’ve been working towards creating through years of touring and making music."

Ripper blokes with a knack for heartfelt storytelling set to some excellent indie-punk sounds, take a listen to Mess and learn a little more about it below, then go see 'em on their Aussie tour, which kicks off tonight in Melbourne.

The opening track (and title track) for the record floats around the hook “we’re not burning out”, this sets the mood for the rest of the album. A friendly reminder to recharge the batteries and to not freak out. A song about moving to a new city and finding a new place to fit, about finding your own way to stay grounded (even if you are always moving around).

2. Get Outta My House

A share house anthem. Ever lived in a share house with people who you thought were rad but turns out they were just actual shit? This song will probably ring true for you. Inspired by true events this song is begging to be sung loud. We always wanted to do a song with an old school fade out and here it is.

Happy weaves in and out of two peoples own experiences of feeling really uncomfortable and unsure. Two people coming together and getting through a MESS together - "Hoping like hell we can find our way out of this mess". This song features second vocal by the amazing Georgia Maq (Camp Cope).

Friendship was so much fun to record, I think we ended up using like 12 tracks of percussion on this song (there’s even chimes). This song serves as a change of pace from the start of the album bringing the mood back down with a more chilled vibe. Talking about not being able to leave the house even though you’d really like to, feeling like your mentally so run down that you are anchored to your bed or home. Featuring the funderful Jeff Rosenstock yelling his guts out for the outro. This song is definitely one of our favourites.

Warm Blooded is a song that touches on distance and love, the combination of the two. Written during my first ever Melbourne (freezing) winter, (I spent way too much time with David Attenborough docos) I really wanted to build a song around “thank fuck that we’re both warm blooded”, being alive is a pretty amazing thing and realising this was a huge turning point for me. Most of the song being driven by vocals and a simple guitar line this song slowly builds to a huge crescendo then crushing back down to a stripped back ending. I’m very excited to start playing this song live.

This song came about when I had some of the strongest people I know reach out (and not reach out) to me. Realising that you’re not the only struggling. This song was me extending my ears to listen, shoulder to cry on or whatever was needed for these amazing humans who have played such a huge role in me becoming me. The song has the heaviest moment on the record, a big 30+ second droning outro something that we until this point hadn’t really experimented with. I can’t wait to be outrageously heavy when we play this live.

Perhaps the pop punx song on the record? It’s the song we wish 15-year-old versions of ourselves could have written. It’s a fast driving song about missing your home (and dogs). Trying to maintain some sort of normality when you spend most of your time away from home. Featuring Craig Selak on backup vocals.

Grinding My Teeth touches on addiction, mental/physical exhaustion and struggling with whats going on in your head. Driving mostly by acoustic guitar and drums this song is one we have been playing around with for a long time now (I think we demo’d this when we did the first batch of demos for I Freak Out), we always struggled to find where this song would fit. It just felt right, a song to bring the album to darker/gloomier place.

This song was described by someone as "morbidly optimistic" and I think thats pretty spot on. Musically a bit of a change up for us, (it's almost like a grunge Weezer song or something like that) we finally got to lay down some brass, something we have toyed around with for EVERY release we have done. Big gang style choruses and a shredding trombone solo take this song home in style. Definitely one of the funnest times we had in the studio making this song.

I think this one is pretty self explanatory. A short song about getting rid of the bad things in your life and focusing on your own sanity and wellbeing. The drums own this song completely. This song could be straight off of Pheromones, no choruses just lyrics and drums taking this song all the way.

This is the oldest song on the record, one we have been playing for a LONG time but whenever we came to making a record we were never happy with it, now we are STOKED with it. Again a throwback to out first album Pheromones this song finds its way through the 3-and-a-bit minutes with countless riffs and changes and a big break in the middle featuring the first ever appearance of an EBOW on our music.

"This is our home and this our family 'cause it feel like home and it feels like a family" - This rings true to what being involved in music has given us. So stoked with how this song came together. This song goes on a real journey, it starts off as PT2 of Outline then takes a huge step back, dropping down to the quietest section on the record eventually building back up to the biggest musical moment on the album. Dougie brings it home on his beautiful trombone section, Georgia Maq yelling like you’ve never heard before, balls to the walls drums and guitars to end on as a tail to the very beginning of the album. This track was the perfect way for us to close out the album, a song that has flavours from everything we have ever done til this pointing then ending out a way we had only ever dreamed. Sammy J, G Maq and Dougie were the real stars of this track and we were so lucky to have them involved. 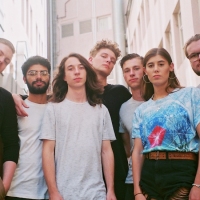 It's time to meet Sydney 7-piece Sagrada Familiar, and their epic debut album, UnfamiliarA supremely awesome blend of hip hop, jazz and electronica that we are loving. 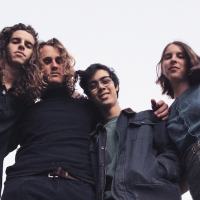 Premiere: Perth's Spacey Jane returns with new double A-side, In The MeantimeThe two new singles follow up from their excellent No Way To Treat An Animal EP last year.
Bands