Much-loved Melbourne quintet The Paper Kites are heading on a massive national tour following the success of their latest LP, twelvefour. The indie-folk band's critically acclaimed release reached #1 on the Australian album charts, and they've just launched the video for their newest single Revelator Eyes starring actress Emily Rudd. It's the second in a trilogy of videos from the band, each taking place in a different city between midnight and early morning. There's a story behind the clips themselves, as lead singer Sam Bentley explains: "They're all laced with a late night 80's feel to them and we wanted them all set around these fictional underground late night clubs and bars, places that we dreamed up… we're calling them 'laties' videos," set to mimic the actual hours that the songs were written in. The video for Revelator Eyes was filmed in a setting constructed entirely from Bentley's ideas; he elaborates that the crew "literally built the whole bar. It was just an empty room above a bar in Minneapolis - everything you see in there was brought in, even the 'juke star' arcade machine was custom built for the video off a crappy drawing I did. It was quite a thing to see it become a real place for a night." The aesthetic charm fits the mood of the track perfectly, and it's a suitable precursor to a string of performances the band are set to embark on next month. You can watch the video, and find the full list of dates for their twelvefour tour, below. 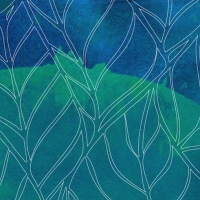 Listen: Slowcoach - In LimboA smooth return by one of Melbourne's up-and-comers. 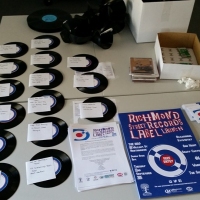