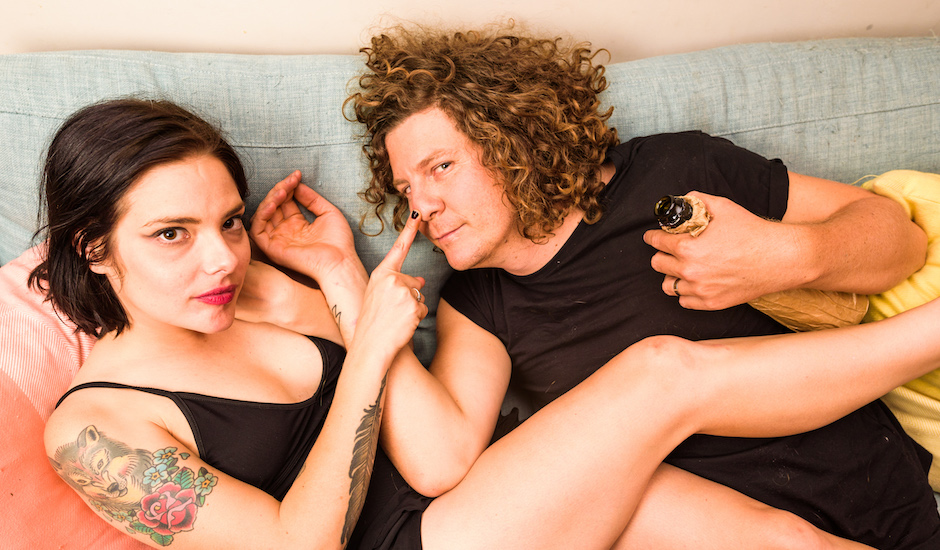 Brissy duo Wolf Wolf Wolf have burst out of the blocks with their searing two-minute debut single Adam West - a swaggering slice of punk-rock'n'roll that is pure "here for a good time, not a long time" if we ever heard it. We're also suckers for anything related to Batman, and given the title pays homage to 1960s TV show legend Adam West, consider us all the way in. "Rob Ting, of the band King Canonns owns a great little tattoo shop out of the side of his house in Melbourne," begins frontman Jai Sparks on the creation of the track's new video. "He makes wacky online videos and one loose night we decided to swing by his place to borrow his roller blades and ended up getting tattoos. Sometime during the session we asked him to make a video for Wolf Wolf Wolf. All we wanted was to be in front of explosions on a homemade green screen. We sent him a bunch of footage of us doing stunts and this is what he came up with."

Given our affinity for Batman we quizzed the duo on their fave on-screen batmans, and we gotta say the list they've provided is pretty spot on, although Michael Keaton's placing down the bottom was almost grounds for cancelling this article altogether. Check the vid and that list below, and keep your eyes on this duo as they getting busy gigging over the next few months.

The 5 BEST ON-SCREEN BATMANS ACCORDING TO WOLF WOLF WOLF

2. Ben Affleck because it’s the best worst casting decision ever.

3. Val Kilmer because it’s Val freaking Kilmer, king of the ‘where is he now?’ column.

4. George Clooney by default so we can get Arnold Schwarzenegger’s acting tour de force as Mr. Freeze in our list.

Premiere: Listen to Cosmic Garbage, a charging new single from Milk ButtonsThe Melbourne/Brisbane duo first single since their mid-2017 debut EP sets them as one to watch among the Australian alt-rock scene. 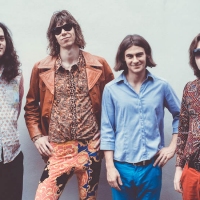 Premiere: Port Royal drop swaggering new single, One Of A KindIt's taken from their new EP which is out in August and comes with a HUGE tour.
Bands