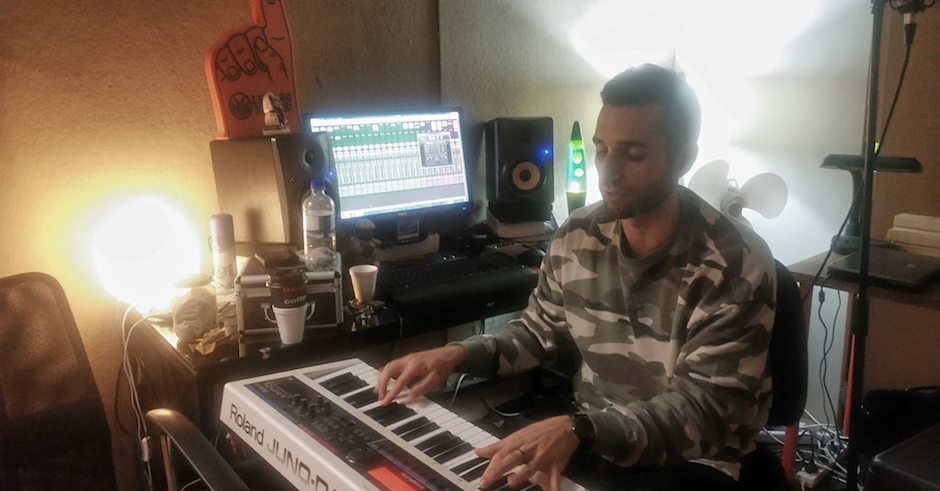 With all of the focus on Australia's 'New Wave' of Australian rappers, it seems easy to forget so many of the unsung heroes of this new movement, working behind the scenes to truly transform the sounds and atmospheres of a new generation of sound. Much like Atlanta's hugely successful hip hop movement relies upon the production talents of names such as Metro Boomin', Mike Will Made-It, Childish Major and London On Da Track (among others), the latest wave of talent in Australian hip hop calls upon such production talents as Cam Bluff, Mitch Graunke, Dopamine, and Australia's own answer to the aforementioned Metro Boomin' — James Angus.

Having worked with buzzing artists such as Gill Bates, Midas.Gold, Carmouflage Rose and Erik Sanders, amid rumours of further high profile collaborations in times to come, Brisbane based producer James Angus is rapidly emerging as one of the key names driving a movement of profound hip hop talent from Australia's 'Sunshine State'.

In honour of the producer's continually consistent output, and underrated talents, Turn Up Friday tapped the young star to speak on the backgrounds and stories of some of his collaborations.

Jye Whiteman — Won't Say I Told You So

"Jye was sharing my studio and sometimes he'd stay overnight and write songs. One morning we had a session and after staying up all night he'd written a song to work on the next day. It was a rare time where I was completely blown away by a performance and knew it would be a special record (not even I could mess it up!). At the time I was playing with a lot of synthesis and blending it with acoustic instruments. Jye had a big hand in the production for this too and we both just came up with a bunch of parts and kept what fit."

"Midas had the idea for this song back at the end of last year before he went away to the US. While he was overseas Blair Burcher and I were working on the acapella and when we thought we were close we sent it off over email. One thing I love about working with Midas, is that you never know what to expect! He got back to us and said that he liked what we did but wanted it to be more sassy and even referenced the Beyonce song Bootylicious! After a couple more cracks at the beat we got there, and I remember clearly the session where we came up with the bridge/outro (my favourite part), we were firing on all cylinders. Stay tuned for the EP version which has an extended outro."

The High Grade — Found My Feet

"The first project I ever produced was for a Reggae/Hip Hop band I also played in called The High Grade. This song is from the 2nd EP and it's a personal favourite because it's such a pure performance. I remember being in the studio and after listening back to about 30 takes Andrew, Elijah and I all agreed to go back to take 1! We recorded that live in my old warehouse studio with one room microphone. That taught me to trust my taste and instinct rather than something 'technically great'."

"Gill and I were doing sessions for his live set to prepare for the tour with Allday. When I work with Gill we are always great at getting distracted! This song was a by product of us not wanting to work on the set and just jamming. He wrote and recorded the whole song within 2 hours and I finished the bulk of the production that day. The emotion he brings to that vocal performance carries the entire song. It was such a great experience to hear him play it at the Triffid and seeing a crowd react to something we made in my house. The song didn't come out till almost one year after with the EP, however to this day I still really enjoy hearing it."

"I first met Larry at a friend's gig a few years back and as part of the set he went up and did a freestyle. I was really impressed by his stage presence and confidence for such a young man. At the time I was very green and looking to get more studio time and had never worked with a solo hip hop artist. He proved to be that and much more. We used to call ourselves Kanye (him) and Mike Dean (me) for motivation! Dreams came about from a beat he brought me and we recorded to it and I remember him saying about the vocal production 'I WANT THIS TO BE CRAZY'. He's easily the most energetic artist I've worked with and great at bringing that energy to a session to get the best out of whoever is there. That motivated me to have free reign over the chorus vocal chops. I remember there was a time I thought I'd gone too far and he disagreed and thought it could go even further. He's always pushing boundaries and giving 100% and that shows in his live performances too."

"I'd been working with the lead singer, Paul, for quite some time before he formed the band and we usually catch a great vibe really quickly in the studio. This song came about from him jamming some reggae guitar chords which we quickly turned Backstreet Boys with all those 90s synths (lol). I think he captured the emotion of the song without being cheesy, which I find very hard to do. My favourite part was definitely us making the 'drop' section in that song after the chorus. Working with those guys is always so much fun and I can't wait for their album tour later this year." 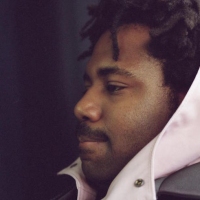 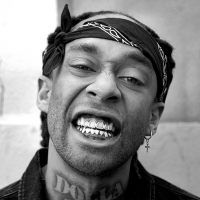