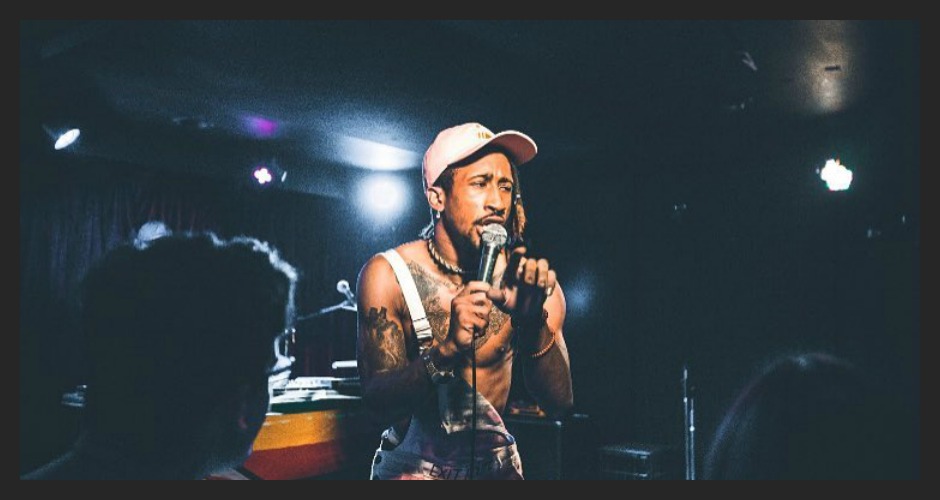 Observant eyes watching the latest news in Australian music may have taken note of a particular name set to accompany the rising star of Tkay Maidza on her upcoming National tour, as Brisbane hip hop talent Midas.Gold is poised to embark on a slew of dates alongside the increasingly popular Maidza.

However, those with their fingers to the pulse of Australia's hip hop subculture will have been more than familiar with the Queensland artist's name — steadily garnering solid buzz of his own.

With upcoming solo tour dates across the country on his Work It Out tour, alongside those as support act for Maidza, there is no better time than now to reconnect with the talent and personality of the young BNE superstar in the making, as Midas.Gold himself dives headfirst into a back and forth with Turn Up Friday's own James Schofield for the latest curated edition of the weekly list.

So, tell me first, who is Midas.Gold?

A projection of my self, an alter ego [and] parts of myself. Or rather things I want to be in real life, like confident, unafraid and strong.

Rad. Alright, man, Carmouflage Rose with Rockstar kicks things off. What are your thoughts on this track?

Too much. Anytime i hear this I think...too much! Hahaha i always smash a hella air guitar when it drops."

You know, I've gotta be honest and this is one of my favourite tracks coming out of the BNE scene right now. It reminds me of like... Old school WWE entrance songs, but just super hyped.

YES! I'd go to war to this shit

It's like new punk rock, which is something I know guys like Travis Scott and 21 Savage roll with, and from what I understand, you even rock with a punk vibe at your shows a bit. That's what Rockstar reminds me of, like war ready punk rock trap.

Straight up, yeah, for sure. I just wanna say [that] C Rose is a superstar.

Agreed! Alright, so we've got Lil Wayne with Weezy Wednesdays up next. I'm not a big fan of Lil Wayne but I can sense how much fun he's having on this track and I vibe with it. What're your thoughts?

Exactly that. It's dope to watch because that's the energy I feel when me and my close homies are making music: no inhibitions and also you can see why Weezy is king. Not ashamed to say it, he's a legend!

I don't know if you're basketball fan or not, but I feel like Lil Wayne is the rap game's Kobe Bryant. Love him or hate him, you respect the hustle and you respect the legacy. You know what I mean?

Boom! Snatched from my lips.

That's why his possible retirement has everybody so wild, you know? Same with Kobe. That's history leaving the game.

Dawn of a new era! I kind of feel like that's been happening for a little while now.

Passing of the torch, for sure. You could make the basketball parallels for days. Drake is to Lil Wayne what LeBron was to Kobe, etc. Yo but we have to talk this Lil Uzi Vert track. I love Uzi Vert, man, I couldn't sing his praises high enough and I think it's pretty telling that he has appeared on every guest selector's turn up list so far. What's your feelings on this track?

Two words: Turn Up. I just like... sing along to this shit.

That bass, though, that's such life rattling stuff right there. That's the thing about Uzi Vert, though, he's that sing along vibe but also that punk rock attitude that trap pulls off so well. It's no wonder he's picking up so much steam in the game. What're your thoughts on Lil Uzi Vert as an artist?

I love his melodies i like what artists like him and Lil Yachty are doing; Fuck your box, hip hop is music.

And music is art, it has no boundaries and that's the point.

Yeah, man, for sure, for sure.

You've got another artist you could throw in that same mix with Famous Dex.

I feel like I see a lot of you in [Famous] Dex, just in terms of vibes. How do you feel about that?

A compliment, if anything. I really like what dude does.

And this track? I know you're riding with it a lot because I've seen you bring it up before.

This is my favourite song of his. I think the way he makes music is hella interesting with all the layers and ad-libs, and how the song is vibe start to finish. I think it's incredible what him and his team does, I can't wrap my head around it. I love how the song would be considered 'simple' but i think that's the genius.

100%, it's that energy all the way through. To me that's the key word, that's what you share with Dex in your own art and your own music - energy.

Huge. That is a massive compliment, thank you.

All good. Alright, now we've got Chance linking up with Future for Smoke Break. Thoughts?

Psyched! Showing hip hop heads that it's music and not their mould. I like the song sonically but also what it symbolizes, ya feel?

Yeah, I totally agree, man. This, to me, was one of the best tracks on this album.

Straight up, I appreciate both artists a heap, so to have them come together, and make something dope, makes a ni**a happy!

It just feels enlightening to listen to, like the best of Chance's music does. It feels uplifting, but not so much in the godly way that he tries to put forward on some of this album's tracks but more just... Happiness. Yo, before we wind things up, I've got a couple tracks of my own to put to you. First up, this dime that came out something like an hour ago, Swilo linking up with Erik Sanders for They Know, another Brisbane connection. I'm tempted to ask what they're putting in the water up in the BNE, but I have a feeling you'd tell me it's something to do with the homie James Angus.

Nah... It's the molly. Haha yeah James [Angus] is apart of the equation, for sure. And, at the risk of sounding boastful, you have to be at a certain level to actually do his music justice. So it's some sugar, spice and everything nice, ya feel?

Of course, I totally agree. You can't just put a pot on a flame and expect to come up with a three course meal. Last but not least, though, there are two standouts in the BNE scene, for me.

What're your memories of working on this track?

Me and [Carmouflage] Rose vibe the fuck out and make music anywhere and everywhere, but with this track he gave me the gist and I went and did the verse, and laid it down. It's an oldie; we did this one like around a year ago, a little more, I think. But still a favourite of ours too, we're finna have some new joints for sure though.

You can catch Midas.Gold on his National Tour, commencing at the end of this month and continuing on through October, with an EP release nigh on the horizon:

*With special thanks to Cameron Mackinnon, Valve Sounds, and Emma Jones of Bedlam Records* 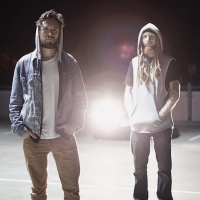 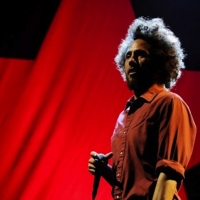