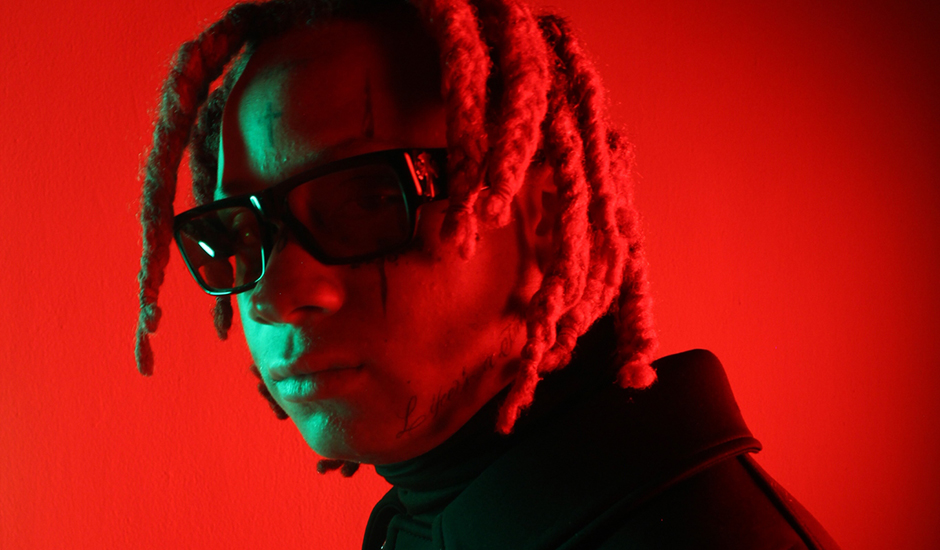 When flicking through the discography of Ohio-born rapper Trippie Redd, you can almost see his trajectory play out solely through the collaborations he uses.

His 2018-released debut album LIFE'S A TRIP featured hallmark guest collaborations with Young Thug and Travis Scott; the co-signs elevating Trippie Redd to one-to-watch status following the hard yards shown through his A Love Letter To You mixtape series in the years prior. His second album - 2019's ! - went a step beyond, capturing heavyweights of the past - such as The Game, on Immortal - with glimpses of the future, acts now amongst 2021's most dominative names in hip-hop (including Lil Baby and Lil Durk, who both feature on Mac 10).

Then, came last year's career-defining Pegasus, a long-winding epic that continues to establish Trippie Redd as one of the breakthrough rappers of the Soundcloud-adjacent era, no less one of the only ones with an imprint of a career still remaining. Wedged within the album's sprawling 26-track duration was acts like PARTYNEXTDOOR, Young Thug, Future, Lil Wayne, Migos' Quavo and even the legendary Busta Rhymes; each pioneering artist giving Trippie Redd a leg-up on what felt like his heralding moment.

Emerging victorious on the other side of Pegasus, Trippie Redd came into 2021 as one of hip-hop's most in-demand and established rappers. He's someone whose presence in the kind-of lo-fi-esque alt-rap world is near-defining, someone who seems to constantly lead the curve of this era's next generation. Then, there's his versatility as someone who can match any production regardless of genre, his hazy flow being a go-to regardless of whether it's for potent tracks by esteemed rapper Kid Cudi, punk-rap heavyweight Machine Gun Kelly, or British rapper KSI, who exists in a world on the other side of the Atlantic to the US' traditional rap textures.

Last Friday brought the arrival of Trippie Redd's next record Trip At Knight, and like his past records, it's an album that is defined by its collaborators, and how Trippie Redd is able to make the best of those he's working alongside - even if they're amongst the genre's most-esteemed and well-recognised. Take the long-teased Playboy Carti collaboration Miss The Rage, which sports an invigorated Carti and Redd trade lines amongst one of the year's heaviest productions - as well as one of its longest-teased, thanks to a clip going viral on TikTok in the months leading up to its eventual release.

The controversial Drake feature Betrayal brings a similar moment, painting the chart-topping heavyweight in a new light as he unexpectedly eyes a diss-style track - one that you've no doubt seen a lot about in the last few weeks - that's well outside of his usual commercial foray. Matt Hardy 999 brings another moment with the late Juice WRLD, whose remarkable presence remains felt through the fibres of albums like Trip At Knight (no less when his vocal is used as a credited feature, no less), while Rich MF captures Polo G and Lil Durk at a renowned peak, solidifying why the pair have become such common names amongst hip-hop tracklistings in the last two years.

There's a couple of unexpected moments amongst Trip At Knight too. MP5 enlists the still-growing alt-rapper SoFaygo for what feels like a breakthrough, while Lil Uzi Vert's presence on Holy Smokes is about as energetic as you'd expect, and a breath of fresh air following the chaos of the rapper's own Eternal Atake record last year, which ended up blowing out into a 32-song release.

All this focus on Trippie Redd's collaborative growth isn't to say that the rapper doesn't have a leg to stand on without his guests, however, and Trip At Knight does a brilliant job at welcoming that side too. Take the rush of the album-highlight Super Cell, for example, or the string of tracks in the album's later moments that capture Trippie's versatility amongst a wash of blended productions: Space Time, Baki and iPhone being one such trio, preluded by Vibes and New Money slightly beforehand.

It's an interesting blend of sounds that throughout the course of Trip At Knight, becomes an aesthetic that feels defining of a newfound Trippie Redd, and while it all begins to mesh together by the album's end, it's clear that there's a sense of evolution and growth within the depths of Trip At Knight that makes it such a natural progression. That consistent and continued evolution is what Trippie Redd does best too, as established by his presence as a leading - and still successful - force amongst an otherwise-reduced era for hip-hop.

Trip At Knight feels like an unveiling of a new Trippie Redd, and as the rapper continues to further himself through both collaboration and otherwise, it's clear that he's someone here to stay. 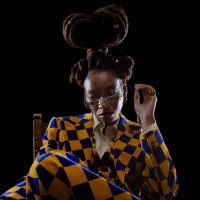 Little Simz' spectacular Sometimes I Might Be Introvert may be 2021's album of the yearHer 2019 record GREY Area was a triumphant, award-winning breakthrough, but Little Simz' new album proves her peak is yet to come. 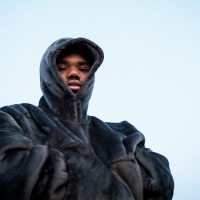 The star-studded come-up of Baby Keem, 2021's breakthrough rapperWith songs alongside Kanye West, Kendrick Lamar and Travis Scott under his belt already, it's clear that Baby Keem is next to carry the torch.
Rap / R&B