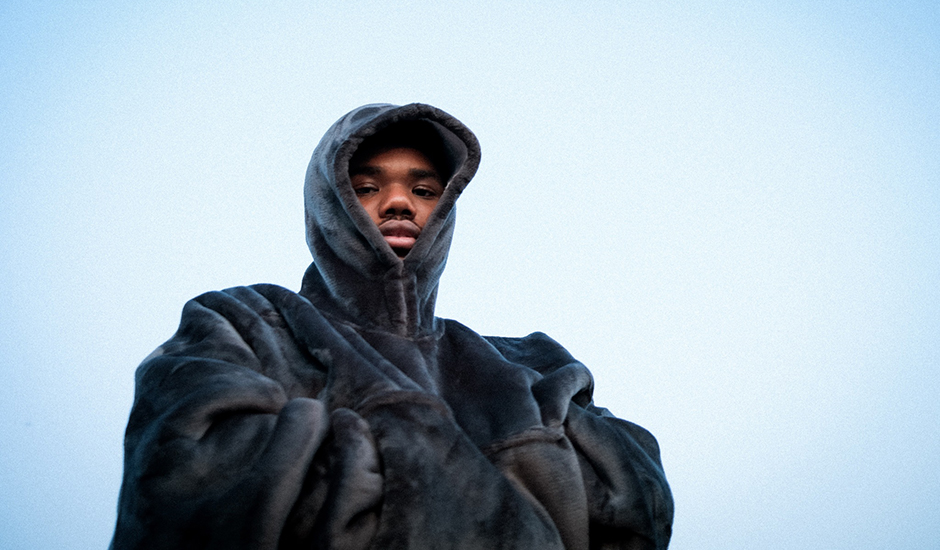 If co-signs are everything in rap music, then Baby Keem has been quick to arm himself with a trifecta of the highest acclaim.

The Californian rapper has been a reckoning force worth watching for a while now, ever since his Die For My Bitch mixtape highlight - Orange Soda - became a breakthrough first hit back in 2019. In the last few months alone, however, he's released collaborations alongside Kanye West, Kendrick Lamar and Travis Scott, and if co-signs are indeed the ticket to hip-hop success as we just mentioned, then those three names - each of them being pioneers of their respective sounds - are one hell of a collection of rappers to start with.

It began with a sly nod by Kendrick Lamar last year, who signed Baby Keem as the first signing to pgLang - a record label/production house/music company created by Lamar and ex-Top Dawg Entertainment/close collaborator Dave Free last year. Then, came durag activity, a low-slung banger that paired Baby Keem with Travis Scott back in April this year, followed by yet another collaboration alongside the Houston heavyweight in the form of Praise God last month, which brought the pair together with Kanye West for a highlight of his long-winding DONDA record.

That's all not including the work Keem has done behind the scenes as well; the rapper working across Kendrick Lamar's Black Panther record in a production/songwriting role, with further production credits on a horde of recent TDE highlights: Jay Rock's Redemption and ScHoolboy Q's Crash Talk included. He's a multi-dimensional, multi-talented force that within the space of just a few years, has become a favourite of hip-hop's most acclaimed (and often, most particular) musicians - it's clear that in 2021, Baby Keem is an artist amongst rap music's next frontier.

With all that said, the biggest sign of Baby Keem's impending dominance doesn't so much come through his work with other rappers. Instead, it's the take-home message of The Melodic Blue, a long-teased debut album that with its eventual release last week, has cemented Baby Keem's position as a flag-bearer of hip-hop's next generation, and solidified his presence amongst the upper echelon of today too.

From top to bottom, The Melodic Blue is a masterclass in Baby Keem's multi-faceted versatility and the talent he uses to veer between sounds and textures. As the album's key producer (he's credited for the production of the entire album bar one song, with assists from Perth's own FNZ, Sounwave and more), he switches between sub-genres with ease, comfortably moving between sounds that he brings to life with a precision and focus that makes many of The Melodic Blue's productions stand tall on their own - a rare feat for a hip-hop record, no less one that's almost entirely self-produced.

Then, there's the way that Keem navigates each of the productions he creates; his deeply ingrained presence within the album's detailed creation meaning that he feels at home even amongst its most warped and dynamic moments, whether it's keeping up with tempo shake-ups or refusing to be drowned out by blaring trumpets and thick-coated percussion that sweeps amongst his vocals. It's full of stylistic risks, going above and beyond to showcase his forward-thinking prowess and the evolution that lays within that, especially when placed alongside Die For My Bitch two years back.

Take family ties for example; the Kendrick Lamar-assisted album highlight being a hallmark moment on The Melodic Blue not just because of Kendrick's contribution to the song, but also in the way that Baby Keem manages to tie it all together and stand tall while doing so, refusing to back down or be overshadowed even when faced with an eclectic, whiplash-causing production and a fierce guest verse from one of rap's most iconic - and sorely-missed - modern-day heavyweights.

It's in family ties where Baby Keem's prowess really shines, both as a producer and as a lyricist. Production-wise, it's a single somewhat lazily dubbed the modern-day Sicko Mode, as the song's shifting nature feels reminiscent of the infamous beat changes on the Travis Scott hit. Lyrically, family ties also brings a rare feat in how Keem can go bar-for-bar with his cousin - yes, that's true - and mentor, keeping up with King Fu Kenny despite the rapper's verse being heralded amongst one of his best as a guest feature.

In saying that, there are plenty of high scores amongst The Melodic Blue - and plenty of them aren't instant drawcards thanks to its guest features. cocoa sees Keem navigate an off-kilter production with such ease that he makes the assisting Don Toliver feel like an afterthought, while conversely, scapegoats sees Keem explore a serpentwithfeet sample with such a focus that the song doesn't feel thought of as an interlude, despite it being an obvious one thanks to its just-over-one-minute duration. booman and pink panties are both entirely self-written and self-produced - and yet they don't feel any less brilliant than the rest of the record - while the also-Kendrick-featuring range brothers sums it all up with one bold lyric: "The shoes I fill are huge!"

Throughout The Melodic Blue, those shoes fill out as the rapper begins to find his feet. trademark usa uses an uncredited Rosalía better than any other collaborator has used the pioneer, near-likewise with 16, which boats a similarly uncredited James Blake addition. vent sees Baby Keem float amongst the growls of one of the album's edgier productions - a production also worked on by Keem - while scars sees the album's quick-firing pace reduced to just a Love Lockdown-sampling crawl, showing his versatility amongst a broad stroke of tempos and textures.

In the context of the album, it feels like there is no setting that Baby Keem can't excel in. It's something that showed amongst the experimentalism of his earlier mixtapes too, but on The Melodic Blue, you really get the sense that there's no production or no guest collaborator that feels unconquerable by Keem, as his evolution and prowess reveals itself at an incredible intensity.

It's because of this that The Melodic Blue is a stand-out success of 2021 hip-hop, even despite its arrival amongst some of the year's most hyped and discussed rap records (there's a reason why so many posts have referred to The Melodic Blue as the unexpected winner of a short-running sales feud between Kanye West and Drake, who both put out headline-grabbing albums in the two weeks prior to The Melodic Blue's arrival). If Baby Keem can stand just as tall - if not taller - than hip-hop's highest-selling weapons, then what can't he do?

Across The Melodic Blue, it feels like there's nothing outside of Keem's reach, and that's why it lifts him above and beyond expectations. "I’m grateful to Man-Man, he opened up doors," raps Baby Keem on family ties, referencing the leg-up he received by Kendrick Lamar early on. Thanks to The Melodic Blue, those doors are well and truly open. Now, the question only is how far beyond those doors will Baby Keem's future take him.

Listen to the album below: 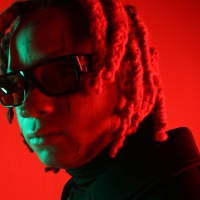 How Trippie Redd uses collaboration to reach the heights of his new album, Trip At KnightWhile his career was founded on high-profile collaborations, the Ohio rapper's latest record enlists some of his biggest guests yet. 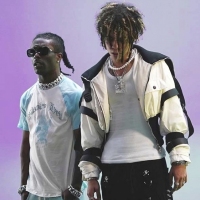 Listen to V12, a high-octane new collab between iann dior and Lil Uzi VertThe long-teased and high-energy partnership comes off the back of a particularly collab-heavy year for iann dior.
Rap / R&B