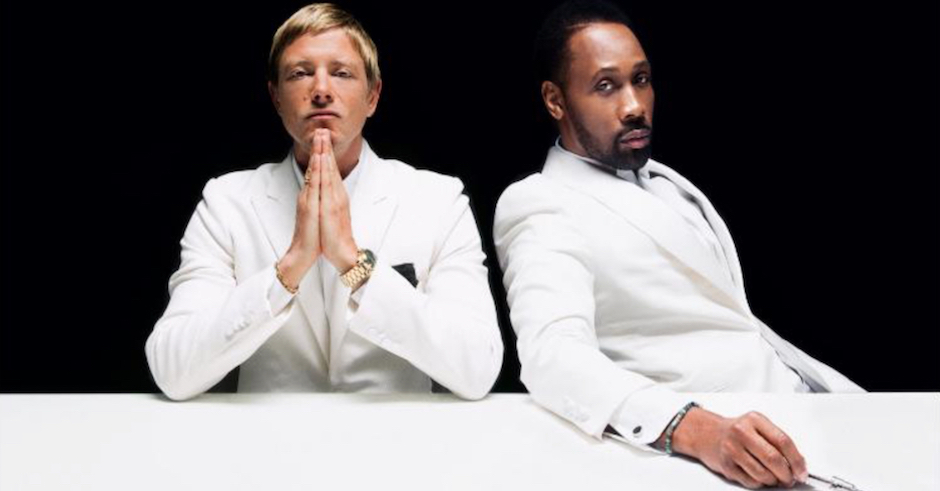 Way back in 2011, Wu-Tang hip hop legend RZA and Interpol frontman Paul Banks came together to record a series of demos, a collaboration which would later turn into the recording of an album from 2013. Three years later, the duo — performing under the joint name of Banks and Steelz — have finally released the fruits of their labor, with the collaboration's debut album Anything But Words having finally seen release on August 26.

An alluring, almost hypnotising body of work from two hugely talented music industry veterans, Anything But Words brings all of the promise of the collaboration and more, with such features on the album as Ghostface Killah, Method Man and Florence Welch.

In celebration of the album's release, we grabbed Paul Banks on the phone to talk the new album, RZA wisdom and more.

You've spoken before about being a fan of RZA and his work before you both became friends, what was it that attracted you to his art and to his sound?

Very good question, as a producer I always felt that his atmospheres and… I mean, of all the producers within hip hop, which is a genre I'm passionate about, for me there's RZA, J Dilla, Dan the Automator, [DJ] Premier and… Prince Paul’s up there. There's only a few that are on this elite level for me in terms of what they do, where it’s really like… Oh, El-P qualifies too, actually, as one of these sort of visionary guys. And with RZA in particular he really had grit, and darkness, and dissonance, and something kind of muffled and ominous that sorts of me reminds me of… I really like Lou Barlow, and his work on Sentridoh and with Sebadoh, and there's always something with him as well where there's this kind of eeriness and an otherworldliness. And so RZA has all of those qualities that spoke to me in his production.

What was the recording process like with you and RZA working together in the studio, and how did it differ to your work with Interpol?

I mean it's very different, but in some ways… You know, I have different facets as a musician, and when I'm working with Interpol, you know, Daniel will have something on guitar and I would find a vocal part for it, and accompaniments to it. And in addition to that, you know, I write and produce my own records so I sort of… Can take either position. So and that was the way that this worked, you know, for one song like Speedway Senora which is one of my compositions and RZA… You know, I spoke to him and he just rapped, and then in a lot of other songs like Love + War it was a case of beats that RZA played me and went okay, I've got an idea for that beat, and then I sang the hook and that influenced what RZA did with his verse. And so sometimes I was just complimenting what he was doing, as in being a lead vocal writer, and then other times I would bring more of a compositional creativity. It was just kind of a mixture of both of those things, but I'm very comfortable if RZA plays me a bunch of beats I can hear, okay, these couple and have a bunch of ideas. And that's very similar in that I have a bunch of ideas and say okay, let's do this. So it's similar but very different because these are completely unique artists.

RZA obviously has a lot of Asian influences in his art and in his work, both solo and with Wu-Tang, how was that translated to your work with him for Banks and Steelz?

I don't think there's really much of a thing there, you know, but I mean there was Yakuza in the video [for Love + War], but that was really more my idea and I pushed for that rather than RZA. I think he would've been happy if it’d been Italian-American gangsters, you know, but I felt… I don't know, aside from that presence in that Love + War video, I don't really see much Asian anything in our collaboration which is why I felt like fuck it, we can do something Asian because we’re not doing the Asian thing.

I heard that you found Straight Outta Compton particularly transformative. Are you able to explain that a little bit for me?

Well it was just that it came out at a time of my life where I hadn't yet… You know, I became passionate with rock music and playing guitars, but I think maybe when I was about 10, Straight Outta Compton came out and as an inquisitive youngster living at the time in Europe that just represented a foreign world. And it was also the time when, you know, parental advisory was a big story so I think like any curious kid I wanted to hear what it is that I wasn't supposed to be hearing. And then I think because of the vivid pictures painted on that record of a world I had never experienced, so I was very intrigued and drawn to it.

What were you able to learn both artistically, and otherwise, from RZA, and what does RZA mean by "a karate scene is better with a train in it"?

That was one of his things… I mean I learned a lot from RZA as a person; he's got a very developed world view and I think his reputation is of a man who’s quite wise, and I would say that from my experience of being around him, that's a very fair reputation. He's obviously gone soul searching and he's studied the concepts that he's preaching about in his lyrics, and he's a polite guy who gets a lot of shit. I learned a lot of things just in terms of his general demeanour, I mean he's a very positive human being and that's a good influence for me because I kind of veer towards the negative. So that was a positive. As far as things like the karate scene is better with a train, that was just one instance where we were working on a song and he felt that his verse needed something to kind of make the section more exciting, and so he just added this off-beat sound effect behind it, and then everything became a little more captivating. And then he just kind of off the cuff said, you know, you've got a kung fu fight in a movie, a kung fu fight gets better when a fucking train rushes behind the fight so there's that, kind of, adding by distracting.

One of the more curious collaborations on the album is on Wild Season with Florence Welch, how did that collaboration come about and what was it like working with her for that track?

That came about because we were looking to have a female voice on that song and a couple of other songs, and she had come up as someone who would be amazing to work with. And then I bumped into her when Interpol performed at a festival, and she was sweet, super cool, and I guess she had been watching Interpol so I felt comfortable then kind of circling back with her a few months later and saying hey, I'm doing this project with RZA, we’d love to have you a part of it. We sent her the song Wild Season and she responded positively, and we kind of mixed up the concept and she wrote her lyrics which were great, and she sang her part which was amazing. Once was she in the song, I couldn't bare to have her leave so I just told her to take us all the way home. That sort of led to a really nice duet thing at the end of this song, basically she came in and does a verse, but then she stays in until the end because we couldn't lose her once she was in. And she was just phenomenal, I mean she's a fucking huge talent and a real pleasure to work with.

Of course, this isn't the first time that you've collaborated with hip hop acts, since you worked with acts such as Talib Kweli and El-P for your solo mixtape in 2013, how different was it working with them to working with guys like obviously RZA and Ghostface Killah for this project?

Well working with RZA was different than all the rest, because we were partners, you know we are a band, and we didn't make this record over email, we made it in the studio together every step of the way. So RZA and I is one thing because we’re band mates, and then with the other features it was similar. When I worked with Talib Kweli, I sent him a beat and he sent me a verse, and the same with Mike G and El-P, and High Priest. Those were the MCs that I was a fan of and they jumped on the beats. And I think with Ghostface, he’s got the relationship with RZA, so RZA said come in the studio, and he sat in and listened to what we were working on and picked the song that he felt a reaction to. In the end we got him on two songs but one of them is not on the record, but it’ll come out soon. The great part is when you work with someone you admire and you get to watch them shine, it's just fucking awesome.

Are there any plans in place for Banks and Steelz to bring the album out here to Australia anytime soon?

Both RZA and I would love nothing more than to come to Australia. I think as soon as somebody gets us the stage and gives us a call, we’ll be there and we will certainly enjoy that. 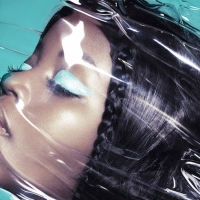 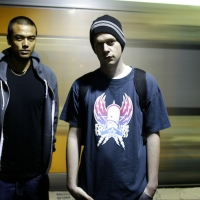 Five Minutes With Solo (Horrorshow)Ahead of the duo's National tour in support of latest single, If You Know What I Mean.
Rap / R&B