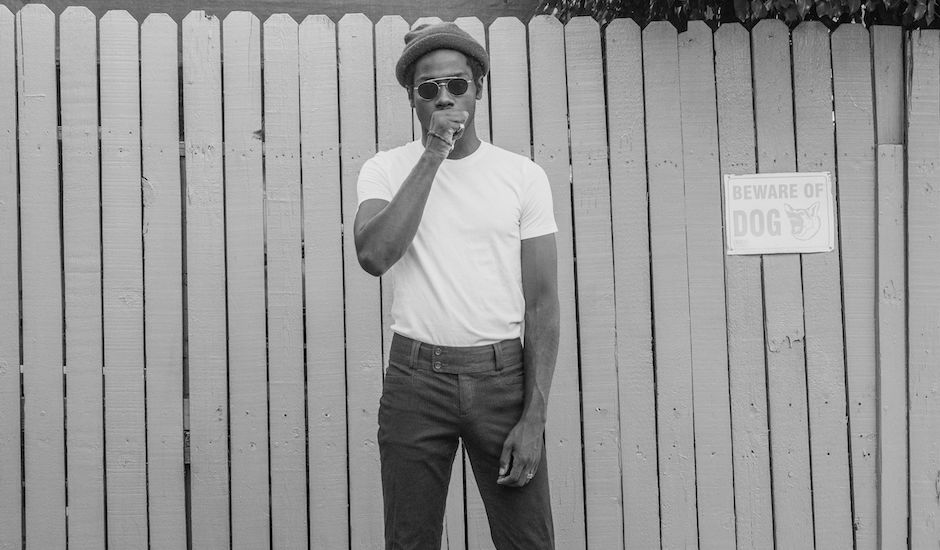 We've become big fans of GODMODE glow-up Channel Tres, who ever since his 2018 break-out Controller, has come through as one of electronic's most unique and exciting names. Most definitely an artist in his own lane, Channel Tres is an artist striving by doing something nobody else is doing at the moment, combining this percussive, Detroit-house groove with West Coast rap-inspired vocals that bridge that gap between electronic and hip-hop, blurring the lines while finding a whole heap of acclaim in the meantime. His latest single Brilliant N*gga is another track that showcases this light-hearted, dancefloor-ready sound, recognising his on-going support slots for Robyn (!!) and Vince Staples with a celebratory heater that's full of that signature Channel Tres charm, while offering a touch of versatility as he dives into a bit more of a down-tempo route. It's got his signature rap-house infusion, but on Brilliant N*gga, it's a bit more subtle, finding that deep bass groove and pairing it with soft melodies, catchy vocals and that addictive Channel Tres style we can't get enough of.

Keeping things international for a moment comes Kindness, a name you might not know, but someone whose music you definitely do. The English musician is one of music's most celebrated singer-songwriters, working extensively on Solange's A Seat At The Table and Robyn's comeback knock-out Honey, finding a good friend in the second collaborator in particular - a friendship further moving into recorded format with Cry Everything. Cry Everything sees Kindness and Robyn form the duet duo of your dreams; their voices intertwining above a subtle house groove that when washed over with these expansive synth melodies, creates a really open-ended and dreamy release. Marking the musician's first major release in five years, Cry Everything unites the best of both worlds, with Robyn's emotive vocal vulnerability meeting Kindness' subtle, but effective musical palette and soft vocal, seemingly finding comfort in one another as their voices dance above one of this year's best productions so far.

Sparrows - Do U Wanna Dance?

Sydney-based musician Sparrows is an artist we've featured a few times over the last two years or so, with the rising singer/songwriter/multi-instrumentalist giving us a lot to love in her catchy electro-pop numbers, something that her most recent single - last year's Over & Out - really found a lot of glory in, signalling her most significant release thus far. Now, she's back returning with one-two hit in Do U Wanna Dance? / Can I Be The One?. The first track, Do U Wanna Dance?, is the slickest and most polished, with a clunky synth melody meeting clever vocal chops and crisp percussion underneath Sparrows' vocal, which glistens with this warm, softly-sung feeling. "[Do U Wanna Dance? is about] when you find yourself at a shit party and the only thing stopping you from leaving is the hope you'll hook up with that one person you've had your eye on for ages," she says on the single, hinting that the soft romanticism that floats through her delicate vocals. Catch her at the North Wollongong Hotel on March 31st.

Tom Montesi is a man of many talents. When he's not supporting names including San Cisco and DMA's with his band, he's teaming up with Hounded for one of Australian electronic's brightest guest vocal slots of 2018, or working on his own project, LOS LEO. LOS LEO is a name that's popped up a few times with tracks dating way back to 2016, but in 2018 the project really blossomed, finding a heap of applause with two singles Beautiful Mess and Keep You Warm, the latter particularly finding a whole lot of love on triple j. False Start sees the musician make his 2019 in fantastic style, pairing this emotive vocal with thickly-layered, lush synth melodies to create this Japanese Wallpaper-esque sound, even including the soft hints of 90s soundtrack nostalgia in the process. "False Start serves as a metaphor for what we keep within ourselves that we look at from time to time whether it has been good or bad experiences that helped us get to the point we are at today," he says on the single, noting that glimmer of optimism that shines through the single's uplifting chorus hook. "The story in False Start is about a relationship that wants to start again, even though it had been through hard times and failure before."

Originally coming across them via their 2018 debut album SOULACOSTA, Melbourne funk-house duo Close Counters are a pairing going from strength to strength with every release. For example, on Way Out - their first single since their 2018 debut - the duo mustered together one of the year's slickest local house numbers, with Au Dre's comforting vocal swaying amongst a dizzying house groove rich which these Young Franco-esque synth licks that win you over time and time again. Their newest single Tip Of My Tongue is another charming collaboration, this time linking up with Laneous and Paul Bender of Hiatus Kaiyote for a more R&B-infused cut, with Laneous' rich vocal meeting a more percussive take on Close Counters' funk-house sound, shadowed with this foot-tap-suggesting bass line from the Hiatus Kaiyote member - adding to the star power the single already brings. They're still somewhat of a smaller act yet to find that big breakout, but with acts like Young Franco and Cosmo's Midnight becoming more and more popular through similar sounds, it's only a matter of time. 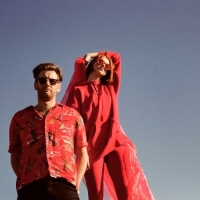 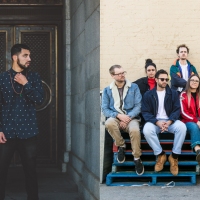