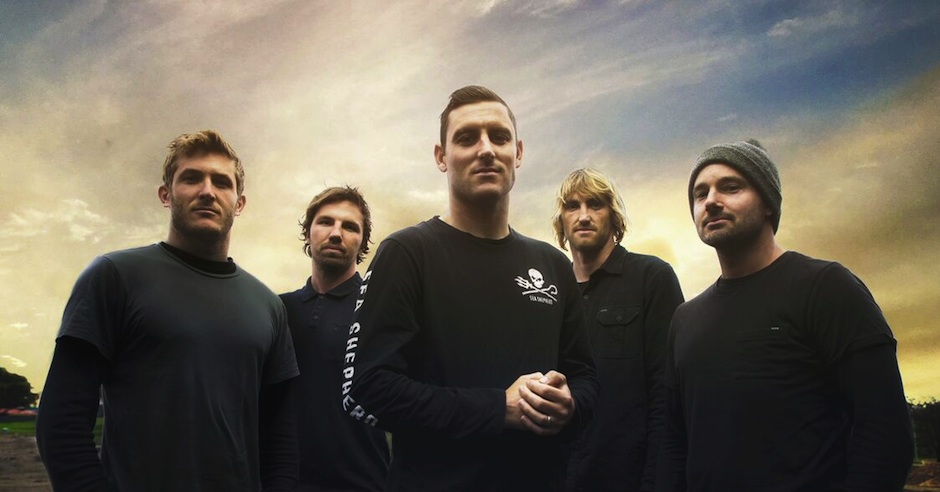 Stick To Your Guns - Universal Language

"When violence is the only language this world comprehends, don't be surprised when it speaks in a way you can understand." From the outset of Universal Language, you know that Stick To Your Guns mean business, as they always have done. Frontman Jesse Barnett explained upon release that the track wasn't meant to drop until a later date, but the recent spate of violent shootings across the US demanded a song and a message like that of Universal Language. Barnett had this to say about the important message on Universal Language: "This song is for the world who only communicates with violence and to those who only open their mouth when things get bloody. There is a better way and I am confident we will get there some day." Stick To Your Guns recently left Sumerian Records for Pure Noise, and announced that they'll be releasing an EP in the near future - fingers crossed the whole release is as hard-hitting as this tune.

A bonus track from the forthcoming Deluxe Digital Edition of Parkway's massive fifth record Ire. Devil's Calling was written after the album's release but keeps in the same vein as much of the record; exploring a new, more experimental sound for the Byron boys. Massive, 80's metal inspired riffs and booming gang-chant choruses; this isn't the same Parkway Drive that we came to love on straight-up metalcore records Killing With A Smile and Horizons, but that isn't to say old-school fans won't get behind the fresh sound. As frontman Winston McCall questioned when Ire was first released: "When you're playing the same style of riff, the same drumming, the same vocals and same breakdowns for ten years, what point is there in people listening to your new record or even recording one if it sounds the exact same as the last one?" Ire Deluxe Digital Edition is due out this Friday July 15 and features two new tracks, along with a remix of A Deathless Song ft. Jenna McDougall.

The Amity Affliction - This Could Be Heartbreak

I'll admit, I haven't really vibed too hard on Amity's most recent couple of records; I suppose I've just found most of the tracks to be a little too polished and similar for my liking. That being said, I definitely have time for the Queensland five-piece's new tune This Could Be Heartbreak. While there's no denying this song has radio and teenybopper appeal, it's the pop sensibility of it that I (surprisingly) really enjoy. This Could Be Heartbreak almost feels like a Top 40 tune that could slot in on commercial stations with its massively hooky chorus, but we also hear some really well constructed, down-tempo moments and there's still enough of an edge to keep both heavy and non-heavy music fans interested. This Could Be Heartbreak is the title-track from The Amity Affliction's new record, due out August 12.

The legends are back with their first new album since 2004's Cool To Be You, and I imagine a lot of old-school punk fans will be uncontrollably frothing at the mouth. Hyercaffium Spazzinate is the iconic Californian quartet's seventh album in a career that kicked off in the late 70's, and first single Without Love certainly doesn't sound like the work of a bunch of 50-year-olds. The new record began taking shape way back in 2010, following the band's first live shows off the back of an extended hiatus, and it'll be Descendent's first record on Epitaph since 1996's Everything Sucks. Fast paced, hooky and brimming with decades of experience, Without Love channels the classic Descendents energy that has seen them shape the sound of so many of our favourite pop-punk bands of the last 20 years. Hyercaffium Spazzinate is due for release on Epitaph on July 29.

Gone Is Gone - Stolen From Me

An experimental rock supergroup made up of Tony Hajjar (At The Drive In), Troy Sanders (Mastodon), Troy Van Leeuwen (Queens Of The Stone Age) and Mike Zarin - you know that anything these guys touch is turning straight to gold. Their debut, self-titled EP is out now and Stolen From Me is the perfect insight into what you can expect from the impressive eight-track release. This track borrows elements from all member's bands, with a dash of At The Drive In's wonderful unpredictability, a pinch of Mastodon's driving riffs and a whole lot of that wonderful QOTSA fuzz. Gone Is Gone's self-titled EP is out now through Cooking Vinyl. 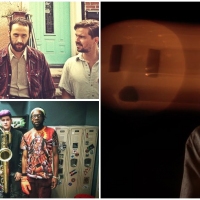 Digging through Bandcamp with our Work Experience KidSome reasonably quick-fire thoughts on a few recently popular albums on Bandcamp. 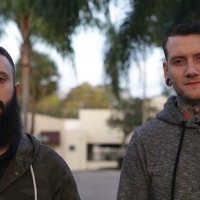