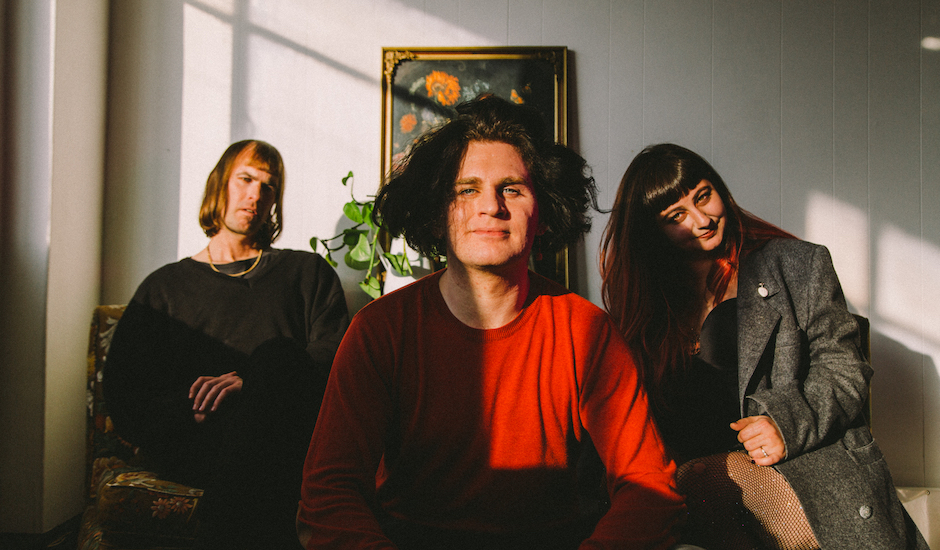 Once a local band to the New South Wales South Coast, now-Melbourne-based trio Obscura Hail are a group quickly gaining steam amongst the subtle indie-rock world, layering delicate instrumentals with often-existentialist themes as they navigate a unique lane to the genre. Their second album for example, last year's Pallbearer, was an entirely-self-produced solidification of what's quite a wide array of sounds that form what they make; seemingly part-Sufjan Stevens, but mixed with a variety of tones and shadings that set them into their own line.

On their new single Swear Jar this becomes a bit more clear, as intimate guitar strummings meet a subtle pace and soft vocals, navigating that more haunting side of indie that'll really knock you off your feet. Lyrically, as the band's Sean Conran explains, the track dives a touch deeper into a commonly-used lyrical story - dumb arguments and fights over things that prove unnecessary. "Swear Jar is about the dumb stuff we fight about in the heat of the moment, and having the patience to find out what the other person really means without judging them on the language they used initially, on the premise that hindsight is the mother of foresight," he says.

There's plenty more on the cards too. Now signed to Dot Dash Recordings, October 25th will see the group share their new EP Zero, while a handful of east-coast shows through September - including BIGSOUND - set them up nicely on the live music circuit too. Watch the single's official video clip below, worked on alongside Mike Ridley and Nick McKK, and better get to know the trio while you're at it.

I'm a songwriter/bedroom producer from Wollongong NSW, now living in Melbourne's North, trying to save memory externally/audibly because I don't trust my brain, and I figure I could listen to the backlog on my death bed; have my life flash a little slower before my ears (or someone else's, if I die in less than ideal circumstances).

Naively optimistic folk, pop, punk tunes that have a lot of tenor harmonies and finger-picky riffs, mostly about memory, death, ontology, inspired by experiences fabricated inside video games, but also sometimes by happenstance/moments of epiphany after spending time alone, or with family, friends, and loved ones.

Songwriting helps me figure out what I think is important to remember. I've always been afraid of forgetting stuff like that, so I try to capture it as quickly as possible through whatever ad-hoc equipment I have available in my bedroom. Writing and recording is inseparable for me, because I need to hear the echo of what I'm feeling as I feel it, so the sincerity is translated. The demos are the foundations for the later versions, along with all the unintentional background noises, shaky vocal takes, or bung notes. They stay as reminders of intent. I don't record in any particular order, but it needs to come out quickly, and using binaural mics with a loop pedal is intuitive enough to accommodate that deadline.

Lyrics and harmonies, along with their cadence is dependent on what's already being said, and how well, by the music. I try to cut the ribbon on sections at a time, listening to them on loop with all parts and lyrics set in audible stone. I've got limited knowledge of music production, but I figure that breeds something unique, as it has in some of my favourite bedroom artists. Could be that I'm just stubborn and like to control everything, so the process is self-contained, and doesn't drag out too long. I write almost exclusively at night, so whatever state the song's in by the time I collapse, the core is complete through abandonment.

Can you tell us a little bit about your latest single, Swear Jar, and its video?

Swear Jar is about showing understanding in the face of ridicule; allowing someone to feel and express themselves without judgement. We can swear and shout as long as there's a constant line of communication; an opportunity to correct ourselves, to learn, and to preserve a space to apply what we learn. The core demo is a solo folk sounding number; closer to the intent, but my producer friend Sam Swain helped me bring it up to speed and give it more of a kick.

For the clip, we talked shop with the superb Mike Ridley and Nick McKK, figured we'd act out conflict in supernatural circumstances, initiated by playing a cursed board game; It's Jumanji, but cloaked with the naive optimism of 'Bill and Ted'. That way it isn't about revenge or pain, it's that life is cool and totally heinous, and friendship is the best or whatever. I'm just glad we could tie in my surplus of teeth into the video, really.

There sure are. We're playing this year BIGSOUND festival in Sep (3-6), then scuttering back to Melb-town play our single launch at Nighthawks (7th), slingshotting up to Wollongong for Strawberry Boogie at UOW (12th) and finishing up at Yulli's in Sydney (13th). Should be a good time with equally good lineups. plz come.

oophf, if you want to dive deep then I've been releasing (almost) weekly three-track EP's through Patreon as a subscription since 2015, containing official/unofficial releases, binaural field recordings, and experimental nonsense. But if that's a bit too big a platter, then you can head to BANDCAMP for the most recent albums, or SOUNDCLOUD to catch some random tracks/official singles as they appear. Otherwise, the usual Spotify or iTunes will do. 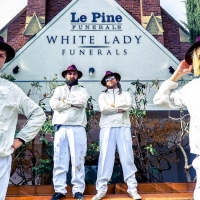 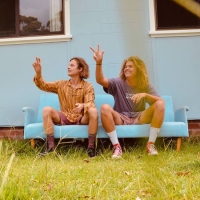 Meet Debbies, the NSW pop-punk duo in the finals for triple j Unearthed HighThe duo from Jervis Bay, on the New South Wales south coast, are serving up a brilliant sound.
Bands