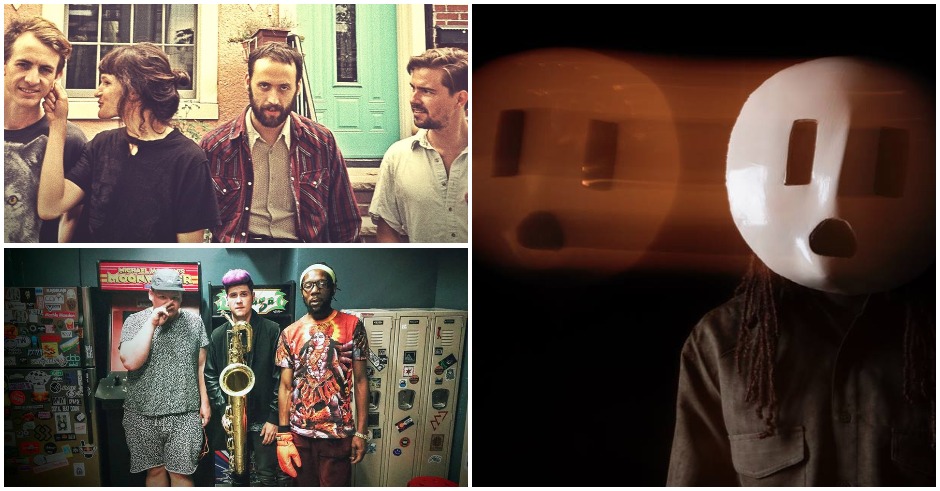 From the minute I first visited their page, I was in two minds about Big Thief. Masterpiece is their debut album and has been a reasonable success for them, good reception and sales. The main issue I have with the band is a somewhat pretentious vibe. Calling their first album Masterpiece rubbed me up the wrong way a bit. This feeling was worsened when they described listening to their music as “the feeling of looking at a dog and suddenly marvelling that it is like you but very not like you; when you are accustomed to looking at a dog and thinking 'dog', watching Big Thief is like forgetting the word 'dog' and looking at that naked animal and getting much closer to it and how different it is to you”. Not sure about everyone else but to me that sounds like a load of guff. Not that their music is bad, it’s reasonably relaxing alternative rock at its best, but this description definitely coloured my opinion. Real Love is the standout, being an almost surf-rock sounding love song with decent vocals and guitar. I would personally compare the song to sitting on the couch, watching an old drama late at night with the soft sounds of your partner sleeping on your shoulder. Something simple, but pleasant and calming. The whole album is kind of like that. Big Thief are at their best at their most rocky (Real Love and Masterpiece) and their worst when they focus too much on lyrics (Lorraine). So on the whole; it has a lot of good stuff going on if you like alternative rock. Still not convinced of the title Masterpiece though.

TOO MANY ZOOZ - Subway Gawdz

Damn. This one hit me out of nowhere. Experimental band TOO MANY ZOOZ is certainly a regular in the top echelons of Bandcamp and they were certainly on my radar, but Subway Gawdz was the first album of theirs I have really got behind. The album has some more similar tracks to their older works, the bizarre blend of EDM structuring with a distinctly more funky sound that the group focus on and some distinctly new stuff. The stand out track for me is Kings Avenue (ft. members of Galactic). Just a damn funky song with perhaps some of the best tenor sax work I’ve ever heard. It keeps enough strange stuff in to fit in with the rest of the album. The pedigree of the players in the band is of considerable standard and a lot of the tracks make good use of this, giving the players plenty of opportunity to show off, a sentiment I really miss in a lot of modern music as a whole. While a few tracks seem somewhat out of place, Ftg Pt. 2 seems an odd addition to a mainly instrumental album that really sold itself on the calibre of its performers, overall it’s a solid album and impressed the hell out of me.

Not a recent release per se, but one that has become a whole lot more relevant considering some of the recent events that have transpired in the U.S. with the disgraceful killing of two black men by police and the subsequent backlash, both non-violent and violent. Post-Post-Race doesn’t make for great listening-music. The beats are simplistic at best and aren’t overly memorable on their own; a departure from the awesome beats of Guante’s Sifu Hotman days. However, they certainly help to set the stage for some exceptionally written lyrics. This was the album for me that confirmed my respect for Guante as a lyricist, rapper and a poet. Hell, he’s one of the most talented writers in the music scene. While often heavily opinionated and politically charged in lyrical content, it is difficult not to genuinely respect the guy. He has several guests (Tony the Scribe in Flight Privilege and Lucien Parker in Venom among others.) peppered though the album that all bring their various strengths but his finest moment for me is Quicksand. The song is not only cleverly and subtly written, it’s a song whose premise can be seen reflected in a variety of aspects of modern society, despite its allegories about racism. Simply put, it is artistic genius. The rest of the album is of a high calibre and especially on point considering the events of recent. I would recommend Guante any damn day of the week and there’s no time like the present.

When I first saw the Furi OST, I was intrigued. It’s not every day that a soundtrack manages to shoulder its way past the Undertale OST and the HOME albums from 2 years ago and then hit the top. But after a few listens, I found that I’m on the disappointed side of the fence with this album. That’s mainly due to the showing of Carpenter Brut being lack-lustre at best. Being a massive fan of the guy since TRILOGY, his name carries great weight to me and his work on Furi did not deliver. There was nothing here that hit the raw power and impact of something like Turbo Killer or Roller Mobster, nor the funky synth vibes of dance tracks like Disco Zombi Italia or Run, Sally, Run!. It all felt toned down and lacking the usual power that Carpenter Brut lives on. Compared with most electronic music, the Furi OST is passable at best, if not very memorable. The majority of the rest of the album is quite mellow, something that seems somewhat counter-productive to the game’s action focus. Overall, it’s just wasted potential; especially considering the work Carpenter Brut and Scattle produced for Hotline Miami’s OST was of magnificent quality. Sigh.

(As a side note, anyone wanting a more recent and better ‘Carpenter Brut’ fix, check out The Uncanny Valley by PERTURBATOR. Pretty similar and pretty awesome). 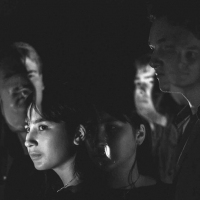 Premiere: Stream Soft Corporate's charming new EP ahead of its release this FridayCharming indie-pop to warm the soul. 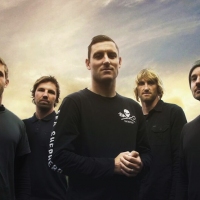 The Australian polymaths release their latest epic, alongside the news of three new albums due next month.