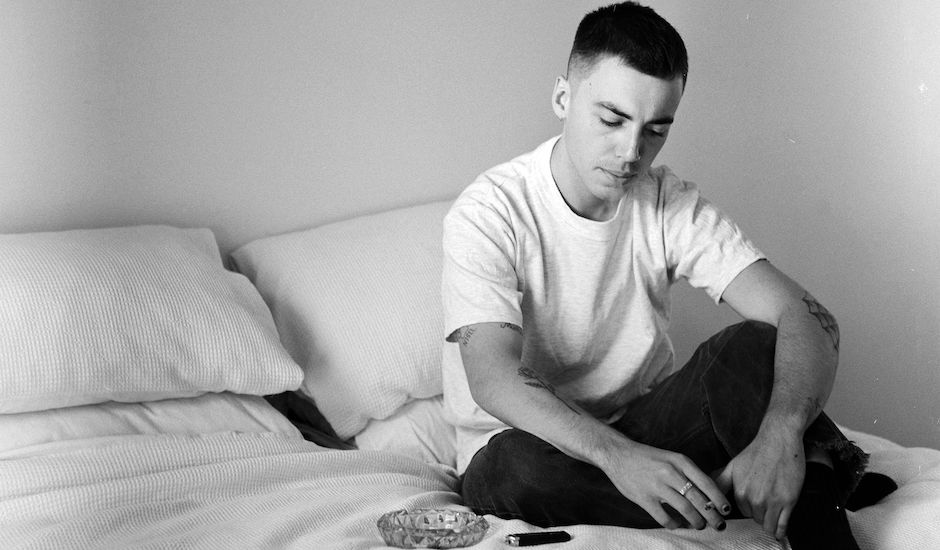 Tyne-James Organ is something special. Since his 2016 debut single In My Arms - one we actually premiered all the way back then - the then-Wollongong, now-Melbourne-based musician has put this special brilliance in the spotlight time and time again, whether it be through a series of consistently spectacular singles in the time since, or his ability to mould himself to whatever production he's working with as a guest, such as Kilter and James Crooks in a recorded format to names like Mallrat, who he often joins live on stage (at the most recent Falls Festival, for example).

Regardless, Tyne-James Organ is a remarkable, multi-disciplinary musician often putting his emotions and songwriting skillset on centre display, from In My Arms - "a powerful first step" - to Watch You Go, a song that Tyne said "means everything to" him as he talks about one of his biggest inspirations, his late father: "Throughout writing, I never imagined anyone else would ever hear it," he said on the song. Since, he's followed it up with an A-grade run of consistency amongst Australian indie's best, from the dizzying return Graceful to Something New earlier this year, the latter of which debuting a heavier, Royal Blood-esque sound as he experimented with the more rock-infused realm of indie when compared to the stripped-back moments he's put out in the past.

Now, in the midst of 2019's second half and some three years after his debut single, Tyne-James Organ is encapsulating his career thus far with a showcase of his talents on Persevere, his long-awaited debut EP out now via Dew Process/Universal Music Australia. It's five tracks that feature highlights from his discography thus far, amongst two moments - I'll Get By and Say No More - which hint at a bright future ahead, showcasing his evolution as an artist throughout the years and where this constant growth both personally and musically will take him in the future ahead.

Among other things, it's also an example of Tyne-James Organ's knack for versatile, emotion-built songwriting. No matter what sound he's approaching, from gentle, stripped-back ballads to moments more powerful and rock-built, his sound is always marked with who Tyne-James Organ is; a remarkable thing to find in a musician still on his first longer-format release. It's a moment - or several moments - of increasing maturity and what growing up encapsulates, swirled in together with that charming vocal and signature blend of accessibility and intimacy.

"The older I’m getting now there’s a sense of everything broadening and it’s coming with maturity. When I’m sitting down with mates and chatting, no-one’s talking shit or small talk, we’re talking about real issues in the world," he says on the release, and that aforementioned growth in maturity which he thinks comes - at least a part of which - from his relocation to Melbourne. "There’s something about being down here and out of my comfort zone. I’m not in a town where I have my mum or any of my family on standby. So, it’s really made me have to step my game up there. It’s definitely influenced my music – especially the cold."

"The last two years I’ve spent in a kind of solitude because I’m in my room and I’m writing and everyone in the house is out every day, so I’m here by myself," he continues. "For a while I hated being caught up in my own head, thinking that I needed to be surrounded by people all the time. But now I’m happy (not happiest) when I’m alone and when I’m in a state of work. That has become my comfort zone to some degree." Dive into Tyne's career-encapsulating debut EP Persevere below with a track-by-track walkthrough from Tyne himself, who walks through the EP's inner-themes and creation one track at a time. Then, catch him on tour this October - tickets and more information HERE.

This song comes from my transition of living in Sydney and moving to Melbourne. I left Sydney due to a relationship breakdown, and I thought running to Melbourne would have all my answers. Whilst it has helped me tremendously in a lot of ways it took time. I felt bitter with the world for what I was feeling. I went to bed one night with this melody in my head. It was just ringing. I decided rather than try make something out of it late at night, I would instead see if it was still there when I woke up. As soon as my eyes opened it was there. We ended up turning that into the main guitar riff of the song. Lyrically everything kind of just fell out, as it does with most of my music.

I wrote Graceful not long after my relationship ended. I ran away and completely blocked out that person from my life, which didn't help heal at all haha. It was one of my first times back in Sydney since I'd left and I had so much I wanted to say, but simply couldn’t. The song came together quite quickly. The song is a weird way of me saying thank you. Our relationship was great, it just ended too soon in my mind. And broke my heart haha. But it’s turned out to be the best thing for us both. I love playing this one live. It blows me out when I can hear people singing it louder than my own voice haha.

This song is pretty straight forward for me. I wrote this song after losing my father to cancer. Firstly fuck cancer. I don't know where to begin with trying to explain that time for my family, so I won't. But after it all, I went silent. I couldn’t speak about it properly. I was at my mum's house one night and just couldn’t sleep so I sat in the spare room and wrote the whole song. The weirdest part was that I just set up my phone to record myself freestyling different ideas and the one take I did I sang about 95% of the lyrics as they are now. There were only a few small changes after. I never planned to show anyone this song, but needed to get my feelings out of my head at least. My manager heard a recording and immediately felt something powerful. I’m so glad this one is out because the messages and conversations I’ve been able to have with so many strangers since has been so healing. This song will always mean the world to me.

This one follows on from everything I wrote about in Watch You Go, but rather than be from my perspective this one is from my mums. We had a chat not long before this song was made and she was telling me she needed a haircut. Pretty simple thing. But this was different. It represented the change she was needing in her own life to heal. That conversation resonated with me so much. When the chorus finally hits at the end and the lyrics are ‘while you’re waiting, I’ll get by’ is as if Mum is speaking to dad (wherever he is) and just telling him she will be fine while he waits up there for her. I don't really know how to word all this properly but I’m just speaking from my heart with it. My music is and will always just be about my family and my life.

This is another one that stems from my relationship breakdown. It again was another one of my first times back in Sydney after and I was staying with one of my friends who happened to live around the corner from where I had been living with my partner. I remember trying to go to sleep and just not being able to shake the fact of how close she was, yet felt so far. Typical me dreamt about it. I dream so vividly it’s wild. The dream was awful and I woke up just feeling sad haha. It did lead me to go into the studio and by the end of the day Say No More was done. 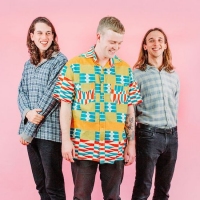 Premiere: Blue Velvet enter a new chapter with It’s All GravyAfter being put on the musical map with their 2018 debut EP, the indie-punkers are back with something new and fresh. 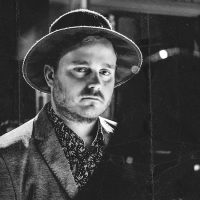