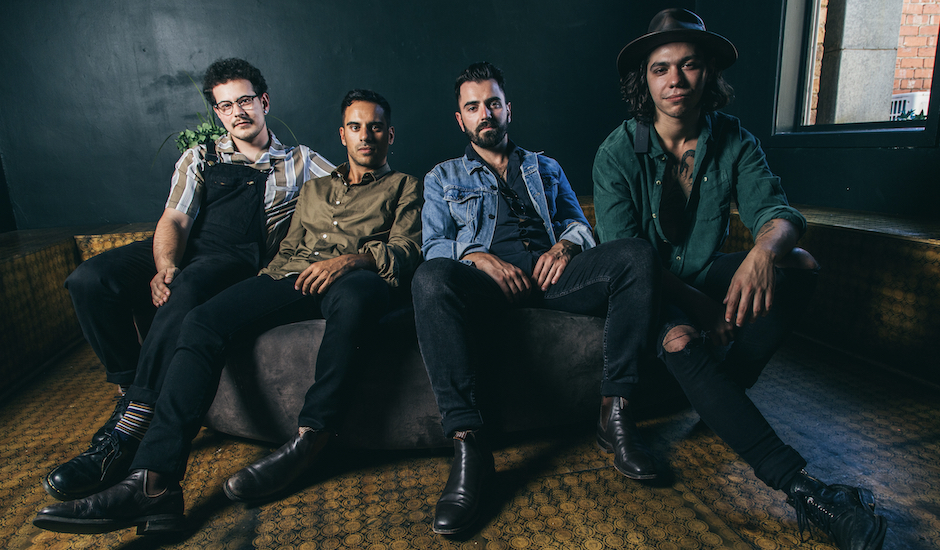 Back towards the start of this year, we initially were introduced to Melbourne-based outfit Sienna Wild through their single Falling Apart. It was a track that bid the warm welcome of old favourites to the local indie-rock scene, returning after two years of quietness armed with some new friends - songwriting extraordinaire and one-half of Holy Holy, Oscar Dawson, most notably - and a single that lifted their past work into a festival-ready territory, morphing it with moments more aligned with pop music than their dizzying indie-rock sound previously.

Skip forward nine months, and we're one step closer to seeing the new-look Sienna Wild and their daring new sound, with its second taste - You Wouldn't Know - arriving last week as they bid adieu to a transformative year for the group. When held against Falling Apart back at the start of this year, You Wouldn't Know is a track that takes the group to nostalgic alt-pop in a similar vein to the Arctic Monkeys, capturing the guitar-driven strength of thrashy, mid-00s rock in a new light that brings it forward to the future in the most expert of ways.

It comes with a handful of tour dates for the four-piece that'll take their explosive live show down the east coast, with dates in Brisbane, Sydney, Melbourne and Adelaide early next year. "Fans can expect a tight rock performance full of swirling guitars, crashing choruses and compelling dynamics. You’ll see a band who have conviction and believe what they say, and mean what they do," they excitingly anticipate.

You can find the track and their tour dates below, but in the meantime, introduce yourselves to the group as they set themselves up for a bright 2020 planned.

We are Sienna Wild. We are a Melbourne based indie rock band made up of four equal parts, Louis Goutos on bass and vocals, Jon Giokas on guitars, Lewis Ciavarella on guitars and vocals, and Lucas Manitta on drums. We like to think of ourselves as a guitar-driven band that gives you songs to cry to, dance to, think to and blast in your car.

We are a guitar-driven indie-rock band. We pride ourselves on writing punchy atmospheric rock songs with accessible musicality, catchy melodies, singable choruses and compelling lyrics. We feel really strongly about making music that we like, and we would listen to. This hopefully comes across in our playing and our storytelling. We like to tell stories of love lost, and affairs of the hopeless heart.

Our production and writing process has really evolved over time and I think this is evident in our musical progression from track to track over the last few years. At times we approach songwriting from a rhythmic and beat-centred place, using the drums to set the energy levels of a new song, even if it means stripping to the waste and flailing around to feel it first. Other songs come about from the lyrical theme and a certain mood is set from a title or a specific message we want to express. Sometimes you hear things on the street or in the pub that need to be said, like our track My Parade. Poor bloke was trying to have a drink at his watering hole when his ex-girl walked in. Party over.

Other times our songs come about from a purely musical idea one of us may have, and this can be presented to the band as a fully formed idea or an embryonic one to be put through the machine and allow it to take its own path. Sometimes this is a good thing, sometimes it fails miserably. It’s all part of the dance.

In terms of production, we have continued to build on our musicality and make our instrumentation as interesting and compelling as possible without losing our sense of commercial accessibility or catchiness. This is always a balancing act. Working with Oscar Dawson on our latest EP was a monumental lesson in being tactful with guitars whilst still being musical, as well as using keyboards and effects to create subtle drama and atmosphere. We really learnt a lot from that experience. We are really excited to pursue these avenues further and see where we can go. We don’t put a ceiling on our writing and production processes at all. Sky is the limit!

Can you tell us about your new single, You Wouldn’t Know?

We are really excited by this track. Its lyrical content in particular, is a new direction I decided to take, speaking from the perspective of a third party, an outsider being dragged into a relationship breakup. Essentially, a guy’s best friend is telling him his girl is going to leave, but the boyfriend is too oblivious to realise, hence he “wouldn’t know”. I feel like a lot of people can relate to that, being a “guilty” bystander. The track also shows us combine simple dynamics with more complex guitar parts, particularly in the outro. This is something we feel is becoming a real signature of our sound. We are really proud of this track, as cliché as that sounds.

2020 is shaping up to be a huge year for us! Kicking off with a single tour, ending in our home town playing to our fans is the best way to start a new year we feel! We are absolutely busting to play a mixture of older and newer songs in Sydney, Adelaide and Brisbane, see how they go with a new crowd and work on our musicality and live performances.

After that, we are hoping to get back into the studio and record some new songs too. At this stage, we are happy to record demos and refine them before we hit the studio and then see how we can package them up and do it all again! Really exciting times ahead, we can’t wait for the new year to start!

You can check us out on Spotify and links on all our social media. Get around it! Jump on board cos its moving fast! 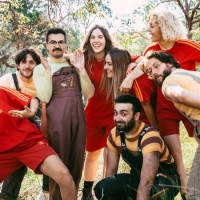 Approachable Members and DULCIE interview each other, celebrate new collabOur favourite community members will share a new EP, Love Thy Neighbour, early next year, with a full national tour to boot. 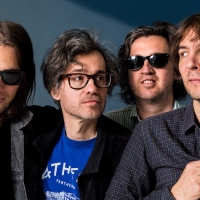 Get ready: It seems we might be getting a new Phoenix album next yearTheir last record, the glitzy, Italian summer-inspired Ti Amo, arrived back in 2017.
Bands