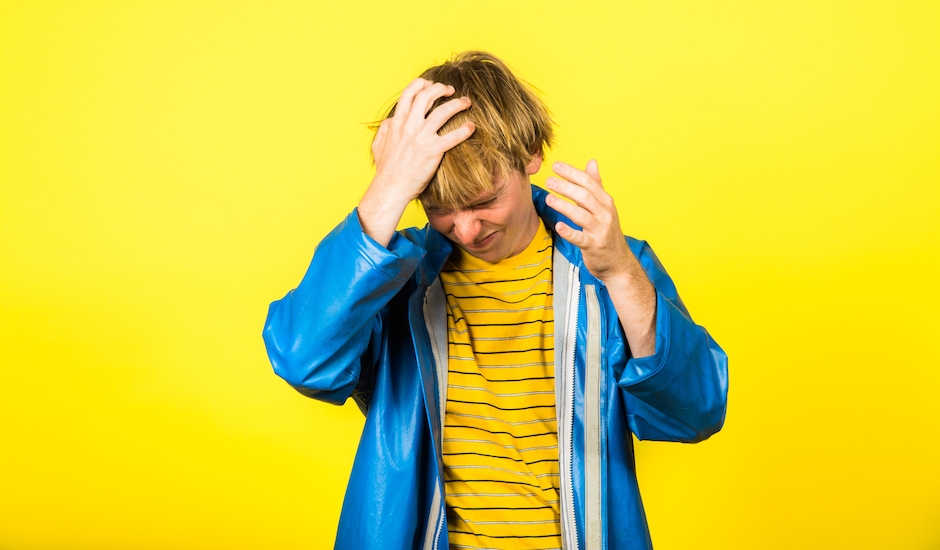 Back towards the start of this year, we met Candy - the new solo project of ex-Amyl and the Sniffers/Lunatics on Pogosticks member Calum Newton. The single in question was Apartment In The City, a glistening, sun-stroked slice of dazzling indie-pop that for a release relatively early in a soon-blossoming career, welcomed us into the world of someone that would become one of Melbourne's most exciting names, something he's done nothing but reinforce in the eight months or so since. Release-wise, Hiding From The Sun, Thankful and Validation - all cuts from his just-released debut album (something we'll get into in more detail shortly) - have supported his climb through the ranks, offering versatility as Newton explores and fleshes out his emotive guitar-backed sound, while praised slots at BIGSOUND and more have seen him flex his live show too.

Under The Weather, Candy's self-released debut album, is the most visible sign of his promise and potential yet. Across ten songs, it shows Newton dive deep on his masterful, stripped-back sound, whether it's through the higher moments - like Apartment In The City mentioned above - or in the moments more tender and vulnerable, creating a contrast that makes Under The Weather a complex and at times, emotionally challenging listen that'll reward you every time you put it on. "Under The Weather was recorded during 2017 just after I’d moved to Footscray," says Newton on the album. "All the lyrical content came from the experiences I had during the month or so prior, as I couldn’t find a house and was subsequently forced to stay at my girlfriend’s place. Fortunately, she was super fine with it, but it was still a pretty lame feeling when you’re imposing on someone. Everything was recording straight into logic, all the drum samples are stock, and I think all the plugins are stock as well (might’ve used izotope’s exciter for the vocals but I can’t really remember haha). On reflection it’s a wildly sad album, I didn’t realise that when recording it. My only hope is that my parents don’t listen to it and get sad - that’d be a real bummer."

With the album's arrival placing him amongst the continually growing list of Australian newcomers to watch, we got Candy to talk us through Under The Weather and its creation, themes and more. Dive into it all below, and grab the album HERE.

I find myself putting a lot of weight on what others think of me, especially in music, and I was getting really down cause my girlfriend never really liked my songs, and even though I’d love them when I was writing them, I’d turn around and think they were awful cause she didn’t have this big positive reaction. Totally fair though - what I’ve made has never really fallen in the category of stuff she listens to haha. This song is kind of an amalgamation of needing constant reassurance that I’m doing the right thing and also just me realising this is something I do, and I think being aware of it is at least the first step to stopping it from getting in the way of creativity and also just day to day life. Sometimes it doesn’t matter if your friends don’t like your shoes or haircut. I think I’m still trying to learn that.

Apartment In the City

A good friend of mine, Jahan, has this romanticised notion of getting off the grid and disconnecting and I’ve always found it really interesting cause I’m not sure I ever could. This is maybe the only love-y song on the album and it’s just about those moments when you’re alone, wandering, having those idealistic thoughts of returning to your partner.

I’d been searching for a house for ages and was getting really upset with the constant rejection. Luckily a friend, Irina, was gracious enough to go on the house hunt with me. It’s weird when you’re in those situations where you know you should be grateful for the efforts people are putting in but it’s also hard to not let stress and anxieties get the better of you.

Hiding From the Sun

I’d been working a lot for a couple of weeks and I’d felt so drained so whenever I came home, I’d just stay in bed all day with the blinds pulled down. Annie loves open blinds and I was noticing just how bad I felt when that sun shot through my window. I thought it might make for an interesting thing to personify in a song and I also kind of liked how it could be interpreted for being about a relationship.

Lyrically, this song ties straight to its predecessor, Hiding From the Sun, cause I’d be sleeping in and staying in bed all day then be stuck doing the same thing at night till around 3 or 4 AM. I think a lot of people can relate to that weird brain function in that early morning where all these worries just stack on top of each other and you can’t escape that whispering from your brain. It eventually sings you to sleep, but it sure isn’t pleasant.

Sometimes it’s really great just to forget everything and get really drunk or messed up. That’s not healthy but it’s true. I don’t think I’ve ever really had an issue with drugs - my parents were both junkies and that kinda scared me straight when I was kid to steer clear, cause I feel like I have a pretty addictive personality - but I could feel myself wanting to drink more and to go out more and I wasn’t sure if it was wholly a fun thing, or if maybe I was looking for a distraction from recently feeling like I’d hit a plateau and my life was going to be like that for the rest of my life. Pushing trolleys for money, staying in bed most days and occasionally going out when I felt compelled to socialise.

There’s a tonne of stories about how bands had a member quit and they blew up while that musician faded to obscurity to maybe have a mention in the first chapter of that bands’ number one selling biography. I played bass and recorded/mixed Amyl and the Sniffers’ first 2 EPs and after a year called it quits, cause the guitarist and I just didn’t really get along. They got incredibly popular in the following weeks and months and it was really hard to not feel a lot of regrets. This song is me singing to one of my oldest friends, Bryce (who plays the drums in Amyl), about how petty and insecure I felt watching his amazing success. My outlook has definitely changed now though and I’m ultimately really happy for Bryce, Amy and Gus and think it’s incredible how they’re going. I also get paid royalties which is pretty nice haha.

On the flip side of Apartment In The City’s romanticism of being alone, is how scary it can be. The weird look on a tram, a person walking closely behind you, the realisation of no one you know being close by. That uneasiness and paranoia linger for a really long time for me. I can tend to overthink, and those situations I replay in my mind a lot.

Nobody tells you how strange it is going from university to work. I didn’t realise just how soul-crushing it could be. I did a bachelor of music and on the first day at VCA, in our introduction, they emphasised how people don’t study this to make money, that it’s a passion and we shouldn’t expect to make a career. What I want to know is how do you find the time? How do you pay rent and afford to eat while simultaneously having the energy and time to write songs? I was really overwhelmed that I’d been handed a piece of paper that seemingly meant nothing and I was thrown into the mundane abyss. I’d ticked off what I’d needed to - I’d found a house, I’d landed a job - but I wasn’t artistically fulfilled. I was putting a lot of pressure on myself and I was breaking under that weight. Half of me wanted to keep pushing while the other half felt that maybe I should just resign myself working a full-time job and living for the weekend.

Writing negative songs can keep you in a negative cycle. You’re burrowing inside of yourself and bringing this stuff to the surface which doesn’t necessarily feel good. I wanted to make myself feel happy - I didn’t want to indulge my sadness all the time. I also wanted a glimmer of hope in this album cause it’s all so sad and mopey. I do think that we’re responsible for our own happiness to some degree and I wanted to force myself to think that I’d get there. I think I’m there now. Or at least on my way. 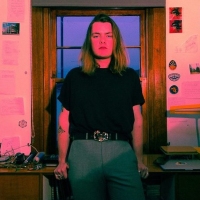 Premiere: Carl Renshaw creates a psych-rock dream on Hard To MakeTaken from an EP expected sometime next year, the track arrives ahead of shows at Falls Festival and supporting Maddy Jane. 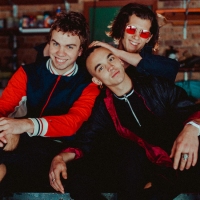 Premiere: Nelipot unleash inspirational new video clip for latest single, HYWASAYThe Central Coast three-piece have a heap of shows to round out 2018 in style.
Bands