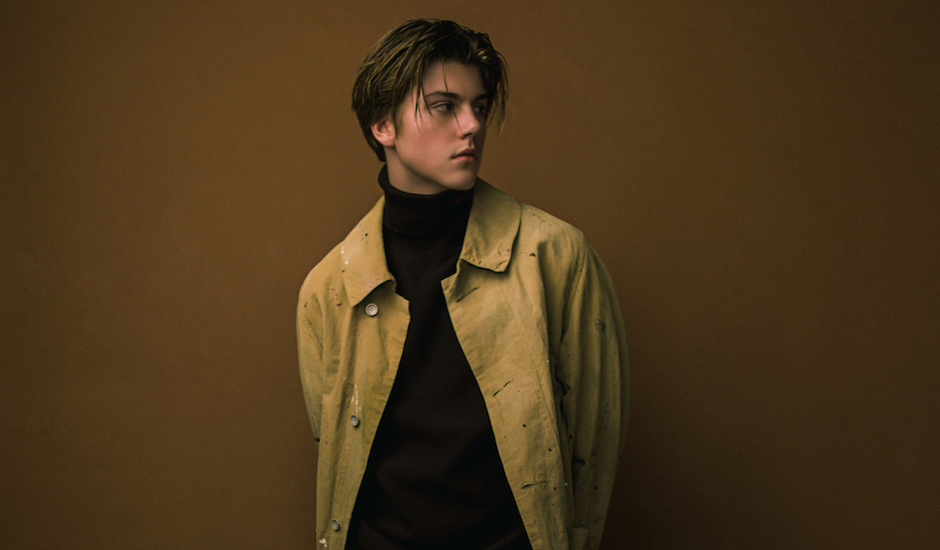 Every week, we're hammered with tonnes of new music from Australia and afar, so much so that at times, it feels a little overwhelming and you're not quite sure where to begin. Every week, we run down this week's must-listen singles and releases, this week featuring names like HAIM, Hermitude, Angel Olsen and more. Check out Pilerats' homepage for more brilliant music and news, or subscribe to our Spotify Office Playlist for easy listening.

Since his 2018 debut EP Ready, rising Australian R&B star Ruel has blossomed into one of the country's most exciting exports, becoming a defining force of our R&B scene as he develops a cult audience and begins his move into international waters too - not bad for someone who's very much still in the earlier phase of his career. After teaming up with GoldLink for a remix of Not Thinkin' Bout You and sharing something a little more down-tempo with Painkiller earlier this year, he's now followed it up with another one called Face To Face; yet another sign of his emerging brilliance as a musician as he moves towards another EP - Free Time - on September 13th. Face To Face is a light-hearted look at social media obsession - and rejection - that places capturing lyrics side-by-side with Ruel's distinct R&B swagger and charm; his rich vocals swirling amongst a low-key production from M-Phazes which is stripped back to let Ruel's vocal truly shine. Catch him on tour this September/October - more information and tickets HERE.

Talking of Australian musicians quickly blossoming into international forces, CXLOE is beginning to do the exact same thing at the moment. Over the last two years, she's erupted into one of Australia's most brilliant pop gems, showcasing a refined songwriting talent and a sensational knack for crafting top-tier pop with every move, whether it be collaborations with SACHI and Super Cruel, or work like I Can't Have Nice Things and Low Blow - her two tracks of 2019 thus far and two of her best to date. Now, she's taking an even bigger step into international waters with a collaboration with US hit-maker Gnash titled Sick. It's another dark-pop gem brooding with that signature CXLOE bounce, with thick production layered underneath a soaring vocal from one of Australia's best. "Sick is about loving too much and never wanting to show it," she says on the track. "It’s about never having that middle ground or normalcy within yourself because your emotions are extremes of each other. Sometimes we want to be showered in affection and jewels and dinners, and sometimes we just want that raw emotion of feeling sick over someone, like an obsession — that pit of your stomach sick."

Alex The Astronaut is one of Australia's most powerful - and important - songwriters, often layering her upbeat guitar melodies and gentle voice with lyrical themes often left unexplored in Australian commercial music, whether it an empowering anthem for queer people internationally (Not Worth Hiding) or Happy Song, a gentle, mental-health-touching ode that really felt like a step in a great direction for the brilliant songwriter. Her new track I Like To Dance is perhaps her most powerful thus far, with twinkling melodies and a darker, more sombre-sounding Alex The Astronaut sharing the story of an unnamed, hypothetical woman suffering from domestic violence ("You scream ‘Why don’t you leave!’ / My kids are two and three / I just can’t pay for what they need / We both know he’d find me," she sings), inspired to write the song after meeting with a magistrate who told her about the number of domestic violence cases - and the intensity of them - that they see each week. It's an ode, in a way, to the women themselves - not the statistics that often end up defining them - and it's an incredibly touching song from someone who continues to stun. For more information on Australia's domestic violence epidemic, head to 1800RESPECT.

Stepping out of Australia for a moment into international waters, it's hard not to pitch Megan Thee Stallion as one of hip-hop's most adored names at the moment, developing a cult audience amongst the loudest of her genre. After last year's Tina Snow project and this year's triumphant Fever, she's quickly making her mark in the commercial music world - a difficult feat, considering the bias against women in hip-hop (particularly black women), and an increasingly powerful genre that is now one of music's most popular and resultedly, perhaps over-saturated. Hot Girl Summer sees Megan's trademark phrase transformed into a trap-rap epic that's sure to propel her into bigger waters, going back and forths with hip-hop heavyweight Nicki Minaj - and Ty Dolla $ign, who donates a slick, R&B hook - as she positions herself as rap elite. Here's hoping that her debut Australian shows are soon approaching.

As she leaps towards the release of her new album COMPLEX (out August 30th via Wonderlick / Sony Music Australia), Montaigne has been offering consistent reminders of why she's one of Australia's most captivating pop acts - just in case you've forgotten in the wait since her 2016 album Glorious Heights. First came the stripped-back For Your Love before her first single for 2019, READY, welcomed a triumphant, blaring edge that set Montaigne on a bright path for the future, something only further established with the album's next tease, Love Might Be Found (Volcano). Inspired by the eruption of Icelandic volcano Eyjafjallajökull, Love Might Be Found is a wishful hope that a weather event will stop a person from leaving their home and perhaps the place they might find love, whether it's by "rain or snow or a volcano". Musically speaking, it's a pulsing synth-pop tune that takes elements from 80s synth-pop - crashing, echoing drums, pacing rhythms - and pushes them forward to 2019 with that distinct Montaigne touch; yet another brilliant effort from one of the country's best. 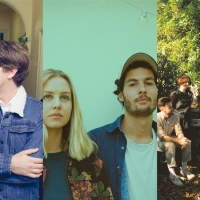 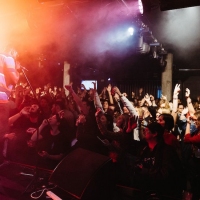 Cry Club, Dulcie, Mojo Juju, Yergurl + more: Who to catch at BIGSOUND 2019There's a lot to digest when opening BIGSOUND's 2019 program, so here's something that should help cut it down.
Light & Easy