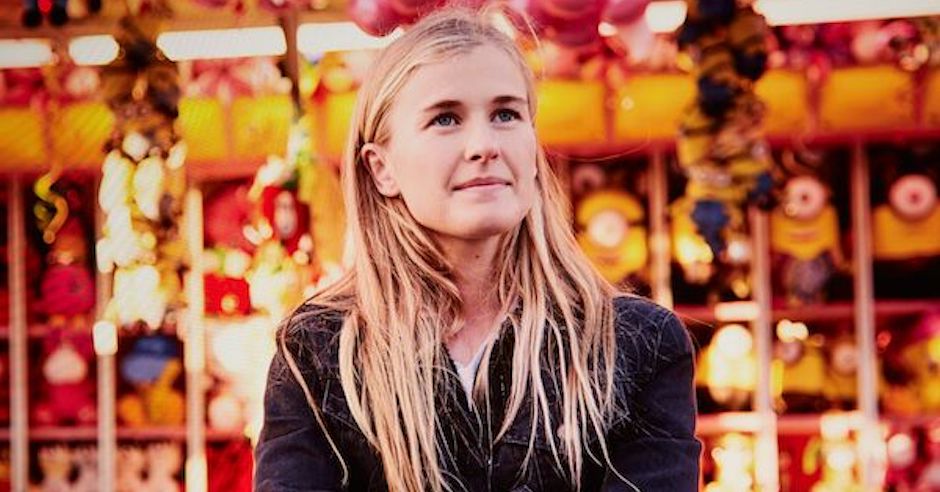 Having already scored some major plays on triple j, FBi Radio and Beats 1, Alex The Astronaut is an exciting figure to recently emerge from Australia's indie-rock scene. Her five-track debut EP To Whom It May Concern is her most recent move and her most exciting yet, with the Sydney-via-NYC singer-songwriter delving into an exciting pop-infused indie sound for the release, blending earworming pop vocals and songwriting with soft, blissed-out guitar melodies that are both exciting and interesting. It's a complex release story-wise, so to help break things down a little we've got Alex herself to delve into the EP's creation, detailing the stories and emotions behind each of the five tracks.

This song took a surprisingly long time to write because I noted down most of the lines in my phone on a bus that was late. It was running from opposite sides of Sydney and I hadn’t coordinated my timeline very well so I was late to my next job for the third time that week. We passed a hospital while I was thinking about the election, as I was heading back into in the US that next month. I really never expected Trump to win. When we released the song the day before the election I thought the “billionaires for president” line would be a reminder of a horrible man who lost but was almost given the right to rule the western world. When he won me and most of my friends were devastated and the meaning of the song to me changed.

I am a massive dork and when I first got to my college in New York I really wanted to learn everything I could in it. I went to all the museums I could and I tried to bring my friends but they sometimes get bored of my science stories so I didn’t mind going on my own. My favourite one is the American Museum of Natural History (where Night at the Museum happened), I spent six hours there one day on my own. My first gig in NYC was a 15 minute slot on Songwriter Sunday at The Bitter End. I’d emailed in and they’d given me a 7pm slot and I had to sell 15 tickets so I went into the city with a bunch of my friends with my little setlist in my pocket. I had been exploring the museums and streets of Manhattan that day (and the day before I’d bought a venus fly trap at the Museum of Natural History) and suddenly all the excitement and wonder turned to nerves. I went up on stage and had no idea how to talk to the audience. I shakily introduced myself and went straight into my first song. I cut out one of the songs on my list that I wasn’t that confident with and found my feet on the last song. At the end of my set the audience started to clap and I was humbled, I’d survived and everyone hadn’t left. The song is a postcard home to mum of that weekend.

Holes In The Story:

I came out to my parents when I was 19. It was the scariest thing I’d ever done but I’d been preparing for it for a while and movies had made sure that I was ready for the worst. My mum and dad are super so it wasn’t at all a problem. I think I started writing this when I was watching some Disney movies with friends and I realized that growing up, I hadn’t seen myself in any of the characters in the way that other girls had, and that had a negative influence on me. I’ve been very lucky and loved and have had the opportunity to pursue all the things that I’ve wanted to and perhaps done my best to not worry about being different in more ways than one. I wanted to say that people should go after the things they think are important to them and study whatever they love and not worry about what they’re meant to be doing because it really isn’t what makes you happy.

Half Of 21st Street:

As a new Australian in New York, going out in the city seemed to me like something from a movie. I went with some of my friends from college and it wasn’t like anything I’d seen at home. We went to overpriced clubs, which I hated, where you had to send a photo before you went so they could check that you were good looking enough to get into. Some of them we didn’t get in, which I was completely okay with. On one occasion I decided to leave the group and called an Australian friend and we walked around Manhattan and chatted about then new world we’d found ourselves in instead. I saw two guys holding hands and I saw the magic side to the sometimes judgmental and harsh new home I’d found. I understood that this was a world in itself and that there are terrible and scary parts of it, you have to look at things as a whole and make sure that you appreciate the positive things that happen. That’s when I came up with the idea for this song.

I Believe In Music:

I wrote I Believe In Music when I was 15 and it was the first song that I was really proud of. I sent it to Paul Kelly’s managers when I was a few years older to get some feedback and they sent it to Paul and were really encouraging. It’s pretty strange because now they’re my managers too. I had a bit of a rough time in some parts of high school and the one thing that always helped me was music, which is the cliché that I was trying to get across in this song. The Paul Kelly lyric from Bradman goes “let the part tell the whole” which is what I was going for here. I picked three moments where different music influenced me and I shared to try and get across why this is so important to me. 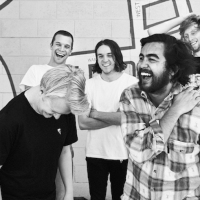 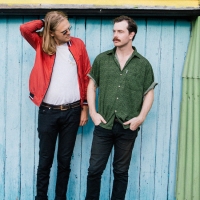 Premiere: Watch the visually intense new video for Pocket Her Eyes, by Mid AyrThe Brissie two-piece have some shows coming up to celebrate at the end of the month, too.
Bands