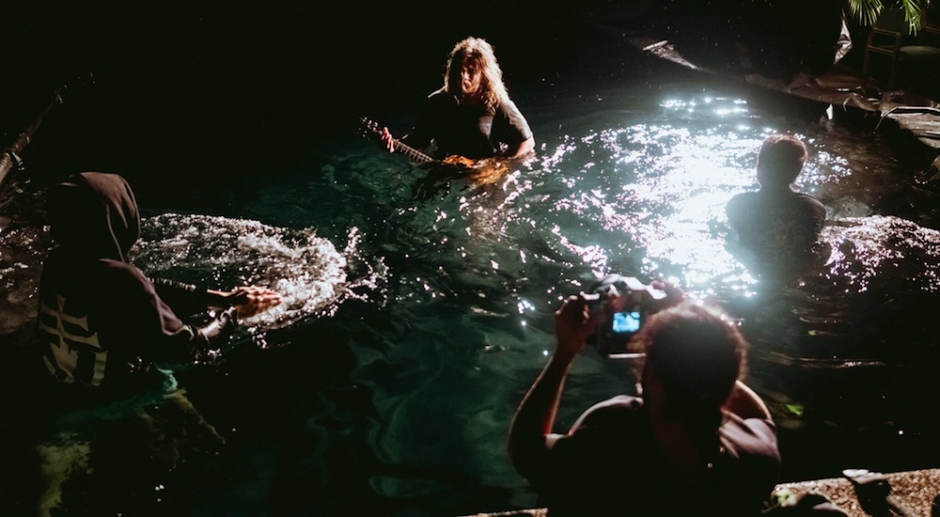 Sydney hardcore outfit Vices are currently celebrating the release of their enormous new LP, Now That I Have Seen I Am Responsible, which was released via Resist Records last Friday (they're also playing some launch shows, check down the very bottom for those dates). One of that album's singles, Broken, received an awesome visual treament back in February, and the lads were kind enough to give us a great series of behind the scenes snaps and reflections of what looked like a difficult video to make.

Essential viewing for the DIY punk crowd - shit can be done, just be prepared to get wet:

Over to the guys: 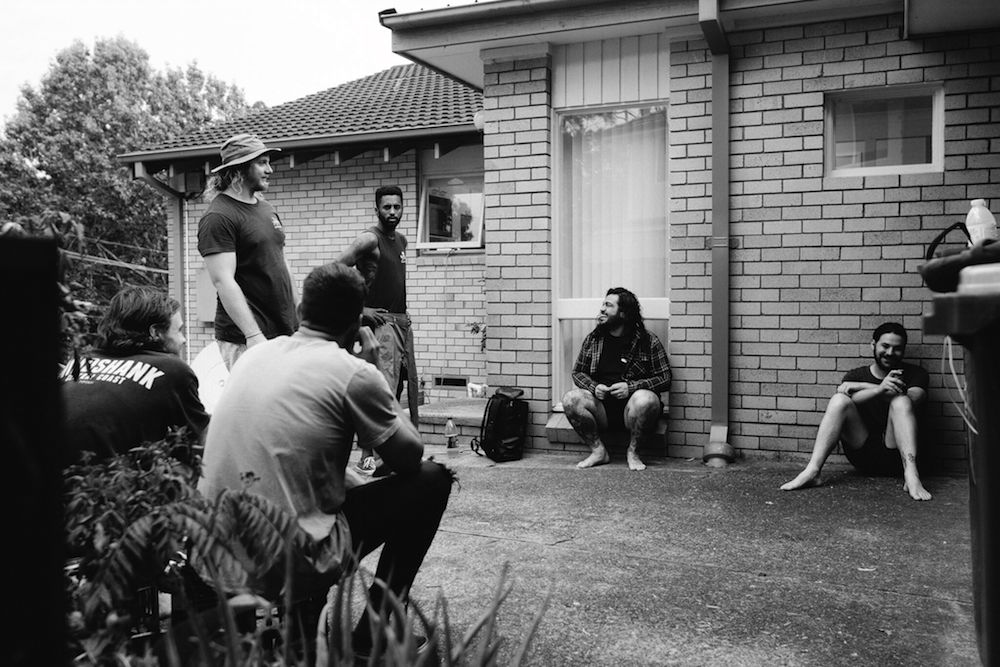 The concept for this video came about from wanting to film our singer, John, drown. To bring this vision to life, we approached the well known music video creator, Kieran Ellis-Jones (Crystal Arrow Films). We loved his style and the high quality of all of his videos so he was a perfect fit for us. As the photos progress, you can see how our ideas changed and formed into the video that we have today. 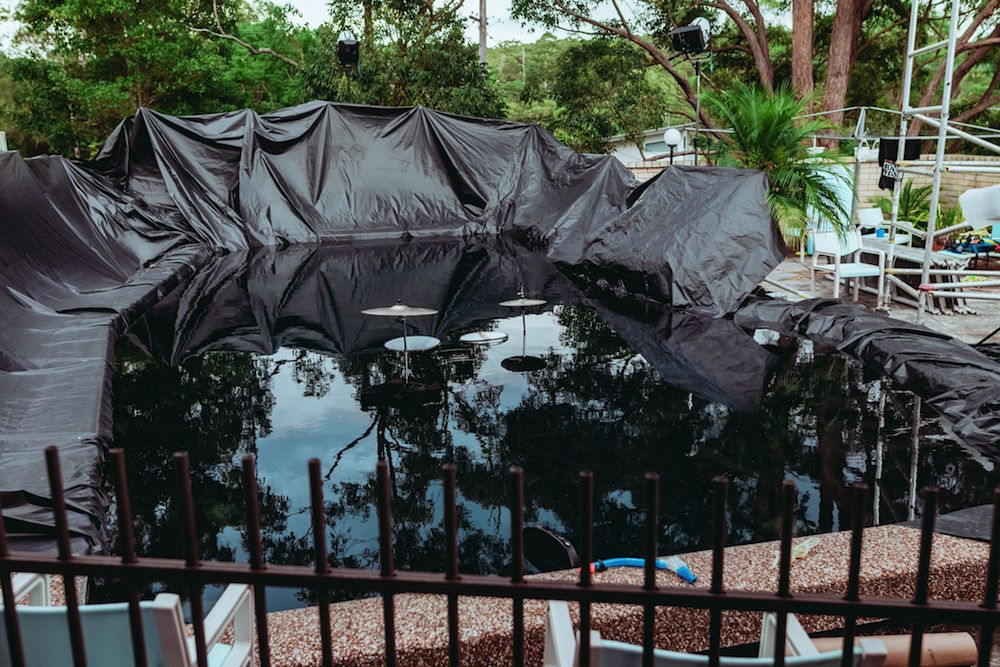 To achieve the desired effect for this video, we needed a big space and a lot of water. The orginal idea was to find a tub big enough we could fit in, drain it, film it in reverse and give off the effect of drowing. Alas, we had no access to either a big enough tub or hook ups to ask Amity if they could hook us their underwater set to make this a reality. Our guitarists parents came thorugh with their suburban pool and it seemed like a pretty good idea. Here is the pool during the day for the set up. $100 worth of tarp from Bunnings will black out any video set you need. 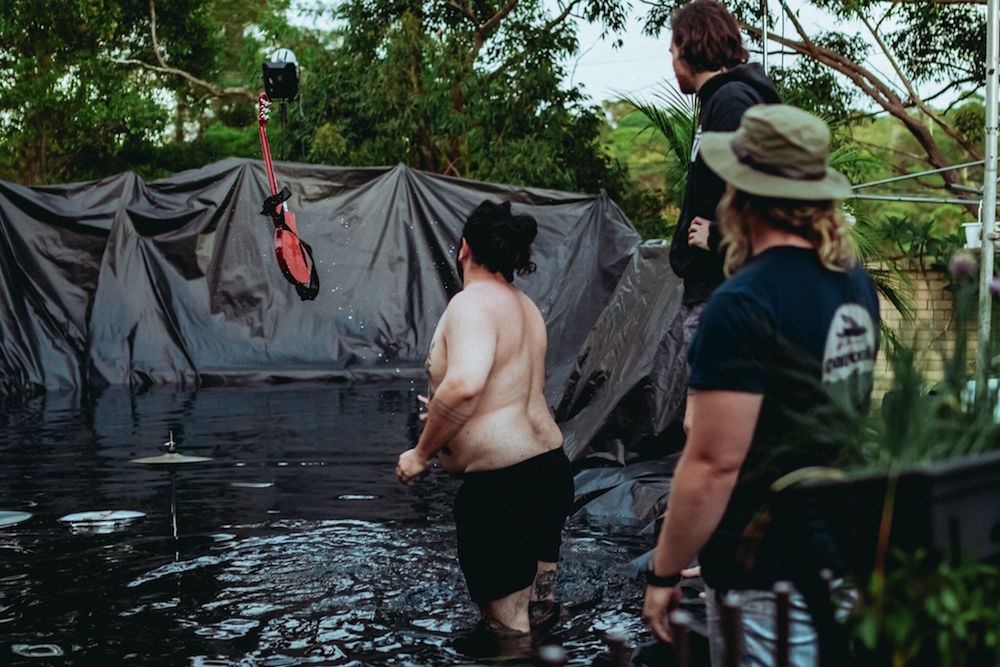 The script of the video changed from it just being John in the pool to having the rest of the band in the pool and cut between shots of us all. This then dawned on us that we were going to need insturments for this shoot and something about putting our Gibson Les Pauls in the water didn’t seem that smart. Gumtree was our hero and we acquired the set instruments that we could go to town on. In this photo you can see Marcus throwing Cal's guitar to test its buoyancy, it also looks really cool. 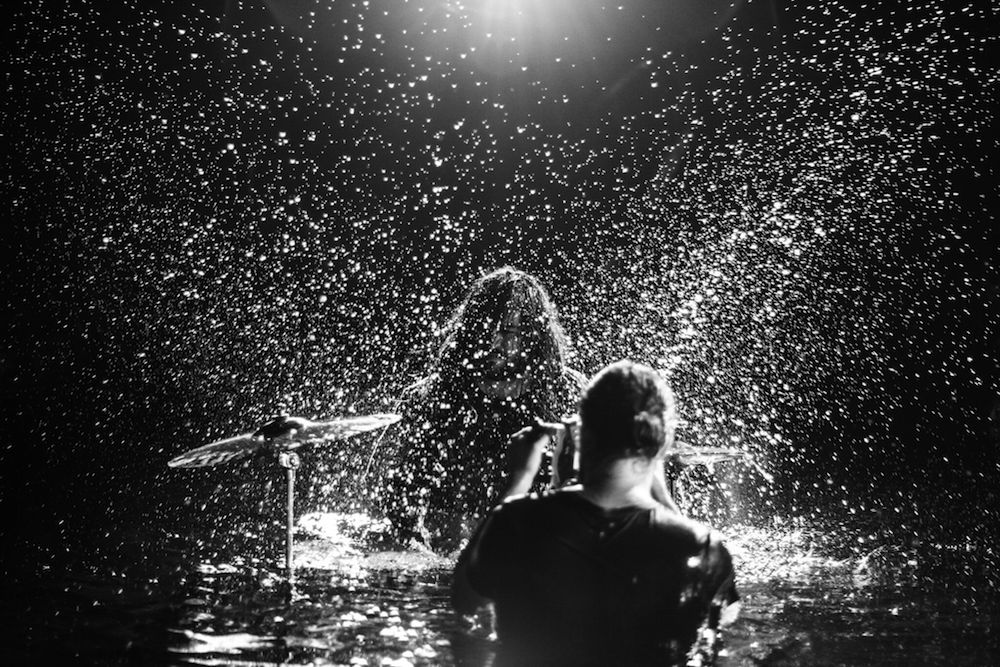 Drums were the first instrument to be filmed. To get the desired effect on the shots there were many methods and many cameras. Each take was shot on two cameras and many lenses. As the song progressed, the instruments would become more immersed in the water by going further into the deep end. The further they were in, the more chaotic the scene would become. 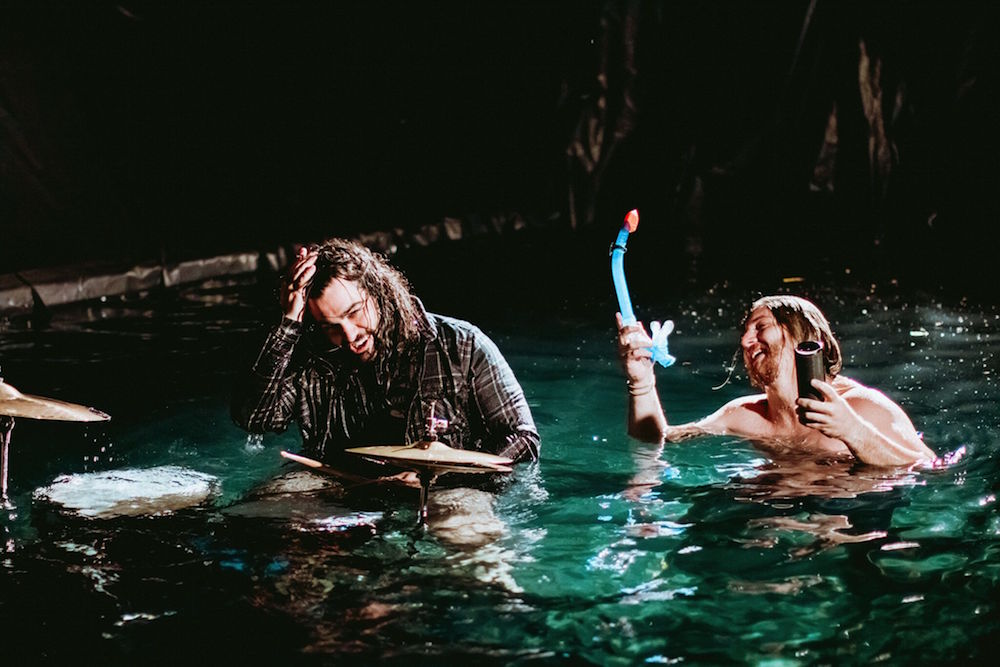 To play along to the song, an audio device was needed. After figuring out our sound system was too quiet we put our MacGyver hats on and got to work. Most of the drum scenes were filmed with a wireless Bluetooth speaker propped up against our drummers head while one of us would be underwater with a snorkel, out of shot. We thought we were pretty damn smart. 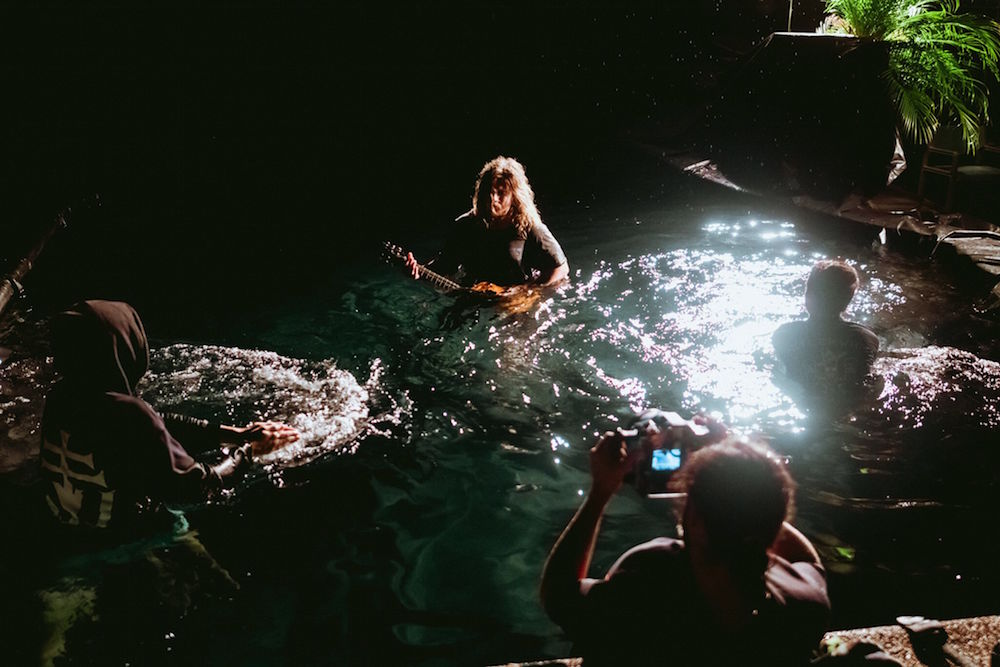 To get those desired effects going, we had our very own wave rider simulators in the pool smashing out clean sets to shred some ARS (air roll spins) in. Unfortunately, we weren’t shooting for Tracks magazine, we were trying to depict the imagery of drowning under the pressure of a broken world. In the end, when in doubt, black and white it out. You’ll look super emo and edgy.

DEATH TO ALL BUT METAL 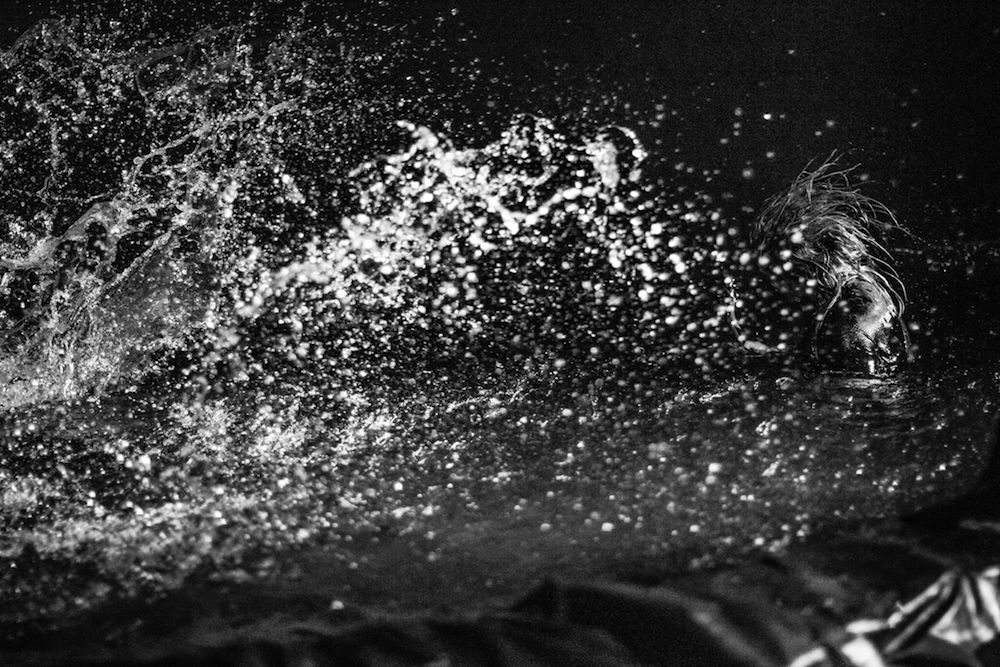 There’s not much to this pic. Just a long haired dude head banging in a swimming pool. Heaps metal.

THE TOWER OF TERROR 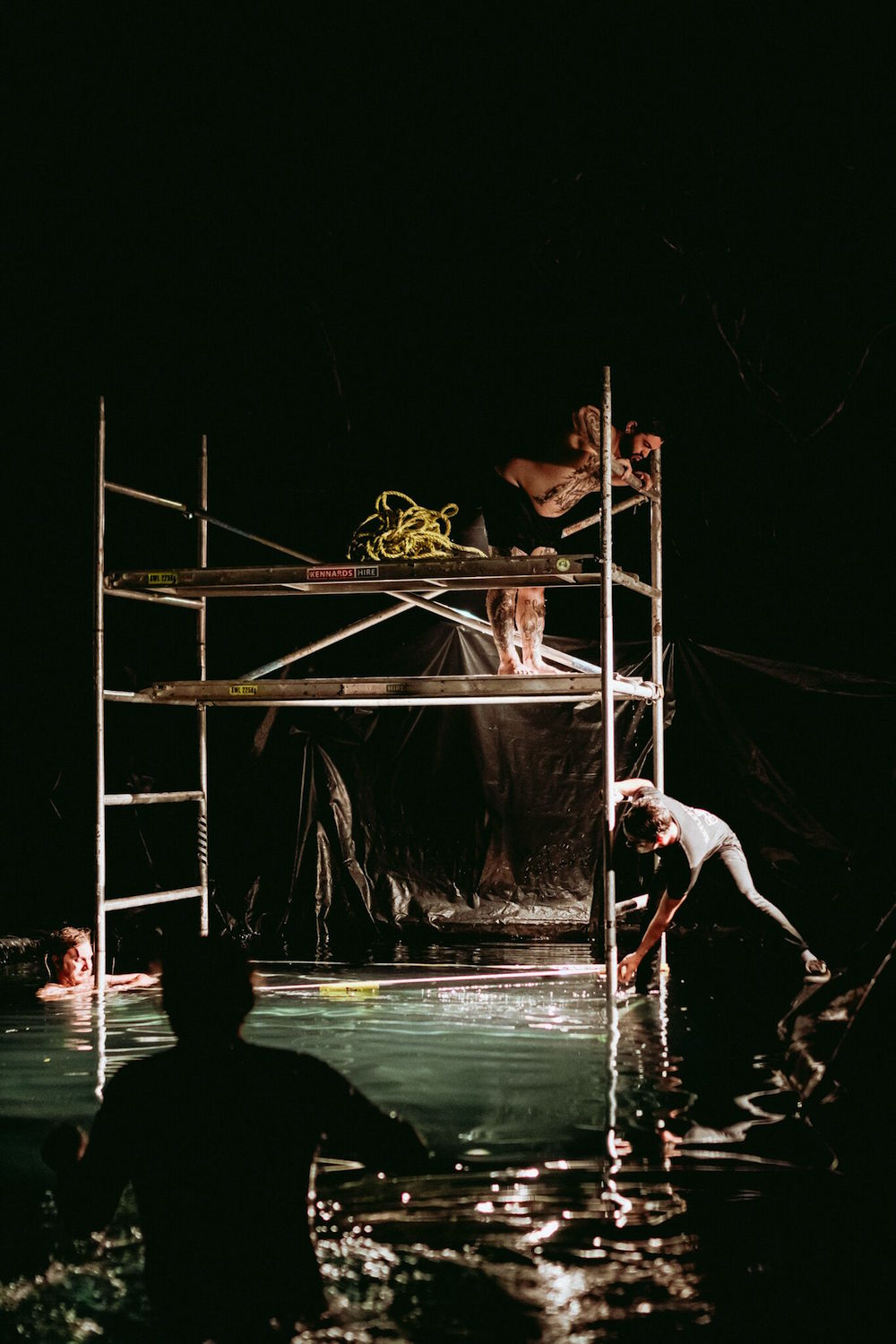 This is the part of the night we were all dreading; assembling scaffolding in a pool at 2am and getting the shots done before sunrise. Safe to say we were busier than a one-armed brick layer in Baghdad. We had to take pieces of the scaffolding out so they wouldn’t be in view of the camera making our scaffolding more shaky than a tickle me elmo.

HANGING JOHN (IN A GOOD WAY) 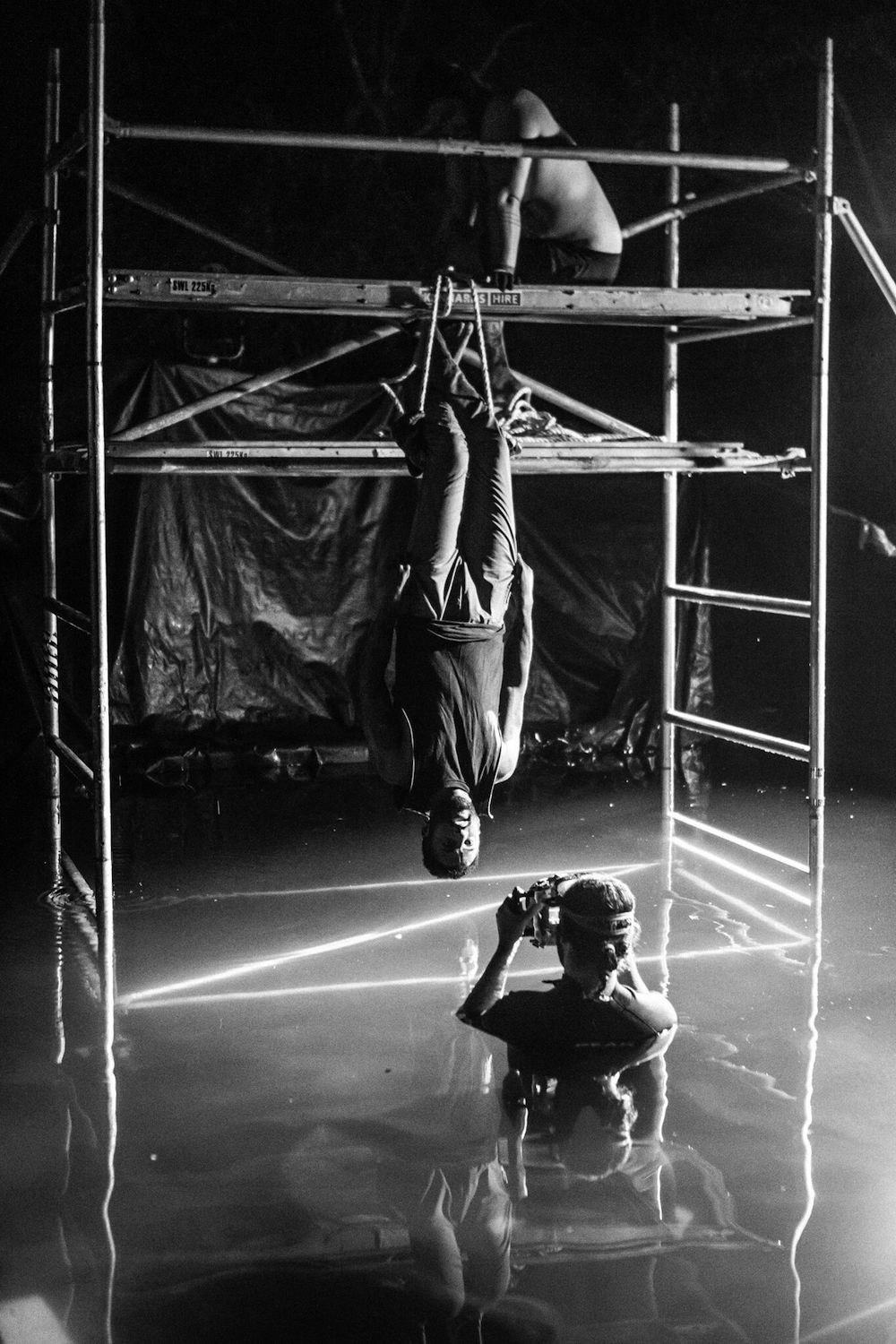 The original idea was still to put John upside down in the pool and then in the editing stage, flip the video so as he goes further into the pool, the water is lowering down over him. John was an absolute power house and if it wasn’t for his superior physique and peak fitness, the scenes may not have made it. He hung out like a champ, said some cool shit and fell into the pool for most takes. 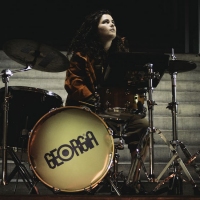 Georgia: "There is talk of me coming to Australia, I really hope it happens!"We caught up with the London producer/drumming sensation to talk her latest single, Feel It. 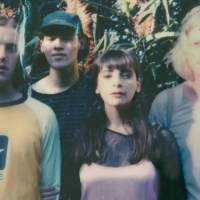 IV League sent us the Ultimate Girl Power playlist to celebrate new single, SylviaThe alt-pop four-piece have a heap of shows coming up too.