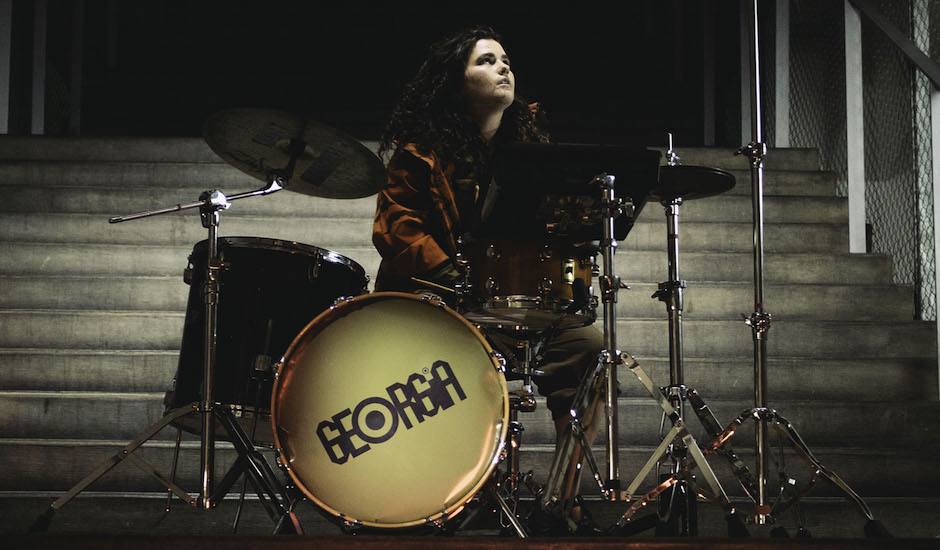 Following an eventful 2016, multi-instrumentalist, producer and songwriter, Georgia has come to a lot of people's attention down in Australia following the release of her heavily rotated latest single, Feel It. While the single itself is an energetic burst of afro-infused electronic-pop, the video clip has been received with equal rapture, featuring a heap of bad-ass women playing the drums. She's been killing it all over Europe this year, most recently wrapping up a huge tour support with The Flaming Lips, and we caught up to talk Feel It, along with the possibility of a trip down under some time soon.

First up, congrats on your latest single Feel It, a track and video clip that feels even more prescient given it was recently International Women’s Day, how has the response been to both?

Thank you so much. It's been great. I mean it seems to have done really well in Australia which I'm over the moon about, and now we can come over and play! I got such fantastic responses from girls all over starting up in music and them saying that the video and song inspires them, which is exactly what i wanted. It's a crazy time for music videos at the moment, a lot of artists now are creating videos on their iPhones and directing themselves, which is cool, obviously not great for directors starting out. We had to try and create a video with a small budget and try achieve the feeling that we wanted, which meant a lot of work but I think what we did was really good and something I'm proud of. So this has inspired me for future videos.

It’s such an important time for women in the music industry, and equality and encouraging girls to feel like they’re welcome in this space is obviously a big part of the track/video’s message – what’s been your experience in music – from being a young girl up to now?

It feels like an exciting time for women in music, especially those behind the scenes working in studios etc. It feels like finally they are being recognised as equals. I wanted to highlight this in my video for Feel It and I hope it inspired/encouraged girls to do what they want to do, if that's picking up sticks and playing the drums. I have had a great experience in music so far but I have forged my own path, and maybe that's an important factor. Of course along the way I have encountered bad vibes and time wasters but that helped me in my path. I guess I have always tried not to be scared to go for what I want, that's easier said than done sometimes, but I think it's important to do what you want because if you don't who's going to do it for you? That's what Feel It is about.

For those of us over in Australia who may not be fully across you yet, can you tell us a bit about the project – you’re a multi-instrumentalist, with a big focus on the drums right?

I'm signed to Domino Records and based in London. I write my own music, produce it, mix it and perform it. I have been writing music and exploring production from an early age, I wanted to be self-sufficient so I could do it myself. When I write my music I'm very much in control of it all, sometimes I can be in the studio for days working on one sound. I'm obsessed with production and wanting to create a sound that's unique, so when people hear my songs on the radio or wherever they know that's Georgia. Drums are my love and my identity - it's how I grew as a musician in London and it opened up many doors for me. Georgia is my name and it was natural to go by that. The music is inspired by London, and all the stories that entails. The industrial landscape inspires my production, it's electronic music with pop overtones and dirty.

How does the project work in the live setting?

I have another fantastic musician controlling all the samples and playing keys, and this allows me to play the drums and sing, and occasionally come out to the audience to sing. It's quite an explosive sound, we have worked hard at it, it's still a work in progress but the response has been really exciting. I guess the focus is that I play drums and sing. Can't wait for you guys to see it!

You just wrapped up a tour with The Flaming Lips, what was it like?

It was definitely our favourite tour, not just because the shows were great but because we felt like part of their family. I feel like I have made new best friends as a result. I realised it was such a successful tour because The Flaming Lips made it so comfortable for us, which in turn made me feel like I was thinking about the whole show experience for the audience as opposed to two separate shows. Wayne and I are talking constantly and actually working on writing some music together which is really exciting.

They are without a doubt one of the best live bands I have seen, and it was such a pleasure to see them play every night and witness their incredible musicianship as well as theatrics and positive atmosphere. It was incredibly inspiring for all of us, and one that I will never forget.

Keeping in line with legendary artists, a little bee told me your dad is Neil Barnes from Leftfield – has there been any key lessons you’ve learnt from him?

Thats right he is. Well, he's sort of the reason why I'm doing what I'm doing; he let me be around Leftfield from a very early age, and I realised it was the profession I wanted to be in from an early age. I liked observing all the different roles in the studio and also in a touring crew, I saw how much work it took to make a good album and a good show, and I think I was fascinated by it. The band took me on stage when they were playing T in The Park (Scotland) like 20 years ago, I was like 6, I stood in front of thousands upon thousands of people and said to myself “I want to do this”. I remember actually liking how frightening it was! I think maybe I'm an adrenaline junky haha!

Your debut album was released in 2015, are you working on a follow-up at the moment and if so, how’s it going?

Wow, 2015, still feels like yesterday when it came out! It was such a hazy time for me, I still can't fully remember that year. The new album is going great. This time I'm not totally alone in the studio, which has been a great learning curve. My goal after finishing the first album was to make sure that the next one was a step up in songwriting and production and I feel that's happening. I just want to get better and better, it's so great being on a label like Domino Records because they are fully supporting me in this process. That is important to me.

What’s going on for the rest of 2017, are we going to get to see you in Australia soon?

There is talk of me coming over, and I really hope it happens! It's always been a dream to play Australia, let's all make it happen! The rest of 2017 is all about dropping new music - we have festival dates and live shows after the summer, all to be confirmed. But my concentration is fully in finishing the new album. I wanna finish it so I can share it with you all as soon as possible. 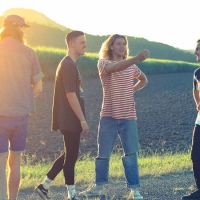 Pro Vita talk pits and parties ahead of their debut WA showsThe Sunny Coast four-piece are playing three shows over our way this weekend. 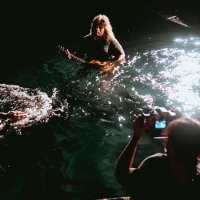