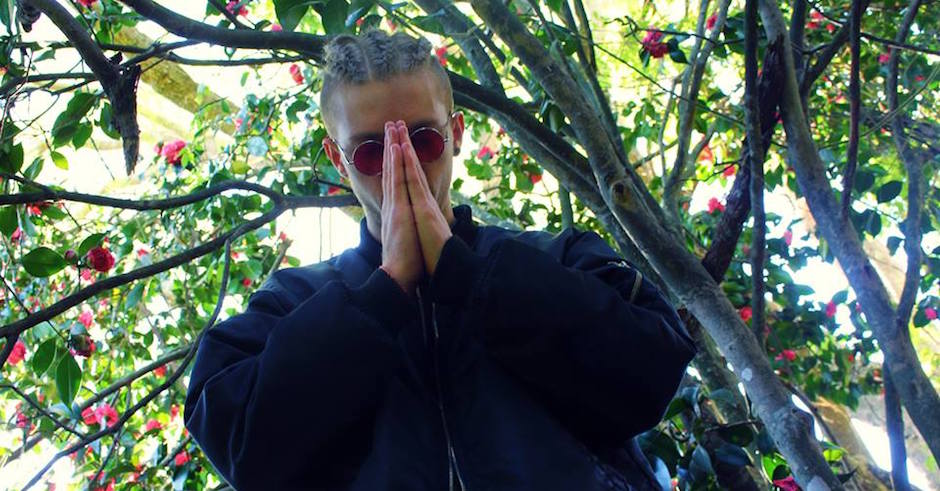 At this juncture, a considerable amount has been said of the 'New Wave' in Australian Hip Hop, led along by artists such as Allday, Baro, Midas.Gold and more. But, for all that has been said thus far, there still remains a considerable amount of local artists still yet to strike it gold on the mainstream despite their talents. Is it any wonder, then, that Australia's hip hop scene is slowly beginning to collect a reputation as the real 'New Toronto' — homaging the mainstream success of the Canadian hip hop scene in recent years.

One artist yet to recieve his due mainstream attention is, without question, Sydney talent Tyrøne who, after some setbacks, has returned to lay his claim once more on the future success his talents promise that he will earn.

"I've been rapping forever. I'm 23 [and have] been properly in the industry since i was 18 and got signed to an indie under Ministry of Sound in a duo," Tyrøne says, "But it fell through. I wasn't happy and I was doing most of the writing, so i got out of the contract in 2012 and [have] just been really low key since then until the end of 2015."

Of his own personal sound, Tyrøne continues, "I've always made trap music and 'southern hip hop'. My biggest idol is Ludacris, he made me want to rap. And then these days I look up to guys like Travis Scott and Gucci Mane. I'm half American, my dad lives in Texas so I have connections to that as well."

It's little wonder then that Tyrøne's latest releases recall many of the recurring attitudes and themes found within the aformentioned Houston talent Travis Scott's own music, thrusting Sydney's Tyrøne forward as a talent with extraordinary promise and talent, poised to take the country's scene by storm.

"I really just see this as a timing thing. I've always made this music, but Australia wasn't ready [before] but i feel like now it's the perfect time. We seem to be at a place where this music that the world loves can be accepted by Australia, so hopefully we can get bigger and put our country on the map, because that's the main goal. I'm not focused on cities as much as I want the world to know Australia makes dope music and we have shit going on here," Tyrøne announces, "Real dope shit..."

With all of his promise, what better time to shine a spotlight on the talents of Tyrøne and, once again, the future of Australian hip hop.

The opening track to the Sydney act's latest mixtape, titled 3, woozy, bass-heavy OTE finds Tyrøne airing out some grievances and exploring his frustrations and calling out 'fake friends' in the industry. Of the release, the 23 year old himself says, "OTE is basically about how I feel about the last few years. I've let alot of poeple into my house to record and helped put rappers on and it seems appreciation is lacking in Sydney, so I just had shit I needed to get off my chest."

"Like Dis is just a fuck-around, boppy fun track, something to ride to," Tyrøne says of the mixtape's second track, with the release indeed recalling the debonaire, carefree revelry of artists such as Travis Scott, with the production recalling that of frequent Drake collaborator Future. Defining the term 'turn up' in calling out the true joyousness of trap's capabilities, Like Dis is an enjoyable glimpse into the Sydneysider's abilities as a solo act.

Already known in the industry for his willigness to speak openly about his troubles and his concerns, particularly within the industry, Tyrøne once again opens up on Bitch Please to speak openly to his fans and the industry around him while utilising his abilities to bend his vocals and flow around the production on offer, "Bitch Please is just gettin more stuff off my chest; situations with girls, plus all the lames I see all over the net all the time."

Of course, just because others might not have caught on to Tyrøne's talents yet, doesn't mean that the artist lacks any confidence in his own abilities. Indeed, while the so-called mainstream might yet not be proportionately familiar with Tyrøne, the Sydney act's fellow artists cannot be accused of an unfamiliarity with the young man himself., and this may well be by Tyrøne's own design. "Murder is just letting rappers know that I kill beats."

Tyrøne might well have saved his very best for the closing track to 3, recalling the best releases of artists such as Yung Lean while stripping back his bravado and speaking honestly. While the honesty may not, necessarily, be new to hip hop, it certainly seems to be absent to this extent in Australian hip hop's 'New Wave', as good as many of Tyrøne's fellow artists may be. The accessibility of Sick of It is enhanced further by Tazzy's tremendous input, perfectly accompanying Tyrøne's vocals and threatening to steal the entire show away. "Sick of It again is just a venting song about life and me being over it. I had a bit of a downer time getting back my passion for music, so I wanted to get all that on to record. I try not to just talk shit on every song [because] it's boring. I like having content and things that people can relate to in my tracks, but hopefully my music will not always be so depressing."

As good as 3 is, loose cut At The Door is one of the artist's better communications of his sheer potential, with the bare bones of a radio hit all laid out in this catchy, dreamy release, simply waiting for the right ears to hear it. "At The Door is just about the feeling of wanting to do bad things, but trying to not always give in to the temptations."

Now, celebrating Turn Up Friday's latest partnership with Sydney's Tyrøne, we present the rapper's latest release, oozing with all of the attitude, confidence and talent that assures it is only a matter of time before Tyrøne catches the attention of music lovers across the nation. "I just made it today, I felt like dropping something kind of random. I do that a lot; 3 was heaps random, I didn't intend to drop it [but] had a bunch of songs and then just thought I wanna do a few mixtapes [and] make it simple, I'm gonna try to get 3 out before the end of the year, 3,2,1 and then a proper EP, so i just dropped it."

With the EP on the horizon, and two more mixtapes on the way, there is surely not a better time for Australian music fans to acquaint themselves with Tyrøne and his considerable talents. 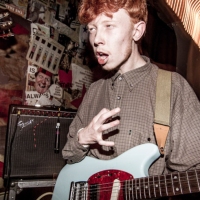 King Krule reappears as The Return of Pimp ShrimpArchy Marshall has a brand new name on latest musical release. 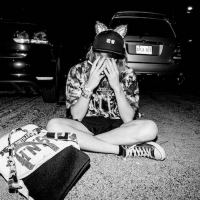