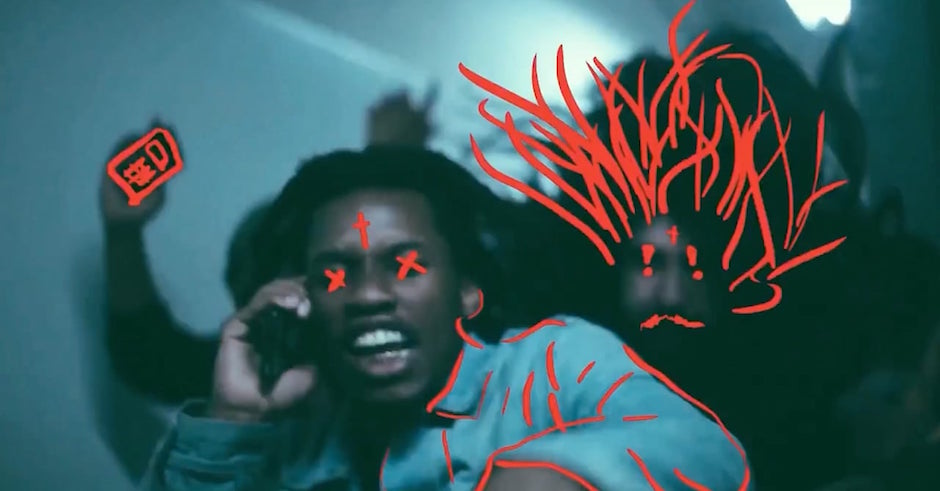 If XXL Magazine can have its Freshmen list, why on Earth can't Turn Up Friday have its own Heat Seekers list. Okay, full disclosure, this is nothing like the XXL Freshmen list. Instead, consider Turn Up Friday your finger to the pulse of hip hop, bringing your attention to some names both crying out for shine and destined to blow up. With names like Drake, Travi$ Scott, Mike Will Made-It and… Shaggy… As co-signs, consider this your introduction today to the sounds of hip hop tomorrow.

This is heat seekers.

It's a shame that the biggest claim to fame for Canadian act Ramriddlz is the remix to this track featuring Drake, given how infectiously talented the genre bending act truly is. With the release of his Venis EP, from earlier this year, still gaining some traction, Ramriddlz might yet prove capable of stepping out from the immense shadow cast by the Drake co-sign. And, even if not, fans of the artist still have a lot to look forward to as he continues to put in work, splicing a sense of humour with a keen ear for a party starting beat and some serious charisma. It takes some kind of talent to pull off such lines as “she’s a screamer, she can handle my wiener” without sounding depraved, but Ramriddlz handles it with ease on Sweeterman.

Having been discovered, and signed, by powerhouse producer Mike Will Made-It, Eearz comes ready made with some pedigree and swung for the fences on debut EP Eearz 2 da Streets, vol. 1, released in 2015. Clearly Mike Will was aware of what he had on his hands, and as the new year came into effect, the pairing stripped this single from the EP and re-released it in June 2016 as a taste of something bigger to come from the Atlanta rapper. Infectious dancehall reminiscent hook leading the way, Ride Shotgun might well prove to be a sleeper hit, especially as Eearz prepares to set out with fellow Mike Will discovery Rae Sremmurd for a US tour this year.

Without making any outlandish, unfair comparisons, who does Maryland rapper Jay IDK remind you of on 2016 single SOMEBODY, taken from upcoming album Empty Bank (due August 26)? If you answered with a certain Compton rapper by the name of Kendrick Lamar, you would be well on the money, and that similarity is high honour enough at this point given Lamar’s reputation in hip hop. Not to be ignored, however, Jay IDK is far from an imitation act. Describing himself as “bridging the gap between Gucci Mane and A Tribe Called Quest”, the up and comer flexes such a distinct personality in his flow and rhymes that it seems surely only a matter of time before he becomes more of a household name. With Empty Bank so close on the horizon, perhaps that time might yet come sooner rather than later.

Australian audiences are set for an opportunity to feast their own eyes on Denzel Curry later this year and still, in many ways, aren't properly prepared for what they can expect. Despite being named an XXL Freshman only earlier this year, the Florida native is by no means new to the hip hop game, having briefly been a member of SpaceGhostPurrp’s Raider Klan, caught the ear of some Odd Future talents and even released a mixtape earlier this year led by a Rick Ross featuring single. Despite all that, Curry is still only now beginning to find some mainstream shine, with 2015 single Ultimate seeing a recent resurgence among hip hop listeners - and for good reason, too, with the track perfectly showcasing the very best of Denzel Curry's sound.

Much like Curry, Robb Bank$ is a Florida talent yet to receive his due shine and attention, despite having built a solid body of work over the last couple of years. Reportedly the oldest son of Shaggy (yes, that Shaggy), Bank$ is as confident as he is competent tackling a bass-heavy trap beat and an aggressive leading hook. Known to pepper pop culture influences, particularly those of Japanese anime, into his music, the blueprints for success are all there for Robb Bank$ - as aptly evidenced on 2016 single BETT, a song that should repel and sound repetitive. Instead, Robb Bank$ turns the track into a hard jam, with all the potential to get a party well and truly jumping. Though still to get proper dues, much like the others on this list, it's only a matter of time for Robb Bank$.

After blowing up thanks to an assist from Travi$ Scott on single Uber Everywhere, Atlanta’s Madeintyo has since proved he's far from a gimmick, or one hit wonder. The young man behind the *SKRT, SKRT* ad-lib is preparing an official EP, You Are Forgiven, due August 20, led along by 2 Chainz featuring single I Want. Rich in bass and Madeintyo’s charisma, it says a considerable amount about the young artist that he manages to get one of the best verses in some time from 2 Chainz, turning in a single oozing with hit potential and brilliantly showcasing Madeintyo’s talents as a solo artist.

Another artist slowly beginning to gain traction in the hip hop world, 24Hrs is another genre bending artist, balancing elements of R&B, hip hop and dancehall through his catalogue of releases to date. Having grabbed the attention of OVO Radio earlier in the year with the release of Open EP, 24Hrs is yet another talent to emerge from Atlanta who is worth keeping an eye on. What might yet set him apart, however, is his ability to spread his talent, somehow managing to balance work as producer, DJ, singer and rapper with considerable ease. Though perhaps even lesser known than the rest of the artists on this list, given his extraordinary talents in multiple areas, 24Hrs could well turn out to be the most successful of them all.

Premiered via The Fader earlier this week, the latest from Virginia hip hop act Jawnii-Abhi is a bubbly, infectious hit in the making, finding Abhi delivering his sing-song, reggae reminiscent flow over spacey production. From humble beginnings in a small town in Virginia, being introduced to hip hop via his fifth grade girlfriend slipping him a Ja Rule CD before embarking on a journey of musical and self discovery, including a year long stint in India, Jawnii-Abhi is a unique talent offering an equally unique perspective to the genre of hip hop. Flip Phone is as good an introduction to the up and coming artist as anything else, and may yet find some popular attention as the year continues on. Though it’s early days, Jawnii-Abhi has all the talent and the intrigue to set himself apart yet. 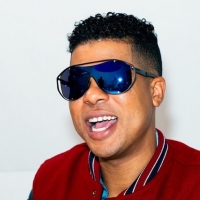 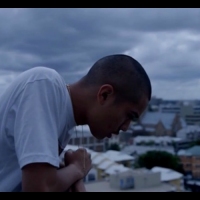