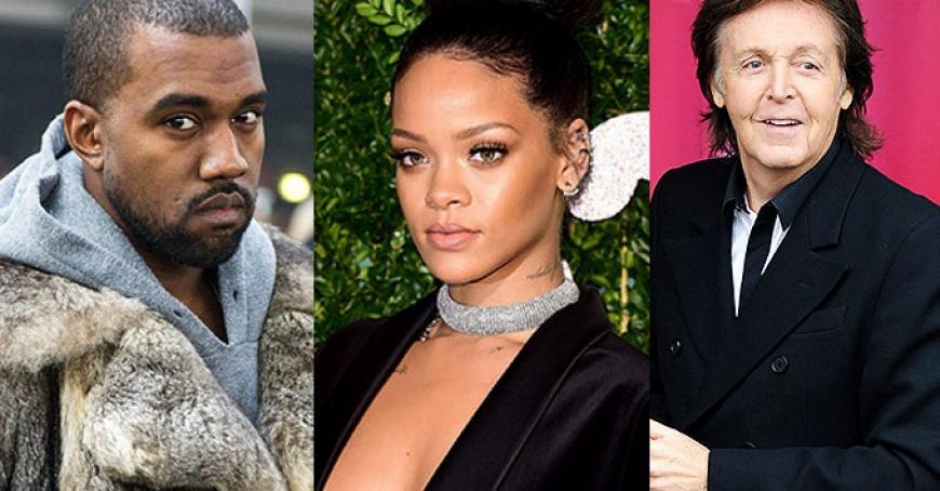 Rihanna, Kanye West and Paul McCartney let loose the track they've been working on today, FourFiveSeconds, with recent Perth visitor Ty Dolla $ign on production credits. Ty Dolla $ign had previously discussed the collaboration, after Kanye’s Only One, but the drop of the track today, in a tweet by Rihanna (who needs a complex media release when you have 39 million followers and 100 characters will do?), was a surprise to everyone.

A stripped-back number, the track features guitar from McCartney, and has a sort of...country-tinge, without a drum beat in sight. It highlights Barbados beauty RiRi's powerful vocals, which are layered severalfold, and get a lot more shine than her club bangers usualy allow: 'Now I'm four, five seconds from wildin'/And we got three more days 'til Friday.'

Meanwhile, Yeezy also sings, rather than raps: 'Woke up an optimist, sun was shining I’m positive/ Then I heard you was talkin’ trash/ Hold me back I’m bout’ to spaz.' Retrospectively, we now know that this was the track that Kanye recently previewed the track for the crowd at the iHeartRadio Media Summit. Other collaborators credited on the song include: Kirby Lauryen, Mike Dean, Dave Longstreth (of The Dirty Projectors), Dallas Austin, Elon Rutberg, and Noah Goldstein. That's a lot of cooks in the kitchen!

West and Rihanna are no strangers to working together: they have put in work previously on the Jay-Z song Run This Town, from Blueprint 3, and Rihanna also sang the hook on All Of The Lights, from Ye's My Beautiful Dark Twisted Fantasy. McCartney helped Yeezus write a song just before the New Year, too: The Only One (listen here), a tribute to West's daughter North, also witness McCartney on keys. There's no word as to how many more McCartney / Kanye (/Rihanna) collabs are to come, if any. McCartney's been brancing out lately - before these big time collabs, he made a contribution to the soundtrack of Destiny, one the biggest selling video games of 2014.

This one, however, should crop up on Kanye or Rihanna's new album, which are both set to drop this year - like Rihanna's, given how much she's been going on about her "killer team". It's been nearly three years since Rihanna's last release, Unapologetic (November of 2012) but Rihanna has assured fans the anticipation will be worth it.

Not sure how we feel about the cover art for the track, but with the combined star power of these three, denim covered guitar sales are sure to hike up. Stream below. 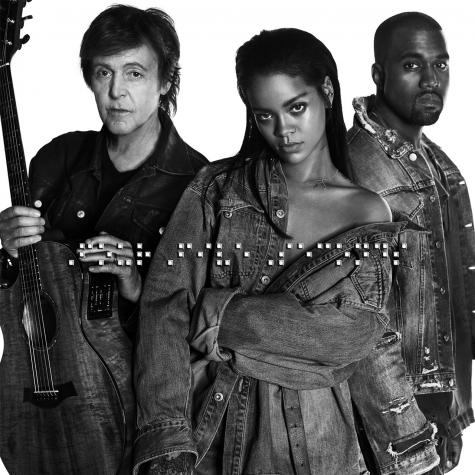 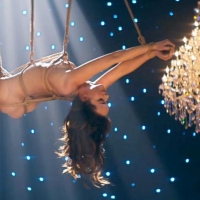 Watch: The Weeknd - Earned ItDaaamn. The Weeknd's new video for 'Earned It' is about as NSFW as they come. 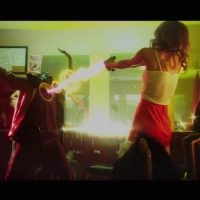 Watch: BADBADNOTGOOD & Ghostface Killah - Ray Gun feat. DOOMRay Gun gets a clip that looks like a movie I'd damn well sure to watch.
Rap / R&B