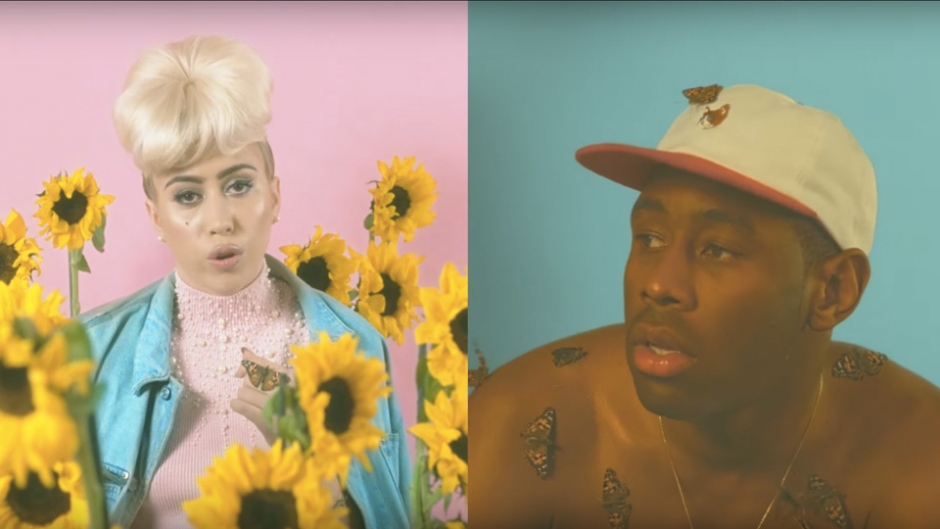 Directed by Tyler the Creator (although credited to his alter ego Wolf Hayley), Perfect is the latest video clip to come from Tyler's CHERRY album, following the release of the double-header video for Fucking Young/Deathcamp back in April last year, and Buffalo later in the year. Ridin' Round rapper/singer Kali Uchis, who features on the track (along with guitarist Austin Feinsten), also stars in the video - Tyler and Kali sing on simultaneous split-screens (Kali's is pink, Tyler's is blue) and Tyler is covered in (real!) butterflies, while Kali, who rocks a 60s style beehive hairdo, is framed by sunflowers. Guitarist Austin later joins Tyler to strum a few bars in his blue box. It's a sweetly simple, and - what with all those pastel hues - it's an unsually soft/gentle offering from Tyler, who usually goes for something a bit more out there with his clips, such as the bleak, politically-charged Buffalo, where we watched a white-paint coated Tyler hang from a tree before later transitioning into the set of a '70s television show.

Interesting to note the recurring use of 'boxes' as a theme that connects both videos - in Buffalo, Tyler literally inserted himself into 'the box' (TV), and in Perfect, he's boxed a relationship into two squares. Previously, Tyler's also rapped about his being outside the box: on Wolf track Colossus, he sings: "In school I was the one thinking outside boxes / So everybody in them would say that I got problems," and he's spoken to the press of the Buffalo video being his way of reacting to defy people who want easy categories: "I just wanna show everybody that, hey, I love music. They try to pigeonhole me in this rap box, and it's like – no, man, I love sound!". 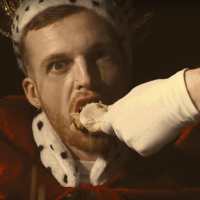 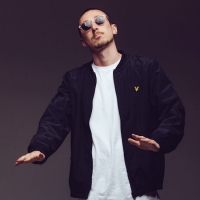 Five Minutes With The Tongue: "We are in a fully-fledged war with the fun police."2016 is all about the "hustle", says The Tongue.
Rap / R&B