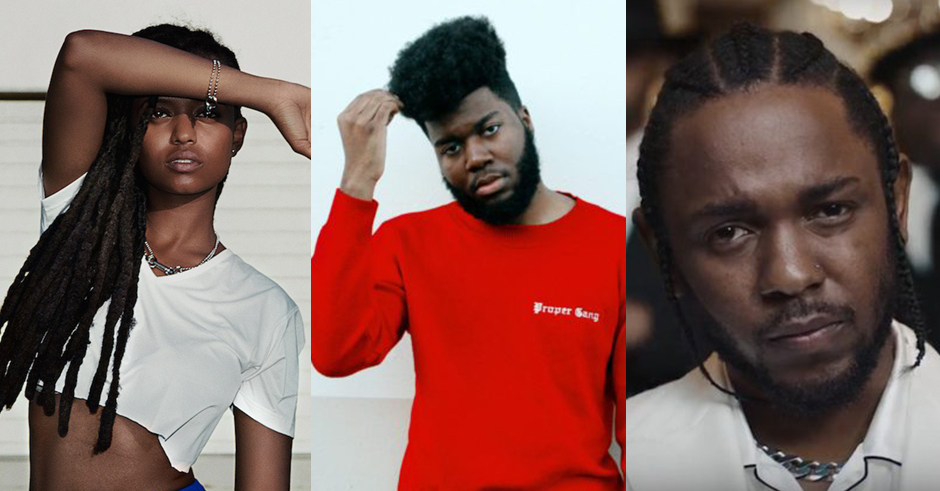 Over the past few decades, trends in music culture have disappeared as quickly as they rose, but four categories have always held steady – pop, rock (and its indie-rock sub-genre), hip-hop and most recently, electronic. Pop music (and its largely female-led contingent of ever-present heavyweights – Taylor Swift, Katy Perry and Lady Gaga among them) has always held a stronghold over both the ARIA Charts and those abroad, with rock, electronic and hip-hop seemingly going through waves of alternating popularity. In 2017, however, pop music has been more-so restricted to the up-and-comers, with names including Lorde, Dua Lipa, Camila Cabello and Alessia Cara stepping up and taking over as the more chart-dominating names are either out of album cycles (Rihanna, Beyoncé and Lady Gaga) or experienced 'flops' – i.e. albums which didn't perform quite as well as commercially expected.

While Lorde, Lipa and Cabello have all become stars in their own right (and good on them, their respective singles and albums are some of the best on the market right now), this absence of multiple successful, large-scale pop names have allowed genres like hip-hop and R&B to rethrone themselves as both commercial and underground powerhouses, leading the charts both here and overseas while also allowing some of the most exciting emerging names in music to gain ground. The 2018 GRAMMY nominations, released this morning, are reflective of this, with Lorde (and Bruno Mars, depending on how you class his music) being the sole pop-leaning acts nominated for the prestigious Album Of The Year. Kendrick Lamar, Jay-Z and Childish Gambino take up the other nominations, with the former two leading the most nominations tally.

So, how did we get to the point where for the first time ever, hip-hop's influence on the commercial music market has left us with zero white males nominated for Album Of The Year? Some of hip-hop's biggest current names all dropped career-best albums this year (Kendrick Lamar with DAMN., Vince Staples with Big Fish Theory, Drake with More Life and Tyler The Creator with Flower Boy notably), while others, such as Eminem, are teasing forthcoming album releases with singles and snippets of new music. Similarly, DJ Khaled – love him or hate him – made some incredibly radio-friendly hip-hop music with names like Bryson Tiller, pushing these artists into the Australian commercial limelight to release their own successful singles here.

Notice anything about the 2018 Grammy nominations for album of the year?

This is the FIRST TIME EVER no white guys have been nominated. EVER.#GRAMMYs #GrammyNominations

Then there are those artists who up until now, just failed to make a significant push in the Australian market (despite being extremely popular in the US). Migos, although established names in the US, left their mark on the Australian charts with Bad And Boujee and guest features for Calvin Harris and Katy Perry, plus Quavo's plentiful features for names like Post Malone, DJ Khaled, Drake and Liam Payne. French Montana, despite having a plethora of commercially successful singles in the US, had to wait until this year's Unforgettable to break into the Australian market. Same goes for American rapper Logic, and his Alessia Cara and Khalid-featuring break-out 1-800-273-8255. A similar thing also applies to the UK. While Skepta may have led the grime revival last year, Stormzy, Giggs and others have all capitalised on UK grime's international spread to become festival favourites – particularly Stormzy, who has featured on a few of our festival line-ups for this and next year.

This hip-hop assault on international music markets has also helped in the rise of some of hip-hop's most exciting 'next-gen', many of which became 2017's biggest success stories. In September, Cardi B's insanely catchy Bodak Yellow beat out Taylor Swift to capture the first Billboard #1 from a solo female rapper since 1998, with the world now watching for her highly anticipated next move. Lil Uzi Vert, another rapper initially dismissed as a 'meme-rapper' when he featured on Migos' Bad And Boujee, also become a commercial success with XO TOUR Llif3 – his ARIA-charting break-out single. Lil Pump is currently charting in Australia with Gucci Gang, BROCKHAMPTON have become one of the world's biggest 'boy bands' with their Saturation trilogy and then there's Post Malone. Although his debut album Stoney was released last year, in 2017 Post Malone has become one of the biggest success stories of hip-hop – even in the hard markets of Australia. Congratulations, his Australian break-out single, is still lingering in the charts despite being released over a year ago now (it's 5x platinum in the US, and 2x platinum in Australia), and Rockstar, which features another 2017 break-out in 21 Savage, peaked at #1 and is now sitting at #2. I Fall Apart, his latest single, is currently sitting at #3 – so Post Malone currently has two of the three highest-selling singles in Australia right now. His forthcoming new album Beerbongs & Bentleys, set to drop next month, is anticipated to effortlessly glide up to become the number one album in Australia, whether you agree with his recent comments on hip-hop or not.

When we move into the realm of R&B, this hip-hop expedition to the top becomes even more prevalent and, except for Khalid, it's all thanks to the girls. SZA is an obvious star of 2017. Her debut album, the long-awaited Ctrl, is critically and commercially acclaimed, making the sole TDE woman one of the year's biggest (and most-loved) break-outs (she also just scored five GRAMMY nominations including Best New Artist with Khalid – which is absolutely huge for someone in their first year). Kelela is in a similar position, with her forward-thinking and inventive debut album Take Me Apart becoming a cult, critical hit and landing her on a heap of end-of-year lists thus far. Syd – frontwoman of The Internet – also found critical acclaim with her debut album Fin, as did Kehlani with SweetSexySavage (which peaked in the top three in the US), ABRA and a whole heap more. On the UK front, Jessie Ware's third album Glasshouse was a big hit, and then there's Jorja Smith – one to watch in 2018 – whose latest single On My Mind has become one of 2017's most-loved (and most-played) after guest-appearing on Drake's More Life record not once, but twice (Get It Together and Jorja's Song).

Khalid is another name worth mentioning here. At the time of writing, Khalid has two singles in the ARIA top ten, with a guest feature at 16, another at 26 (with SZA and Post Malone, no less), as well as another single at 47. Young, Dumb and Broke, which currently stands at #7, has gone twice platinum in Australia, peaking at #4 (and #1 in New Zealand). Similarly, Location – released last year – currently still sits in the top 50 and has again, gone twice platinum. There's no denying that Khalid is one of the biggest names on the market at the moment, and there are no doubts that he'll continue to be a front-runner for R&B in future years.

So, where does that leave us Australians? One thing that might've jumped out in this feature is that every name is either from the US or the UK. That is because, unfortunately, Australian hip-hop and R&B is really yet to cross-over to the US outside of Iggy Azalea, who I think we'd all rather forget. However, Tkay Maidza is getting very, very close, teaming up with US hip-hop icon Killer Mike as well as producers from the US and UK and, as we previously spotlighted last month, the next generation of Australian hip-hop are all incredibly unique and poised to do great, great things – just look at Manu Crook$, Sampa The Great and Miss Blanks, for example, who I all see having the ability to cross into the US hip-hop market within the next few years. In the meantime, let's just keep looking forward, and see where Australian hip-hop (and international hip-hop) takes us in 2018 after what has arguably been their most significant year in over a decade. 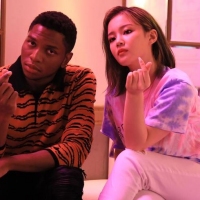 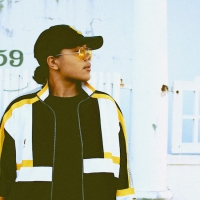