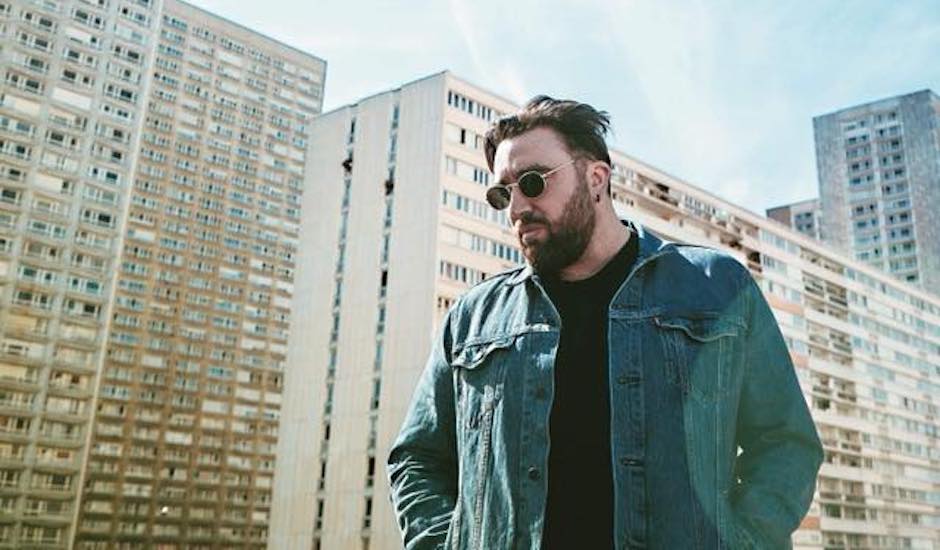 Melbourne-based R&B artist Blasko might just be the next Hayden James, and below lies the proof in that particularly sexy pudding - his new mixtape Blasko In Love Pt. 1. Never has the phrase "baby-making music" been more appropriate than for this silky smooth seven-track release. Lush, soulful future R&B sounds, wonderfully perfect vocal collaborators, the upbeat housey moments littered throughout... It packs a lot in across those seven tracks, and we're stoked to share a little behind the scenes look at their creation courtesy of the man himself.

Check it out below:

The idea behind this song was to make it sound like I am reading directly out of my journal. Melodically in the verse I wasn't looking for structure, it was all just real feelings at the time.. The chorus pretty much explores my mind of uncertainty. I love the idea of loving someone or something so much that you actually hate them/it.

This was the first song behind this mixtape! I just learnt how to sample vocals on my midi keyboard, so I pressed record and all I could think of was the phrase "Crystal Smoke Filled Eyes". I chopped it up and started thinking about a concept and I kind of thought myself as a fortune teller, you know when they look into the smoke filled crystal balls? Except these crystal balls were her eyes and my future was unfolding in them.

I was listening to Tupac and I had just watched Basketball Diaries with Leo DiCaprio and Markie Mark the night before. I was in a serious late 80s/90s mood. I love poetry, not just lyrically but sonically also, so as I was making the beat, the track itself unfolded as rather poetic. I just started asking "Can I have poetic love with you girl?" (I'm still waiting for a response by the way). I wanted the song to represent a very sensual time in my relationship; the music kind of took me there by itself!!

This song will always be called "Remix Love" to me. I sent Tentendo (who's my 50-50 in all of this) Poetic Love so he can add his sexy snare sounds to it; about an hour and a half later he sends me back Poetic Love with his added snare and then says "Hey bro, I made another beat from that beat”. So hence the title Another Love, because it represents "another" version of "Poetic". Also on a side note, I actually wrote this chorus when I was 18 years old at my singing teacher's studio. I always knew it had legs (I have that original recording from 10 years ago...you can have it if you ask me nicely).

Tentendo and I were listening to Girls That Dance by Masego, we instantly said, "we need to make a tune like this". This is where the Trappy Jazz, Electro thing came into play for the tune. Lyrically, I had just done something in my life that kind of opened me up with someone who I was in a "closed" / "marital" relationship with. No more needs to be said. Just listen to the lyrics carefully and you'll understand.

The concept of this song is one of my favourites!! It was - just like Intro(lube) - written as a journal entry, with no structure or resolve, it's just kind of there. I don't think a lot of things actually end, I think they just fade away, and anything that fades out can always fade back in - hence the name. My favourite line in this song and probably my fav line I've ever written is. "Stop, cause I'm always thinking about you, Don't stop, cause all the music might end too", so it pretty much means, you are hurting me, but if you stop, so will my inspiration. So maybe lets just fade out for now, until we work out a way to fade back in.

All I wanted to do with this song was express my deepest emotions toward the one person in my life who has made me feel like I truly belong somewhere. She knows who she is! I actually wrote this song whilst finishing up a phone conversation with "said girl" and then cruising in my best mate's car, and this random instrumental came on after a selected song on Youtube and I just started singing over it. I didn't even need to write the song down, it was just there inside of me, as this special woman still is today. So cheesy I know, but it felt really nice to find a home in someone else (even if it was for just a short time, I will forever be grateful). 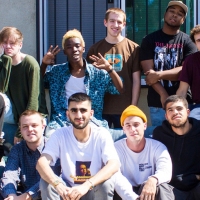 Listen to two new singles from BROCKHAMPTON ahead of Aus tourThe "best boyband since One Direction" will be in Australia for Listen Out and a pair of debut headline shows this September. 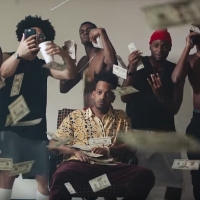 Atlanta rapper berhana grapples with fame and fortune in the cinematic new video for Wildin'The film clip looks like it could very easily be an episode of Donald Glover's Atlanta.
Rap / R&B