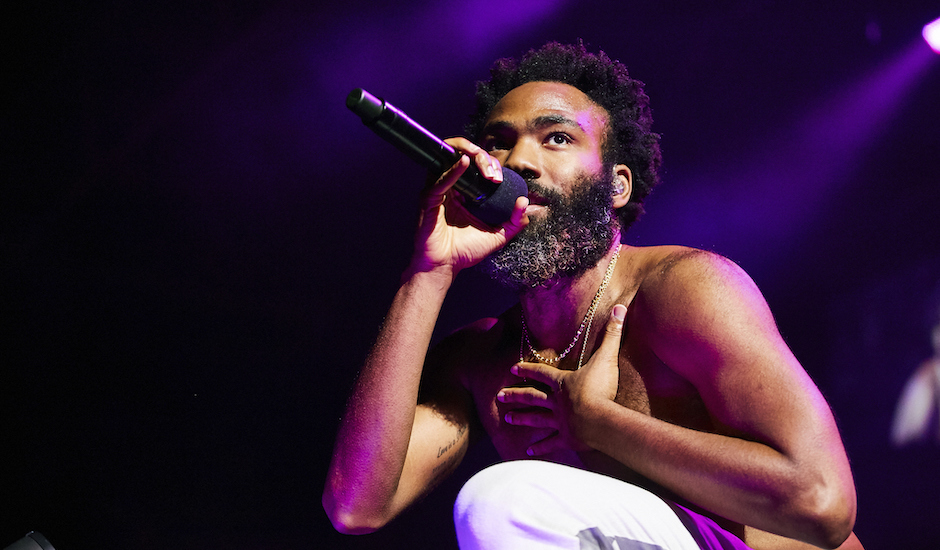 "Get off your phones, this is a church," yells Childish Gambino - the heavily-acclaimed and adored rap project of Donald Glover - just minutes into his show. It's his first show in Perth for four years (he cancelled his slot at the West Australian leg of Falls Festival to attend the GRAMMYs, and his headline tour scheduled for last November was postponed due to a foot injury), and Gambino isn't here to put on a show, he says, he's here to give you an experience.

Bookmarked by his 2016 record "Awaken, My Love!", the last three years have seen Childish Gambino unexpectedly step forward as one of hip-hop's most crucial and artistic names, interpolating his music - which ranges from subtle, minimalist R&B to high-octane trap-rap - with imagery and symbolism to paint a pictures predominately centred around today's America and its growing battles with matters including racism and gun violence. It was something most emphasised and apparent on last year's quick-stomping comeback single This Is America, which critiqued much of these issues through subtle lyricism and visuals in its now-infamous video clip, but it's something that's been prevalent in much of Gambino's work since Camp, and it's something his live show - as we now know - complements in the grandest affair. This is his church. Childish Gambino is the preacher, and his story is one you should listen to.

Kicking off with Atavista, a long-winding unreleased cut he's been previewing at shows for much of the last year, the next 90 minutes is Childish Gambino's time to educate and our time to experience. Backed by moving screens, he swerves between tracks old, new and unreleased, telling stories both lyrically and visually as he moves around the stage with that signature Gambino swagger that have grown to be a favourite since This Is America's visualised re-introduction, from the aggressive Algorythm - another unreleased tease - to the twinkling sun-soaked ballad Summertime Magic. On Atavista, a five-piece gospel choir join, while after the bass-shattering reckoning of his because the internet highlight II. Worldstar, a visual intermission sees him travel the halls underneath HBF Stadium, only to reappear amidst the grandstands for Late Night In Kauai.

In between crowd walks and band intros, it's easy to get think that Childish Gambino is just another rapper performing just another rap show. However, as we learnt from Kendrick Lamar just this time last year, it often goes deeper, and with Childish Gambino's knack for storytelling (Atlanta, his critically-acclaimed TV show, is amongst the best in the world right now) and subtlety, it's the little details you often don't pick up on. Wearing only two gold chains and white linen pants, Gambino prances around the stage with the groove of James Brown but wide-eyed and ready, even the Jim Crow caricature referenced in This Is America's video returns as he dances, giving a nod to the rich, but hard-earnt culture of African-American theatre.

Returning to the centre-stage, Childish Gambino's second third of the show is largely centred around the soft grooves of "Awaken, My Love!", allowing a chance to breathe amongst the madness that came previously. On Boogieman, he interpolates one of the album's big successes - Me And Your Mama - underneath the song's wailing cries. Throughout, the choir come and go; his constantly-moving back screens opening up to let them come and go alongside his guitarist, who while Gambino stretches behind, wrecks an unexpectedly riff-fuelled havoc. He re-confirms that this is his last tour as Childish Gambino ("thanks for coming to the last tour and witnessing this spectacle, he says") and shouts out Tame Impala ("Do y'all fuck with Tame Impala? I fuck with Tame Impala. Black people really fuck with Tame Impala, y'all should be proud of him") before drowning on Terrified - literally. In a visual that runs alongside his screaming cries, Gambino struggles underwater, half-dancing, half-gasping for air. 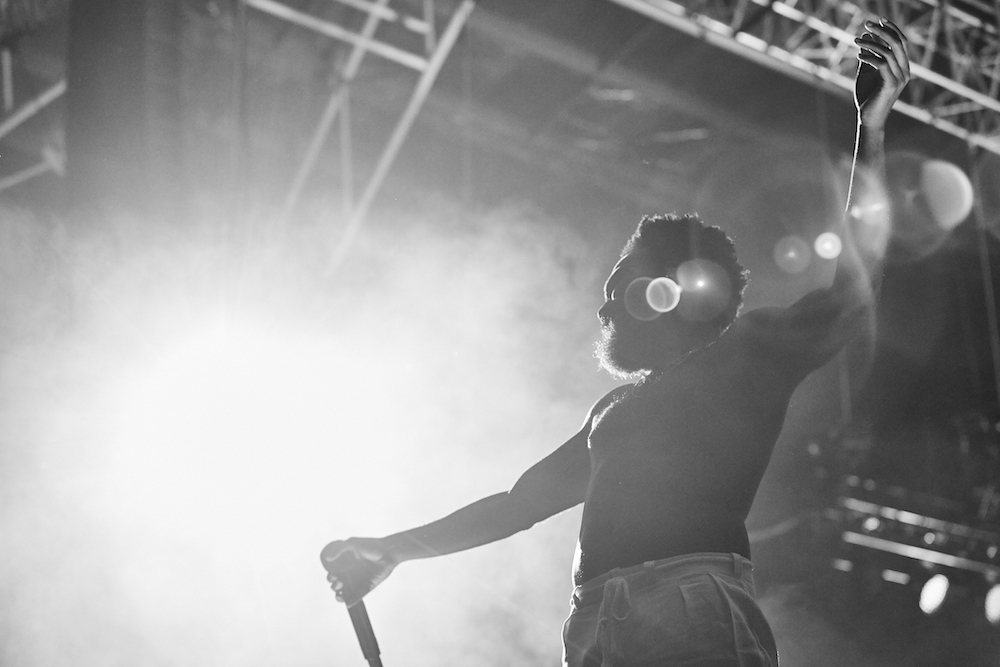 The show's last-third - the final chapter, he says - is more of a greatest hits set than anything else, but it encompasses his work across albums without taking away from the meaning behind them - or, in some cases, solidifies meanings you might not recognise on first listen. On Feels Like Summer, the second twinkling summer-themed single to arrive last year, his lyrics on climate change and global warming are met by burning palm trees behind it, diving further down a track meaning often over-looked. Then, comes Human Sacrifice, a long-desired unreleased single - "something we're previewing and working on at the moment," he says - which spans at least six minutes in its live form and carries one of the strongest bass-lines of the year - if it gets released. This Is America shakes with the vigorousity it holds in its recorded format, as he dances with school kids who, when the track falls away and breaks into a drum jam outro, point their hands to him like guns, referencing the initial video clip.

After a four-strong run of the greatest hits which follow - Sober, 3005 (which live, is transformed into a percussive island tune without its signature walls of bass), Sweatpants and finally, Redbone - it becomes clear that Childish Gambino is a visionary not just in hip-hop, but in culture full stop. In his discography, set to end with one final album sometime soon, he moves between heavy-firing trap-rap and tropical R&B ballads, giving each the signature Childish Gambino touch to each sound as he evolves. Elsewhere, as Donald Glover, he's showcasing how far he's come since the days of 30 Rock and Community, whether it be in music visuals - This Is America is arguably rap music's most talked about video - or starring as Simba in the upcoming Lion King remake, deepening his strengths as a multi-disciplinary artist who is capable of moving between his fields at the drop of the hat.

Childish Gambino is everywhere, and cannot be missed. This is his world, we're merely living in it.

Childish Gambino will perform in Melbourne and Sydney over the next two weeks, plus a headline show at Splendour In The Grass and Adelaide's Spin Off Festival. 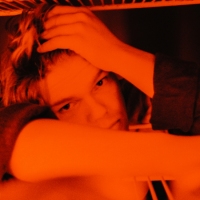 Meet Charlie Threads, who presents something to love with HigherIf you're yet to be acquainted with the Victorian force-on-the-rise, consider this a chance to do so. 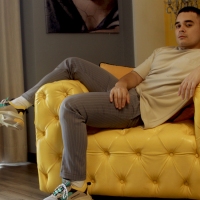 Premiere: Meet Boy Graduate, who showcases his sound with Do You Understand Your PowerThe rising Melbourne-based MC, one everyone should be keeping an eye, will share a new EP later this year.
Rap / R&B