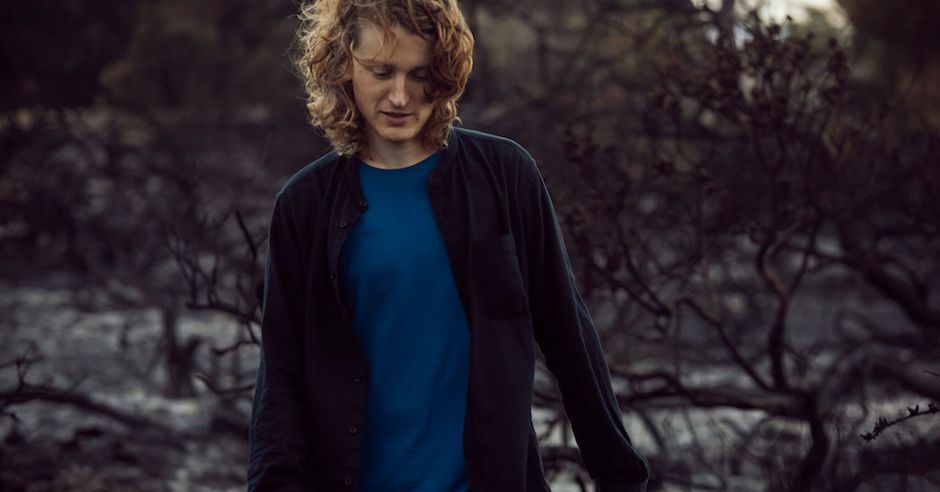 There's a complexity that comes with mixing electronic production with organic instrumentation, but on the off-chance that you can pull it off masterfully, the results are often phenomenal. Brisbane's Sampology is an artist who can, with the DJ-producer-musician flexing this musicianship muscle hard on his captivating and expansive sophomore EP Mt Glorious - out now. Over the EP's dizzying six tracks, Sampology - real name Sam Poggioli - mixes his enchanting electronic pulse with thick instrumentation and sampling, uniting the worlds of synthetic and organic while his builds cinematic landscapes with his work. Mt Glorious, the EP's leading title-track influenced by the Queensland national park of the same name, unites this driving percussion line with field samples from the area, soothing strings from all-female string quartet Meraki, and the warm vocals of Hannah Macklin, while other tracks combine soul and jazz-infused productions with vocals from names such as Jordan Rakei.

Uniting all these delicate layers with intricacy and precision expected by names like Jon Hopkins and Jamie XX, Sampology can create aural landscapes on Mt Glorious, whisking you away to picturesque lands like the aforementioned national park with ease. "Mt Glorious is a single a bit more subdued in its execution," we repeated at the single's release earlier in the year. "Channelling names like Bonobo by crafting a single thick with percussive sampling, [Sampology] drives the rest of the song's melodies and guides it through highs and lows."

With a national headline done and the full Mt Glorious EP out now, we caught up with the Brisbane musician to have a quick chat about the release, sampling from other cultures respectfully, working with Jordan Rakei and more. Dive into it all below, and catch him at Brisbane's A Love Supreme Block Party in late-September with JNETT, Pink Matter and more - deets and tickets HERE.

Sam! Congratulations on your new EP, Mt Glorious. Can you tell us a bit about the EP, how it came together, and how long it’s been in the works for?

Thankyou! Now the six-track EP is wrapped and about to drop, I've been reflecting on it and realising it's both a step forward and a coming full circle type deal. For me, the layers of different colours and textures reflect my start in making music which was sample-heavy productions of disparate sources. My initial influence as a teen was sample-heavy hip-hop like native tongues as well as acts like The Avalanches. The step forward the last couple of years is I've been recording a lot more instruments myself in my home studio in Brisbane, string groups, choirs, jazz bands and instrumentalists as well as playing a bunch of things myself and using them either for specific songs or building my own sample libraries of recorded sounds. Additionally, little bits of progress in knowledge around harmony and chords I think has allowed me to start to get different moods in there, like the piano chords in the title track from the EP.

The EP combines synthetic sounds with live instrumentation and field recordings – what’s your approach to planning out what you’re going to put into a track and how do you combine it all together without it feeling too much?

The planning side of things changes from project to project. I've found I work often with the adding and subtraction method where I'll layer on sounds, or combine different songs I've been working on together and then take away bits that don’t feel right. That's what feels right now for the approach for current projects I've been working on but I reckon I'll change that approach in the future for different projects.

The EP also features a lot of influence from other cultures – the steel drums from the title track is something you’ll find easily in the Caribbean, the jazzy undertones commonly found from the US’ south. Do you find inspiration from other cultures, and how do you respectfully intertwine their sounds with your own?

In regards to the respectfully intertwining sounds of different cultures, the older I've gotten, the broader my exposure to both different sounds and the ethics around influence and use. I think it's important to ask yourself a bunch of questions around intentions as an artist when making music, like 'I was born in the 80s in Australia, does my music sound like it's trying to be passed off as from a specific era, location or scene that Im not from to trick people or romanticize something I don’t have ownership of?' For me, I do ask myself a bunch of questions and enjoy using different sounds and instruments as a colour pallet. Most of my knoweldge in this area has been from being a DJ and feeling that it's important to learn about the context of the music im playing. There's lots of positive examples from different decades and even centuries of musical cross pollination but there's negative examples like bootleging of African vinyl albums in previous decades as one example. But that's actually changing now with more examples in the music reissue world where original musicians are now getting income from these types of releases. It’s a really broad and interesting issue and I think it's important to continue ask yourself lots of questions about these topics as a musician.

Nature is obviously another large influence in the EP – seeing as you named it after a national park just out of Brisbane. What inspiration do you find in your surroundings and how do you channel that into your music?

I think everyone is able to find endless inspiration in nature, that well will never run dry. For me, the nature thing is a form of self-therapy as like many people I spend so much time indoors either looking at a laptop screen or playing with hard angular music gear. I grew up not really consciously appreciating it and I've always been more into living in cities and still do because being able to go to music gigs and record stores is really important to me. I also read Ralph Waldo Emerson's 'Nature' recently, really beautiful stuff..

My Place sees you link up with Jordan Rakei – who’s a huge name in himself. How did that collaboration come about, and what was the process of working with him?

The original version of that song was recorded a while back when Jordan was still living in Brisbane. It evolved over the last couple of years with the addition and subtraction of different sounds. he's a really inspiring and special musician/ human, when I met him and heard him sing I felt really appreciative that he exists in the world.

Your live show has changed a lot of the years – I remember seeing you with your AVDJ show at Big Day Out, and then seeing how it’s transformed into its current state is amazing. To you, what is the importance of a captivating live show, and what do you find you love in other people’s live shows?

The importance of a captivating live show for my own sets has definitely evolved. From having the initial AVDJ show which my main reason for jumping onto was the promise and potential of crazy creative ideas, combining audio and visual content together and juxtaposing different scenes and sounds. The visual component of my live show now is different as it's built around my own music. It's set up so what im doing with my audio gear with samplers, keyboards and drum machine is synced and layered with the visuals so I can improvise and extend sections of songs night to night. It will continue to evolve and a future goal is to bring a drummer and keyboard/bass player with me on my shows.

You’re also behind some of the art that accompanies the release and your live show. How do you combine visual art and music together? Does art influence your music?

Reflecting on the last couple of years I can see that a broad number of colours has been really important for both the music and visual component. My mum is a visual artist and she encouraged me to start drawing again a bit over a year ago, which I hadn't really done since high school. The new animations for the live show as well as the cover art for the Mt Glorious digital and vinyl releases have been part of me starting to draw again, scanning in work as i'm making it and altering it slightly digitally. I'm happy with the music and art that’s all coming out now because it reflects pretty honestly where I'm at, and it'll all definitely evolve and grow into different sounding and looking things in the next projects. 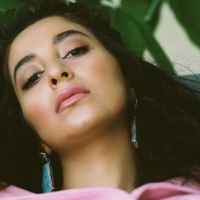 Wafia debuts a more upbeat and confident sound with new single, I'm GoodFollowing on from her touching VIII EP earlier this year, Wafia's latest showcases a more pop-centric side of the Australian musician. 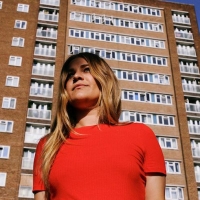 JEFFE continues her rise with sensational new single, UndecidedMake sure to catch the 2018 one-to-watch at the upcoming BIGSOUND conference, or supporting No Mono this August/September.
Electronic