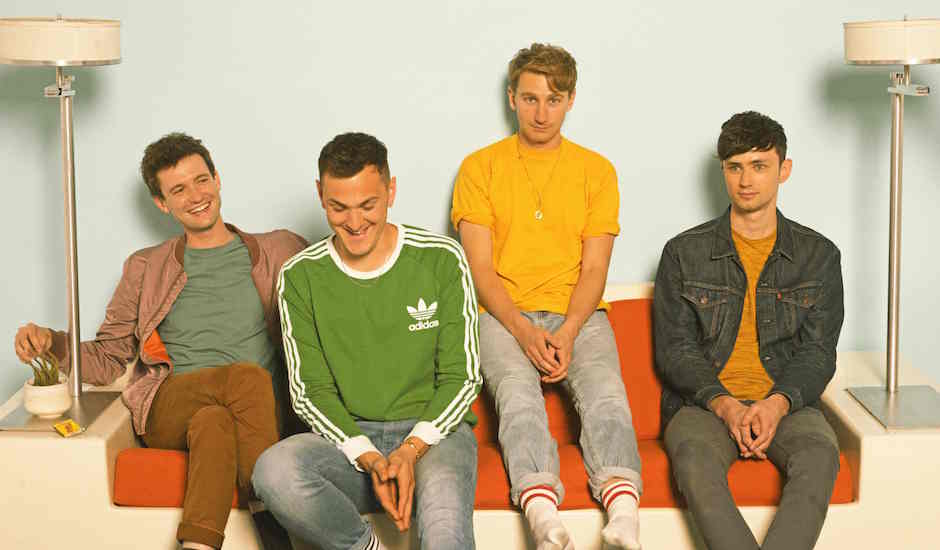 If there has been a more hotly anticipated sophomore record release this year than Glass Animals' How To Be A Human Being; we didn't hear about it. The Oxford quartet blew minds back in 2014 with their dazzling, debut full-length, Zaba, and the follow up effort sees Glass Animals taking their unique brand of electro-infused pop and R&B to yet another level, both lyrically and sonically. The soundscapes explored across the four-piece's brilliantly bizarre, new 11-track release are paired to perfection with vocalist Dave Bayley's signature quirky wordplay; with the frontman delving into far deeper, more mysterious territory on How To Be A Human Being. We had the joy of jumping on the phone with Bayley to chat about How To Be A Human Being dropping last Friday, with the frontman letting us in on some of the dark but spectacular stories that inspired his writing for the album.

Stream it below or grab it HERE.

There’s a lot going on throughout the new record, How To Be A Human Being. I hear a lot of west coast hip hop influence in there, and then there's that video game style as well. Can you take me through the method of writing this album?

Basically I was travelling so much, meeting all these people on tour. You wake up, get out of your bus, there are vans there, you go to the venue, meet new people there every day working on the venue, getting a massive party, get a taxi driver on the way there. So you're meeting all of these people who are telling you amazing, amazing stories about themselves, about their friends, things they’ve done, and I started cheekily recording them - just for the appetite of memory. I remembered all these weird things these people had told me, about eight months ago, and I started listening back to all of them. I started thinking about how people tell stories; what they embellish, what they might leave out, what that means about them, what they're actually saying - and I thought it would be interesting to make that new character and write my own stories with a bit of an autobiography in there. So yeah, I just started writing the stories as lyrics, and that turned into a record.

Can you take me through some of the sounds on the record? It sounds like everything was created from scratch and that there weren't many samples used?

It’s funny because I wrote all of these stories and made big diagrams of all of the people and all of the stories, in quite serious detail. So that helped to guide the phonics, helped guide the sounds of the chords and the actual music, potentially writing them as a theme song. Actually coming up with the sounds, I tried not to listen to any other music, tried not to reference anything. Basically, it was making sounds that popped into my head when I thought about who these people were, what they might do, everything about them.

One of my favourite songs from the album was Mama's Gun. To me it had a movie score-ish style, there was something about the way it progressed. Take me through that song.

Sure, yeah. I don’t want to tell you exactly what it’s about, I just want to keep it vague. If I tell people, it diminishes the story and it can kinda ruin it for some people. The idea came from a story I heard from a taxi driver, she was driving me around and we passed a strip club. She said she had a good story about that strip club and I asked if she could please tell me and I started recording. Basically, she said that she used to drive long haul trucks across the United States, all the away across into Mexico. To do it faster, she would take drugs, take crystal meth, so she wouldn’t have to sleep. She would go all the across the states and back in a week, with no sleep at all. One day, she overdid it, the crystal meth, and blacked out. She woke up some time later in a strip club, looked up at one of the strippers and was like "Where am I?", and the stripper said "You’re in the strip club. Are you okay?", and she was like "Yeah, I just blacked out, what day is it?", and the stripper told her what the day was and she worked out that she'd basically blacked out for a month.

Yeah, she doesn’t remember how she got there, she doesn’t remember where the truck was that she was driving. She didn’t know what state she was in. So she has no memory of this time and she strongly thinks that she’s done something absolutely awful. She thinks that basically she might have killed someone. So she feels all of this guilt but she’ll never know if something actually happened or not. So that song is about that feeling of never really knowing something solidly. That’s the idea; a very creepy, weird feeling. It kinda plays on mental illness, there’s a lot of reference to that.

Do you ever get surprised by the things you find out from people?

I quite often wonder why people are so open. I mean, I’m quite open all the time because I know I’ll never meet that taxi driver again. She doesn’t know who I am and I don’t know who she is. We were just two strangers crossing for a moment, and for some reason that allows people to share some things, a story to each other, a story you don’t know is totally true. Maybe it is true and maybe she never told her friends. It’s quite an awful thing. It is very interesting why people open up about that sort of thing.

So I stumbled upon Raygun123.com, can you take me through that?

The last record was quite abstract, quite hard to understand, and I didn’t want to do that this time because this record is about people. I guess the whole theme of this record is people. That’s obviously a much more down to earth subject matter than the fantasy world used last time. So I wanted people to get into these characters, really let them become alive. That was a way for the characters to exist beyond the song and beyond the music video. There are a lot of references for people to find, about the song, life itself, old sci-fi movies and sci-fi tunes. A lot about Flash Gordon, the flesh maybe gives people a couple of clues about that. If people want to dig into it they can, otherwise it’s just a bit of fun. You can click around and find some weird shit, it also gives you a way into the character’s head, to work out what some of the lyrics might be getting at.

People don’t buy physical records that often anymore. I love vinyl, I think it’s amazing to be able to partly offer a way into the music. I think because everything is consumed digitally now it’s important to find new ways to do what vinyl did to allow people in - to allow people to know a little bit more about the context of the music. 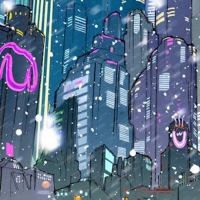 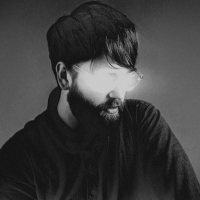 Delve into Braille Face's debut album Kōya with insights on its creation from the man himselfThe Melbourne-based beat-maker takes us through four of his favourite cuts from the album and leaves us to bask in the rest.
Electronic