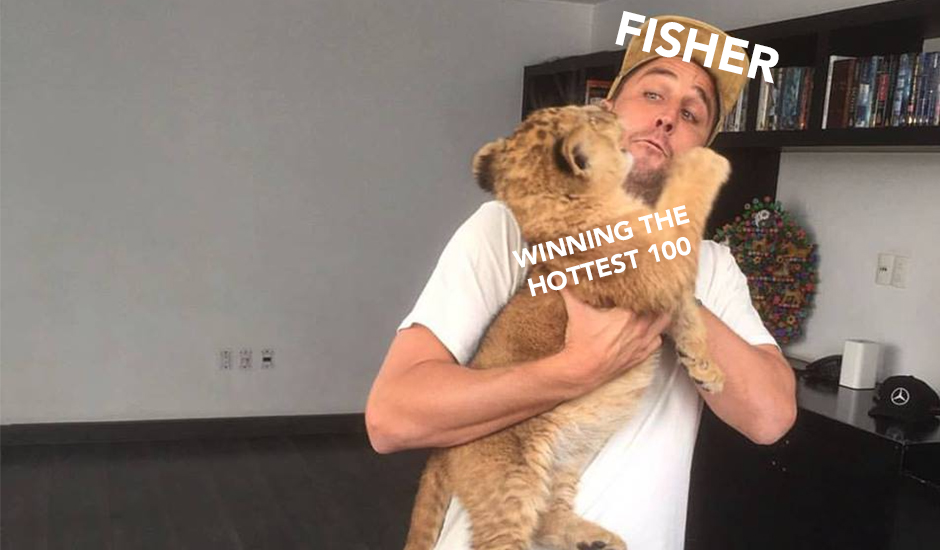 Usually, by this time of year, a possible winner of the impending Hottest 100 is typically somewhat obvious. By November last year, it was fairly obvious that either Kendrick or Gang Of Youths would take it out - the former just sneaking it in as Gang of Youths' votes were spread across about 50 different songs in the top 10 - and in the years prior, it was fairly clear cut that the biggest songs of the year belonged to Flume, The Rubens (or Kendrick, who came in #2) and so on. This year, however, seems a little different.

While there have been some pretty popular and heavily played songs across triple j and commercial radio released through the year, none have really had the national impact of say Flume's Never Be Like You or Vance Joy's Riptide. Childish Gambino's This Is America, for example, is currently the bookies' bet at #1 by a pretty clear gap, and while the song was definitely big and definitely got a lot of radio play, it wasn't nearly as inescapable for nearly as long of a time as Never Be Like You, and I'm fairly sure half the country hates the bloke after he cancelled his latest Australian tour. Dean Lewis' Be Alright and Amy Shark's I Said Hi are the next tips and again, while they both got traction on commercial and alternative radio, to call them as popular or dominating as Never Be Like You is a laugh. From here, things only become worse. Drake and Post Malone are too decisive - too many people dislike them for them to get enough votes to come out on top. RÜFÜS DU SOL's Underwater is a tune but isn't really commercially popular, and they're gonna have votes split across a fair few songs. And did anyone actually like Arctic Monkeys' Tranquility Base Hotel and Casino enough to vote it to the top? I don't think so.

Every year, the Hottest 100 winner has the same handful of qualities. You've got to be popular on triple j (durr) and a little bit of a commercial cross-over is nice, but not necessary (take Gang Of Youths, for example, who as far as I'm aware doesn't get played on HIT FM or whatever your local top 40 radio station is). Being Australian generally helps - as last year's countdown was 65% Australian and of the previous 20 Hottest 100 winners, 12 of them have been Australian - but having a bit of international acclaim doesn't hurt either, saying as the number of international votes each year keeps climbing (and the Russian bots are probably gonna decide the winner this year). You've got to be popular with the young'ens too (80% of last year's votes came from people younger than 30) and generally, it helps if you have some sort of virality - I mean, Taylor Swift did almost take out a top ten spot thanks to a viral campaign, and let's not pretend that Thrift Shop winning isn't some sort of sick, twisted meme.

So, is there any song released in 2018 that fits into all of these categories? There is, and Aussies farkin' love it.

FISHER's Losing It might just be the dark horse/fish of this year's Hottest 100.

First of all, he's popular on triple j. According to JPlay, FISHER was the 36th most-played artist on triple j as of the halfway point of this year (coming in above Post Malone, The Rubens and more) and in August, Losing It was triple j's 9th most-played song with a touch under two plays per day. He also has the beginnings of commercial crossover: late-night plays on the Hit Network, regional Australian radio rotation, a top 50 position on the global Shazam charts and a top 25 position on the global Spotify viral charts are just some of the proof. Hell, even my housemate, who I'm fairly sure only listens to Post Malone and nostalgic songs from the 80s like Come On Eileen, knows Losing It - it's a popular song.

He's Australian, so consider that box checked, but he also spends most of his time in the States so he's big there, while in the UK, BBC Radio 1 - just casually the biggest radio station in the country - plays his music fairly often too, meaning he has that international vote on-lock. He also had the most-played song at Tomorrowland (hello, small collection of EDM-frothing Dutch voters), was the most-played song on 1001 Tracklists for a longer time than ScoMo has been PM (meaning every single DJ set you've seen this year basically had the song in it at one point), was #1 on the Beatport charts and ARIA Club Charts for a fair while (fairly sure Gang of Youths didn't top the Beatport charts *sassy nails emoji*), and the list goes on. He's also popular with the kids (I don't think my Nan likes him too much though), so he's definitely got those sections locked.

One of the crucial puzzle pieces in getting a Hottest 100 slot that we haven't mentioned yet is timing. You want the song to come out early enough that people know it well by the time voting comes around, but not too early that everyone has forgotten it. Losing It came out smack-bang in the middle of July - not too early, not too late - and if you think you're gonna forget about the song when voting rolls around, he's playing a bunch of Australian festivals to remind you of his existence - Your Paradise, Origin Fields, Beyond The Valley and Field Day notably - and let's face it, it's basically going to be PNAU's Chameleon 2.0 in the sense that every single water-side pop-up bar will have it blaring from their speakers about five times each night, as every single DJ redlines the hell out of it to get the place "heaving bro" so their shoddy, $80 under-the-table cash payment feels all the more sweeter.

However, in saying that, Dean Lewis and Amy Shark hold most of these qualities too. They're popular on triple j AND commercial radio, and while I don't think ol' mate Amy Shark has had much action on the Beatport chart, she's had a bit of love on the ARIA Chart (does that mean anything though? XXXTentacion has three songs in there, and Queen - culturally relevant for the first time without Adam Lambert's help since the early 90s - have a few songs in there too, and I can't see either of those taking out the top spot). They're both playing a bunch of shows and festivals too.

So where is it that FISHER comes out on top? Sweet, sweet meme power.

Take a dive on FISHER's Facebook and you'll find very few music-related posts. Instead, you'll find random funny videos with view counts in the hundreds of thousands, many featuring the Fish himself either beer-battered or fried doing random antics like hijacking his club promoter's car, annoying DJ Khaled, or showcasing the ol' #flickofdawrist at packed-out crowds around the world. Elon Musk tweeted the song out the other day (?!). Chris Hemsworth is a fan, so is his brother Liam and Matt Damon. All it's going to take for FISHER to nab the top spot is a quick video of him laughing at the camera and telling c*nts to vote and before you know it, he's going to on the top.

Also, it's a fucking banger and we'll hear no different. #FISHER4HOTTEST100. 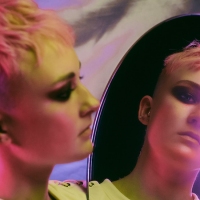 5 Things I’ve Learnt While Living in Berlin with AtaleinThe usually Melbourne-based producer has some sage advice for Germany-bound folk. 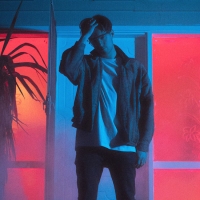 Premiere: AIRPORTS lays it all out on exciting new single, Live In My HeadAn emerging star not afraid to confront his own issues and help others.
Electronic